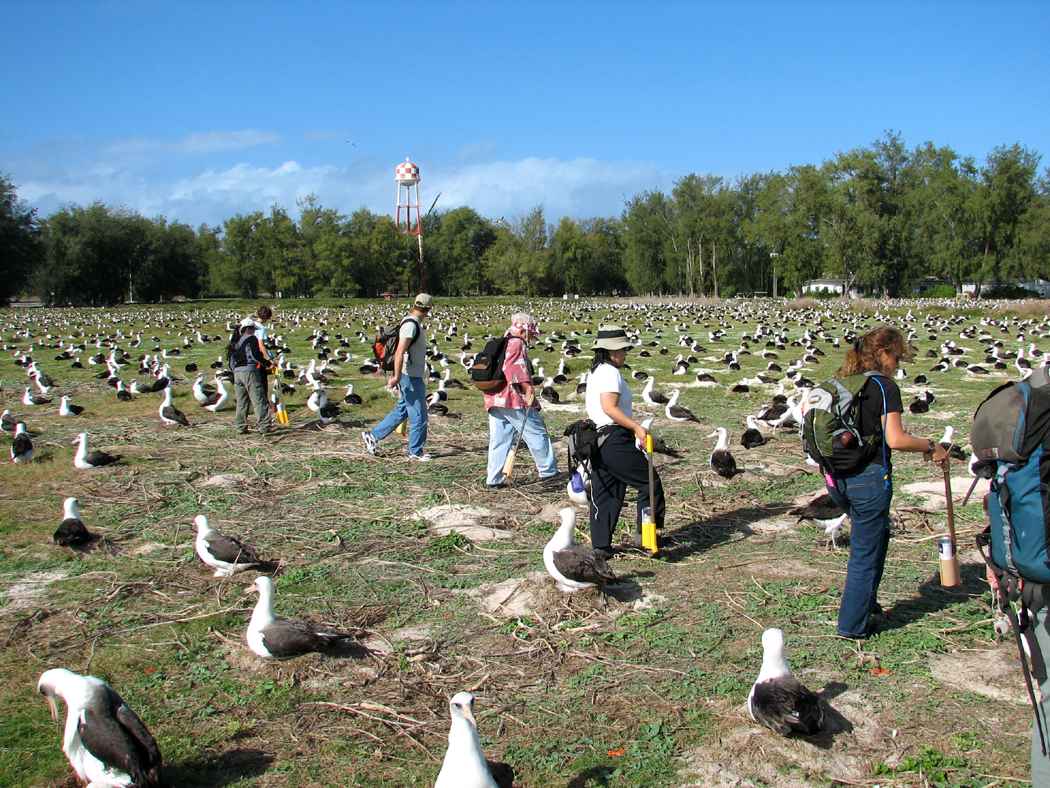 Growing awareness and disgust with mass hunting parties that fuelled fads such as bird feathers in fashion led to the formation of societies dedicated to protecting rather than killing the birds. Those societies work together now, conducting vast citizen science projects known as bird counts to keep that awareness going.

The National Audubon Society (NAS, or simply Audubon) is a non-profit organisation based in New York, USA, named after the ornithologist and painter John James Audubon, and has been going strong since 1905. Audubon consists of over 450 local chapters, with 23 state programs.

These Side Hunts were acknowledged to be hastening the extinction of bird species.

Each chapter operates in its own state-wide area, striving to “protect and conserve the environment through science-based education and advocacy”, focussing on that state’s bird population and habitats. (If you live in the US, and you’re not sure where your local chapter is, you can find out here on this really useful location map).

A grand day out?

In the late 1800s and early 1900s, a Christmas “tradition” was formed where men with guns would arrange themselves into teams, or “sides”, and go off and hunt and kill as many birds and other animals as they could find, and at the end of it, see which side had the greatest number of dead, and then congratulate each other on a day well spent.

At the same time, as awareness of humanity’s negative impact on wildlife and the surrounding environment had been gathering pace, these Side Hunts were acknowledged to be hastening the extinction of bird species all over North America.

You can take part wherever you are in the world.

In 1900, self-taught ornithologist Frank M. Chapman suggested to his fellow conservationists in his magazine Bird-Lore (the predecessor to today’s Audubon Magazine) how about walking the talk and doing something a bit more useful by laying down the guns, picking up the field-glasses, and count birds, instead of killing them.

Thankfully, the idea was warmly received, and on the 25th December of that year, Mr Chapman and 26 of his cohorts in other parts of America took part in the very first Christmas Bird Count (CBC).

The CBC is now the longest running citizen science survey in the world, carried out by thousands of volunteers in the western hemisphere between December 14th and January 5th each year.

Overseen by Audubon in conjunction with The Cornell Lab of Ornithology, people of every skill level must first register to be in a census team, and when the time comes, they all head out into the biting wind and snows, observing and recording the bird species they see in a set area which has the same 24km diameter each year. Many teams then have a celebratory dinner or dance afterwards.

The data is then submitted via eBird, forming one of the largest consistent sets of wildlife survey data in the world; and the number crunching begins. Scientists waiting in the wings (pun intended) go to work and see what they can find out about the state of affairs compared to the previous century or so’s data, and draw conclusions and paths of action based on real-time information, an absolutely crucial element to any conservation effort.

Bird counts hold the key to everyone having access to and understanding meaningful data.

Almost 100 years after that first CBC, in 1998 Audubon introduced the first ever annual Great Backyard Bird Count, the first online citizen-science project to collect data and display results in near real time. Birds Canada joined in 2009, and in 2013, the project went global. The count follows the same idea as CBC, but is far looser in terms of where you are and who you’re with.

You can participate alone or with anyone you like and find your own area to observe, or just sit at home and count the birds you see coming to your feeders. You just need to spend the very minimum of 15 minutes or more during a specific four days in February, the dates decided beforehand by Audubon.

What’s more, although this is coordinated in the US, you can take part wherever you are in the world. You can install eBird’s free Merlin app onto your Android or iPhone smartphone, and just instantly upload your observations there and then, but you can also just jot them down however you like and then upload them to the website within 2 weeks of the end of the count window.

Why would the wood thrush hush?

But what is done with all this data?

Well, there are hundreds of examples in the archives of the local Audubon chapters that you can research, but one of the major realisations of relatively recent data gathered by volunteers was the determination of what was happening to the wood thrush.

It was discovered that this innocuously named passerine that was usually found in abundance across the eastern United States and southern Canada was in sharp decline, so much so that the official bird of the District of Columbia also became a symbol of the decline of Neotropical songbirds of North America. A study in 2002 of wood thrush bird count data became the first large-scale analysis definitively linking acid rain to the species’ decline.

Combined with poor forestry management practices, the loss of primary and secondary forest habitats to acid rain has seen their numbers fall 50% since the 1960s, and its beautiful flute-like haunting call, once commonly heard along the Atlantic Coast and in New England, has fallen silent. Still 20 years on, although far better regulated than before, acid rain continues to damage natural habitats for many more species besides.

Even though the battle to regulate pollution rages on, having the knowledge to back up the claims can be a powerful tool. Learning to wield that tool comes with practice.

This democratisation of science arguably began with the invention of the printing press way back in 1440: suddenly everyone was given the chance to access information normally reserved for the elite and educated.

Fast forward 600 years or so, with the advent of digital technology, citizen or community science events like these bird counts hold the key to everyone having access to and understanding meaningful data, thereby leading to faster advancements in research and regulation, rather than guesses in the dark based on assumption.

Treating citizens as scientists in this way is an extraordinary and important step in educating everyone about how the environment is affected both by the few who seek to exploit it and the many destined to live in it.

Just because people have “always done it”, it doesn’t mean it’s the right thing to do. Once upon a time, one such tradition was challenged by kind men and women, and another less destructive one took its place; and now the world knows more about something than less.

Over 100 million bird observations are entered onto eBird every year, making coordinated bird counts like CBC and GBBC remarkable feats of biodiversity acknowledgement that are not only extremely vital to understanding how our beloved birds are doing, (ergo our world), but they are also great fun, time well spent with family and friends, and getting us out into, or at least aware of, the open air, while it’s still there.