Lookalike Birds At Your Feeder: Chickadees 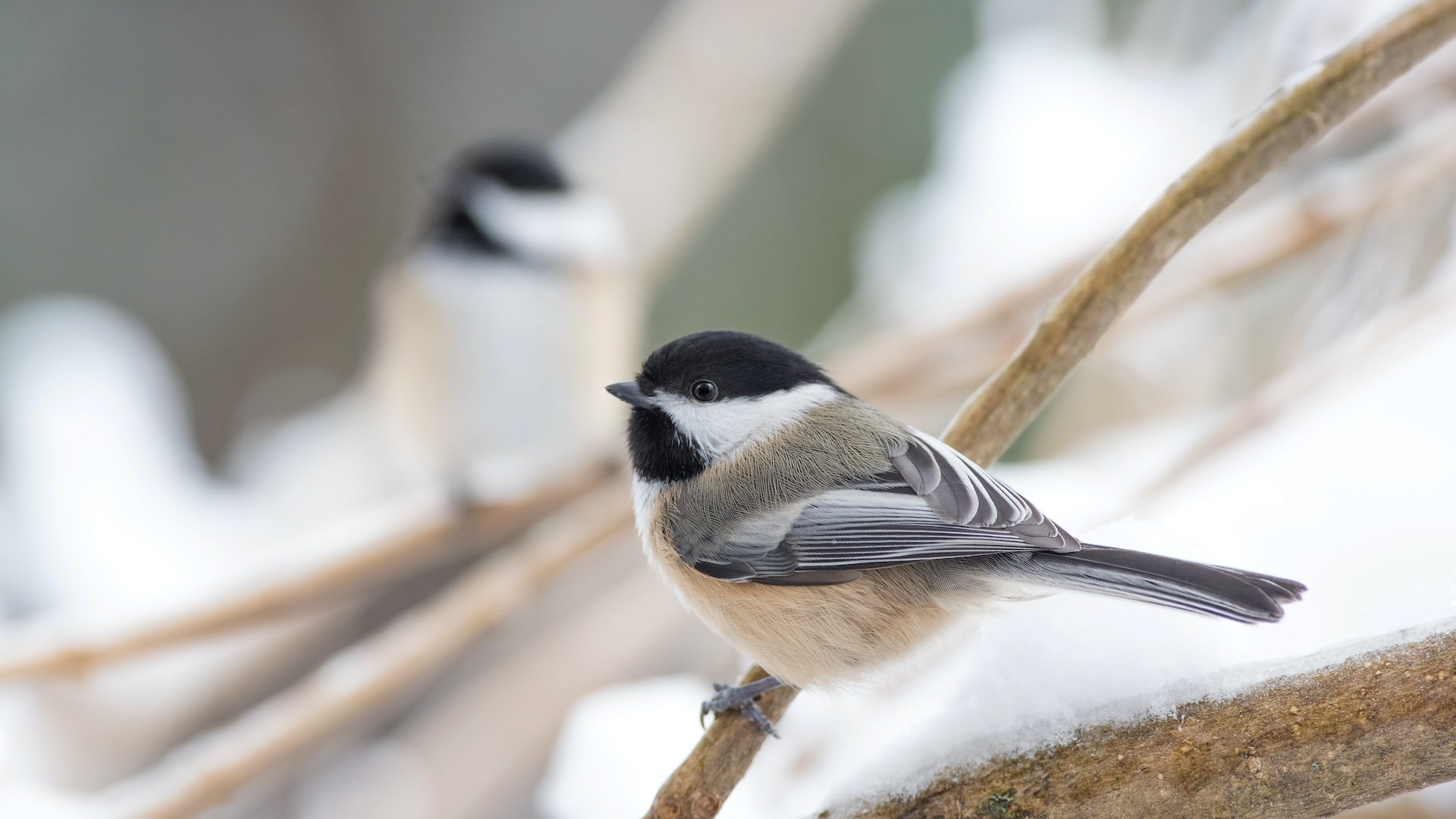 If you live in the northern hemisphere then chances are your feeders are up and fully stocked (if you’re Down Under, by all means carry on feeding them there too, but don’t be too surprised to see attendance drop-off as you head into natural food-abundant summer). But just who is coming to your feeder? Some of the most popular birds to take you up on dinner also happen to look remarkably similar, so today we open a series of articles and walk you through some of the more frequent lookalikes and some handy ID tips, starting with North America’s chickadees.

First of all, a warning – If you live in a region where the wild birds are currently being plagued by terrible bird flu or any other avian illness, then of course, listen to the appropriate authorities and remove your feeders until directed to do otherwise. You can check your local status on bird flu here for the USA, and for the UK go here, and here for Europe.

Otherwise, here’s hoping your feeders are outside where they can do their thing, and there’s plenty of nibbles to go round. Frequent visitors are of course the songbirds, and if you’re lucky you’ll be seeing a wide variety of species headed over to supplement their daily foraging. But – hold on – that one looks a lot like that one, and field guides and ID apps are always telling us there are similar looking species; so which type have I got?

Two of the most commonly confused small birds in North America are the Black-capped chickadee and the Carolina chickadee. These busy little birdies are part of a group of birds named after their calls, and number among 50 or so other similar species that form part of a very large family that covers most of the northern hemisphere, the Paridae, that also includes tits and titmice. Let’s take a look at how you can figure these particular little ones out.

These two chickadee species cover extensive ground, sometimes overlapping, but a big clue to know which one you’re looking at is first knowing where you are: Carolinas live all over the south-eastern U.S. as far west as Oklahoma, and Black-capped are by far the most common of the two, found all across the northern U.S. and much of Canada. They do overlap in several states, though, specifically a relatively narrow looping band that lazily crosses the midriff of America like a loosely buckled belt. Stretching from New Jersey west to Kansas, this zone has also been shifting slowly northward over the past few decades.

Currently, the boundaries pass from north NJ, through east and southeast PA and then down along the edges of the Appalachians with a small range breaking off into TN and NC, with the main loop coming back up around WV back into southwest PA again, then meandering westwards along a route through OH, IN, IL, MO and KS. Carolina Chickadees seldom wander north of the line, but a few Black-capped show up south of it during winter “invasions.” Somewhat adding to the issues with identification in these states, they often interbreed, producing a hybrid zone, although this is usually no more than 20 miles wide.

Unluckily, if you live there, positive identification of either is rare if not impossible. However, bear in mind that Black-capped are more cold-hardy birds, comfortable at higher elevations, so when they converge in the Appalachians, the further up you go, the less likely you’re looking at a Carolina. Note their behavior, too – Black-capped tolerate the company of humans far better than Carolinas and will hop around just a few feet away; the shyer Carolinas will fly off to the safety and cover of the woods as you approach.

As with many birds who appear similar, their voice is the best place to start – hear that, and you’ve often got yourself the perfect distinguishing feature. Carolinas have a very animated voice, like they’ve had a few espressos before dawn, peppered with high pitches, whereas the black-capped chickadees tend to sound more laid back with a lower tone overall.

The songs differ in note frequency – Carolinas often use four or more rapid notes, whereas black-capped use two, sometimes three, and the spacing between them is longer. The distinctive “chick-a-dee-dee” calls are multi-faceted, alas, but there are still differences if you listen hard. The main thing to bear in mind is, if it sounds like it’s suddenly landed on a fizzing firework, it’s a Carolina, but if it sounds like they’ve discovered the firework hasn’t yet been lit, it’s a black-capped. There are excellent recordings on the Cornell Lab of Ornithology’s web pages: Carolina here, and Black-capped here.

If the sounds are too hard for you, or the ones you see are simply silent or you can’t hear them, then look to the wings. In the black-capped chickadee, the wing feathers have white edges that are larger and more conspicuous than those of the Carolina chickadee, which tend to be narrow when visible.

Other distinguishing plumage can be seen: both species have white cheeks, but the Black-capped white area looks bright all the way to the edge of the upper back, but on Carolinas, the white fades gradually into the gray feathers going back toward the nape. Carolinas also have a nice sharp edge to their bibs, whereas the Black-capped looks raggedy.

Overall, when in fresh, newly molted plumage, the Black-capped tends to look more colorful, with buff flanks and an olive-green tinge to the back, and Carolinas have a general gray hue all over. Also, their size can be a hint – Black-capped are larger than Carolinas, coming in at around 12 – 15 cm from tail tip to beak tip, and Carolinas are smaller, between 11.5 – 13cm.

Genetic evidence suggests these species diverged around 2.5million years ago, so, honestly, there are differences. Despite looking so similar, with practice you will eventually be able to confidently point and name that bird in one. In the meantime, sit back and enjoy the visits from these active and adorable black, white and buff coloured round puffs of feathers, whichever one it is you see.