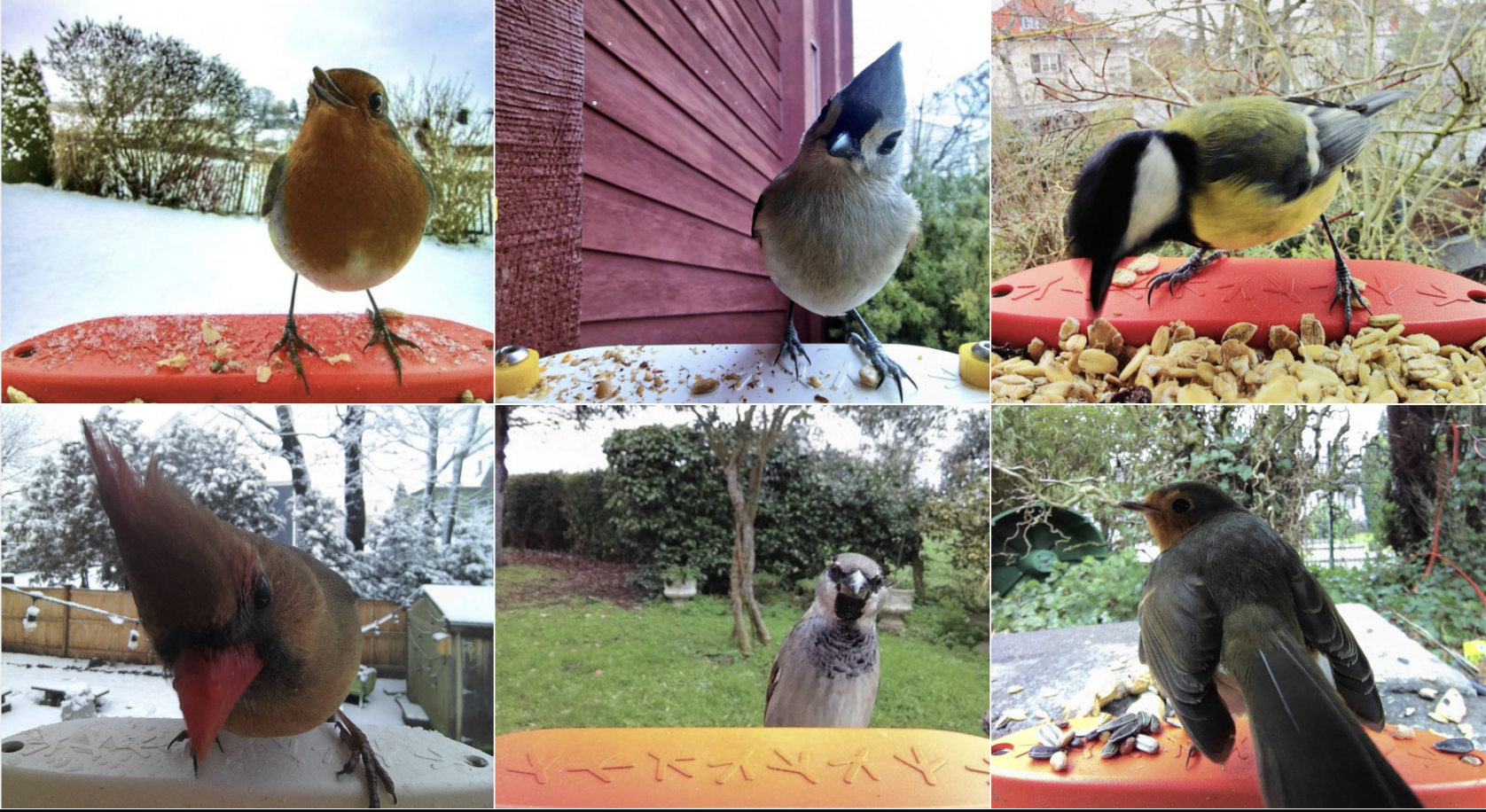 Bird Buddies in the Wild

The birds of the British Isles are experiencing the same issues as all birds the world over as habitat loss and other influences reduce their numbers at a horrifying pace. Every year in wintertime over one weekend, everyone in the UK is invited to spend just one hour of their time making a note of how many different species of birds they see, and then submitting those results to the country’s leading wildlife charity, the Royal Society for the Protection of Birds. Today’s blog takes a look at this amazing opportunity to help all birds.

The term citizen science carries so much power that the people who came up with it should be patting themselves on the back every day. Now used the world over, the term was independently coined on both sides of the Atlantic at around the same time in the 1990s, by Rick Bonney in the US and Alan Irwin in the UK.

Both had slightly different approaches as to how this should be implemented, but nowadays this umbrella term has replaced all other terms that had floated around the corridors of research institutes for many years before that – lay-person participation, participant-driven research, community engagement and so on; but those two words ‘citizen’ and ‘science’ marry so well, that this has now become the go-to phrase to cover all aspects of the practice.

So, what does it mean? Simply put, people like you and me, who in all likelihood hold no formal qualifications as scientists – although it doesn’t matter if you do – go out into the natural world at the request of the “real” scientists and gather data for them – active public involvement in scientific research. Only so much data can be gathered by any one person or even a team all working on the same project – having the dedicated assistance of a good chunk of the population of a country is not to be sniffed at.

Women on a mission

Around 134 years ago, the first inkling of an idea to create a Society where like-minded members of the public could come together, sparked in the minds of three women who would become firm friends and join forces. Emily Williamson, Etta Lemon, and Eliza Phillips held such disgust and disdain against abhorrent practices such as the wholesale slaughter of birds for their feathers for the fashion and hat industry, that they pooled resources and used their high-society connections to spread the word.

Some years later their influence and reputation were so powerful that their Society for the Protection of Birds was awarded Royal Charter status in 1904 – the RSPB had hatched, fledged, and spread its wings. The organization’s influence on creating and enforcing policies to protect and conserve the wild ways and animals of the United Kingdom, primarily birds but also many other flora and fauna in the mix, has reverberated with significant effect in the past 100 hundred plus years. The organization relies solely on charity, and it is a testament to the British people that this Society has so much longevity and purpose.

In 1979, the very first Birdwatch was launched as an activity for school children; ornithologists and biology scientists knew the value of attuning the curious and absorbent mind of the younger population to the joys that can be found outside, hopefully embedding in them not only the wonder of all that exists, but also the understanding that it needs to be protected and cherished at all costs.

The first Big School Birdwatch was a success. As the years passed, the number of people signing up to the RSPB grew and in 1997, membership passed 1 million. The decision to broaden the event to include everyone else was met with applause from all circles, and the first all-inclusive Big Garden Birdwatch occurred on the third weekend in January in 1998.

‍January has always been the chosen month as it is the best time to both see birds when the branches are bare and they come to our feeders when resources are low in their natural habitats, and the resident populations are still boosted by wintering migrants yet to depart for other lands for breeding.

The how, when, and why

The purpose of the Big Garden Birdwatch is twofold and simple – to motivate and mobilize people to help in a national survey of birdlife in the UK, and raise awareness about the need to protect the habitats and larger environment that the birds live in. Every year, new things are discovered, some good, some bad. But what matters is that they are discovered.

As the website says, studies have found that there’s around 38 million fewer birds in the UK than there were 50 years ago, a very sad and shocking situation echoed all over the world. By taking part, you are helping the RSPB (and any other organization where you live who stages events like these) to gather absolutely crucial data to help pinpoint which species are in decline and where they are, or rather, where they aren’t.

At the same time, you are also showing the RSPB and their partners in conservation where previous areas of concern have led to focussed efforts, and the successes that have arisen because of that information and subsequent action.

For example, as a result of these surveys, the humble greenfinch, one of the UK’s most beautiful garden birds, was identified as being at a great risk of vanishing altogether in the mid-1990s – a 63% decline was discovered after a severe bout of trichomoniasis devastated local populations. By 2020, the species was on the IUCNs Red List.

However, after the results of the 2021 BGBW came in, when over 700,000 people recorded over 11 million birds between them, researchers were delighted to discover greenfinch numbers were creeping back up in areas that had shown the worst decline, after those areas had been targeted with awareness campaigns about cleaning and removing feeders during the height of the disease.

This year’s event takes place on the 27th – 29th January and, like every year, is completely free – all you have to do to take part is first register your interest and create an account on the RSPB’s website. This way, when it’s time to submit your results, everything can be tied to your location easily. As an incentive, the RSPB also sends out information packs with illustrations and tips to ID birds.

Whether you do so from your cozy warm home or outside in the winter air, remember to truly embrace the joys of watching birds going about their day. Whether the birds know it or not, you are still helping them, and every conservationist in the world thanks you from their hearts. Without you, their task would be monumental and quite probably impossible to act in time. But with your input and dedication to citizen science, you can change the world.