Back to tales
Bird facts
,
History
,

How Birds Get Into the Skies and Stay There 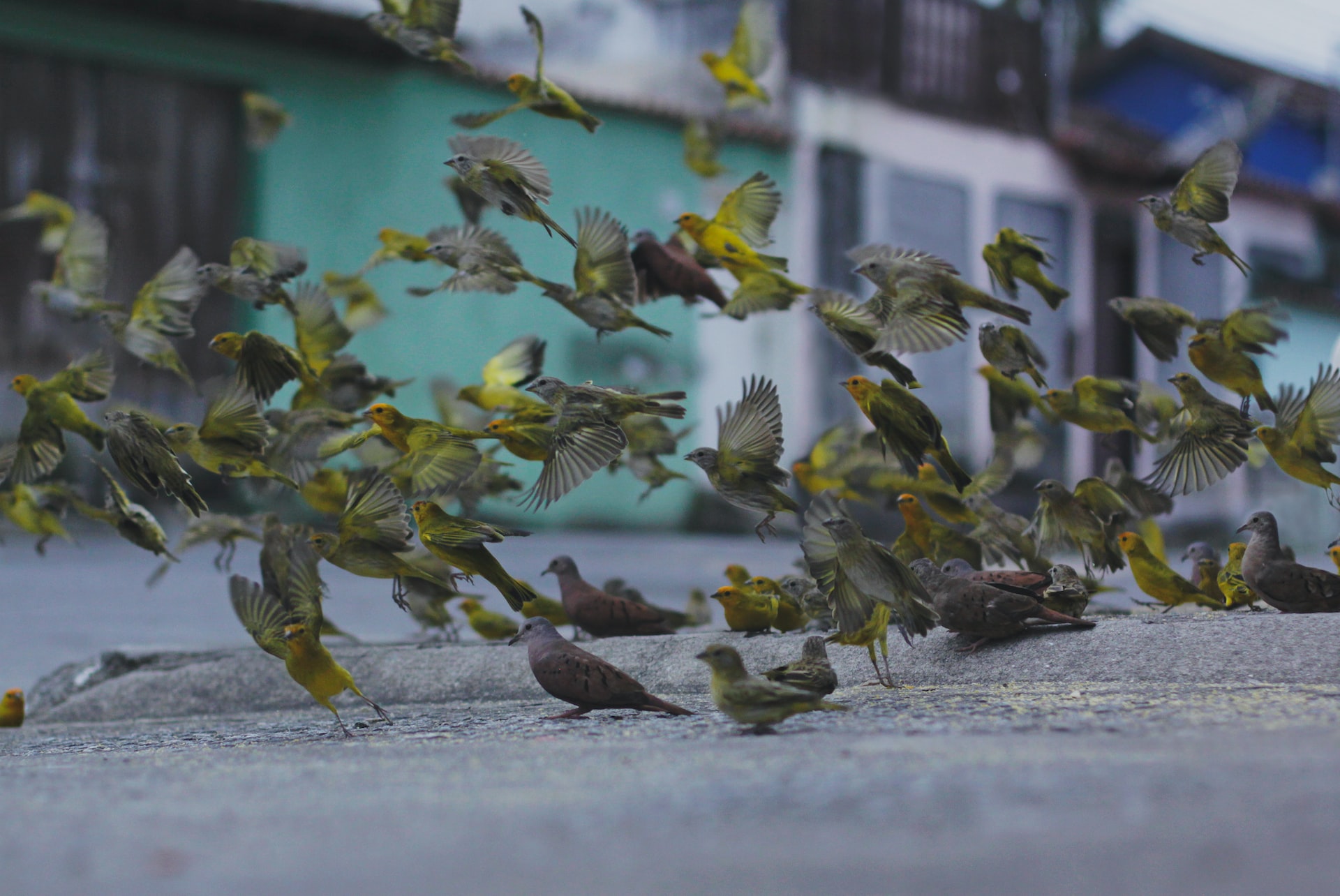 The adaptations birds have that enable them to fly occurred over millions of years of evolution. If you look into the fossil record it is scattered with bird-like features even in dinosaurs. Some had feathers, others had wings, some looked more bird-like but still had teeth and a long tail. These features may not have had the same purpose, such as flying, as they do in birds today but it is clear that they have led to some specialist flight abilities in different bird species.

Birds create thrust by either gliding or flapping, which is also known as powered flight and you guessed it, powered flight is more energetically demanding as birds are creating their own propulsion with their wing beats. When gliding, birds instead harness the environmental air currents as their thrust through some expert wing angle maneuvers.

Whether and how birds take to the skies depends mainly on their mass. Their on-board weight, consisting of their fat reserves, skeleton as well as their muscles, impacts how they lift off into the air and the effort they make to fly.

The wing span, the length of the wings from tip to tip when they are extended outwards, and the wing surface area, the flat area under the wing and the bird’s body can impact how much lift they create and provide support against strong forces. Birds of 15-18 kg such as the great bustard, mute swan and condor species are on the upper weight limit before flying becomes too challenging.

It is a common sight to see a swan running awkwardly as it approaches speeds enough take-off. These large birds need a little more thrust before they take- off than much smaller birds who are able to counteract gravity with just a small leap into the air.

Once in the air, large bird species such as  condors also use a lot of energy to flap their wings and create enough power to move through the clouds, so much so that flying to them is equivalent to sprinting to us.

So how do they get around without being out of breath all the time? They use the air currents around them. The birds surf on the hot air that rises from the ground to support and lift them up so they can soar through the sky without flapping their wings. Andean condors that were recorded with the use of small sensors measuring their wingbeats and the air pressure around them, were able to fly a distance up to 172 km (106 miles) the majority of the time without a wing beat.

That’s almost the distance between San Diego and Los Angeles by air. In fact 99% of their flight was solely gliding.

Flying can be a drag

A streamline body can help cut through the air and reduce drag forces. In birds that experience extreme changes in drag, those that dive into water which has stronger drag forces than air, have a long thin head and long conical thin bill.

These birds, like the kingfisher and gannet, are able to reduce the impact of drag so much that when they dive into water they barely decelerate. It’s no surprise then that the kingfisher’s head structure inspired the design of the bullet train in Japan.

The structure of flight feathers can also affect how efficiently birds move through the air. For birds, feathers are required to take to the skies. Flight feathers on the wings support the birds’ weight and are connected to the skeleton with some extending out of the hand and others from the lower arm bone.

Wings that have darker colouration or darker wingtips make flying more efficient since they absorb heat and increase the temperature of the wings which can reduce drag.

One way to counteract the forces of gravity is through reducing mass or creating more lift. Birds have light skeletons with hollow bones which double up as oxygen storage, air sacks. They also have wing and tail structures that help lift them in the air.

Kestrels are well known for wind-hovering, a behavior in which they appear to hover in one spot thanks to orienting their body towards the oncoming breeze. They have a broad tail that they fan out to help catch the wind and create lift in similar ways that umbrellas get lifted out our hands on windy wet days. Whereas Species like swallows and terns trade in lift for an acrobatic lifestyle.

They have fork-like tails that enable them to turn sharply in flight and maneuver quickly which is helpful when you are chasing prey in the air or preparing yourself to dive into water to capture them.

Birds, at least those that fly, have many adaptations that help them to live their unique lifestyle on the wing. All birds have to contend with forces that affect their flight efficiency: gravity, drag, lift and thrust. How they overcome the challenges of flight ultimatley depends on how they live their lives.