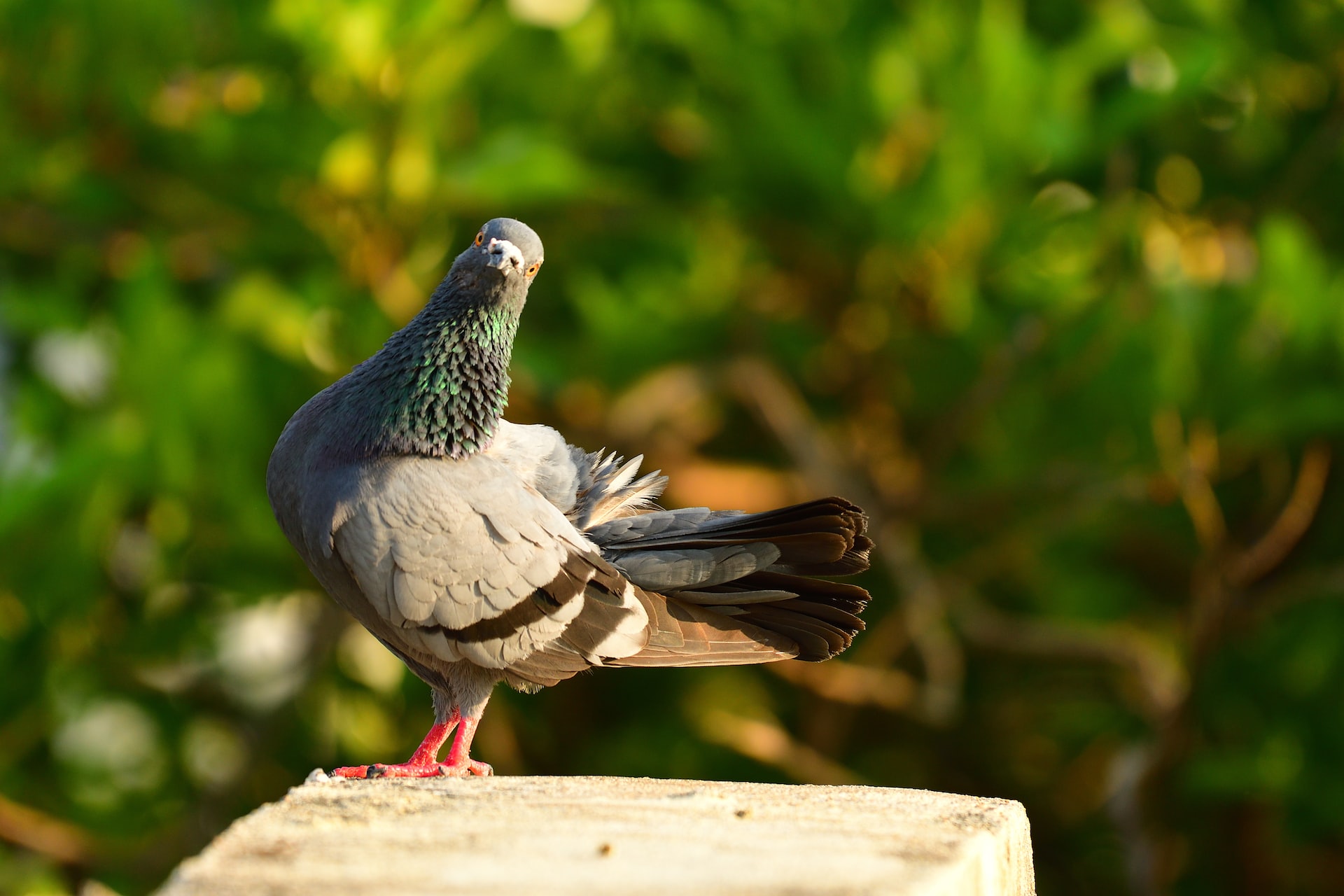 A bird long-maligned and despised by many turns out to be able to give us fantastic insight into the world of face recognition. Living alongside us in cities all over the world, this proximity has spurred some researchers to look into what happens when they actually look at us, and the results could have far-reaching diagnostic solutions. Do pigeons recognize human faces?

In New York in the 1960s, two human deaths were publicly linked to diseases spread by pigeons by a prominent and vocal official, despite the fact that a follow-up investigation by the New York Department of Health and the Centres for Disease Control and Prevention did not confirm this to be the case; alas, by that point, the city’s public already believed that these unassuming if prolific birds were harbingers of the downfall of us all.

It turns out that, rather than stump up for the costs of cleaning a city splattered with poop, it was just easier to incite hatred, encourage a mob mentality towards pigeons, and let others lead the way in their extermination rather than restructure finances.

In 1966, the term “rats with wings” was coined by the New York governor; the propaganda was complete, and anger had successfully and predictably turned from the public purse to the puffed-up pigeon. But before we baited, poisoned, shot and shooed them from our roofs, sidewalks and city squares, pigeons had been loved as companions since at least 4,500 BC. But do pigeons recognize human faces?

Pigeons know who we are

We often make the mistake of regarding pigeons as having moved into cities after us, seeking out our edifices and discarded food rather than nesting in trees and eating countryside snacks like normal birds. But originally, pigeons, or rock doves as they are also known, inhabited cliffs. Caught by fanciers and meat-merchants, they were brought to our ever-sprawling communities and encouraged to breed, to become both fashion statements and food.

Racing and homing pigeons became a worldwide phenomenon, and inevitable escapees set up home in the exact same place where we had brought them, as you’d expect.

This proximity has revealed consequences other than a rather unseemly layer of guano and constant cooing while you’re trying to sleep: pigeons know who we are, pigeons recognize human faces. That is, research has discovered that they are experts in facial recognition and can tell the good guys from the bad.

Like crows, it turns out that pigeons possess a shrewd intelligence. Unlike crows, where experiments have revealed corvids to be extremely clever, adaptive and cunning, studies on pigeons are almost criminally few and far between. This neglect to look into the brain functions of pigeons until recently is indisputably linked to our manufactured low opinion of them; but no matter – some scientists have eventually done the work, and the results are unequivocal.

Researchers at the Université Paris Nanterre selected two employees who shared the same build and skin color, but whilst wearing different coloured lab coats, they went to the park and fed the pigeons. The first one, the “good cop”, stood in full view of a platoon of pigeons, scattered seeds on the ground, then stood aside and actively ignored them; the pigeons pecked away at the food undisturbed.

The “bad cop” also threw food down but then ran at them as they approached to eat, scaring them away. A while later, both researchers scattered food and behaved the same, standing aside and letting the pecking order begin. The pigeons stayed well away from the bad cop, even though she did nothing this time to earn this disapproval.

These sessions were repeated numerous times, and the researchers also swapped coats; but still the pigeons stayed away from the one who gave them such a hostile reception at the beginning. The team concluded that pigeons were capable of recognizing human faces, facial recognition and remembered when you were a big meanie, no matter how much you tried to make it up to them.

This research has been taken further: animal behaviorists at Lincoln University, UK teamed up with their counterparts in the University of Vienna, eventually publishing their work in the Avian Biology Research journal. Helmed by lead researcher Dr Anna Wilkinson, the team trained a group of pigeons to recognise the difference between familiar and unfamiliar objects using photographs. Then, along with a control group, they were shown photographs of pairs of human faces: one was a face that the birds had seen before and the other was a stranger. The trained group successfully indicated those who they knew, and the control group had a harder time deciding who was who. Do pigeons recognize human faces?

This ability may very well be linked to something all animals must ensure - survival. Some humans are nice and kind and will feed pigeons, and others chase and kill them. Rather than wait to see who does what, logically it’s simply more efficient to develop the ability to recognise who is good, and who is not.

In a somewhat potential ironic flipping of fortunes, research into Artificial Intelligence (AI) has taken a twist pigeon-ward. Developers of AI have used the neural pathway model of how a pigeon’s brain recognises objects and faces to understand how to fine-tune AI neural networks for successful information transfer. One study showed that pigeons are capable of distinguishing between benign and malignant tumors of breast cancer. The compliant birds were shown greatly magnified biopsy images and were trained using the reward strategy (a yummy food pellet) every time they correctly identified malignant tumors.

Of course, there was always the risk that pigeons were just randomly pecking at photos to get food, but consistent experiments showed that each individual pigeon’s scope of error diminished exceptionally fast, until they were only pecking at malignant tumors, none of which were uniform in shape or color, but had certain characteristics that benign tumors lack, much like the features of a happy or angry face.

By measuring the electrical activity from optic nerve neurons throughout the bird’s system, the neuroscientists could literally watch that information pinging back and forth, and were able to apply the results to enhance their diagnostic AI. Of course, this is not to say that pigeons will eventually replace doctors; but information to advance our own understanding of medical diagnoses appears to reside behind those somewhat startled orange eyes.

Pigeons are a perfect study organism for understanding the mechanisms of facial recognition simply because they are quite literally in our faces in every city and township across the world. Perhaps our distaste towards these birds, once invited in the thousands into our homes and now universally shunned, can now be replaced by respect and a deeper thinking, and finally earn the Columbidae family some form of redemption.