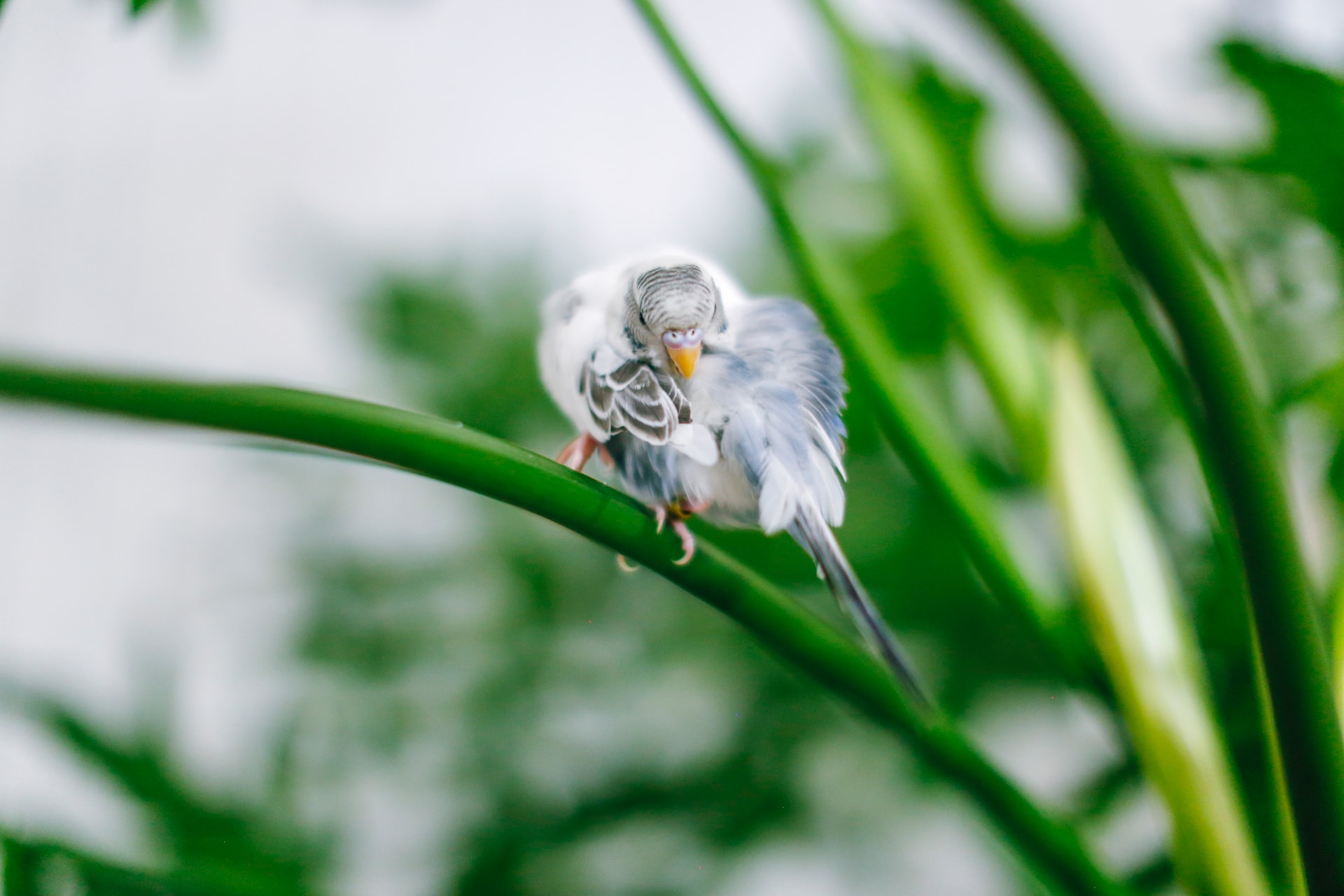 Spending time in the outdoors can be rewarding and exhilarating, experiencing all the things the natural world has to offer. Living your whole life outdoors can also be those things, but it can also be filthy, itchy, and downright unpleasant in how it feels and looks. Keeping clean is something that all birds instinctively know the value of. So how do they do it?

Each and every single feather plays its part in every aspect of that bird’s life. Feathers are essential in terms of warmth, flight, courtship, protection, and even defense. Feathers are highly susceptible to wear and tear, even though they are made from one of the world’s most durable materials going, the protein keratin.

Time will degrade them, and all the elements of a life outside exacerbate that. To keep their feathers as trim as can be, birds have developed a maintenance behavior called preening.

Preening allows the bird to remove dust, dirt and parasites and also realign each feather and their tiny barbules in the right position relevant to the next feather, following the contours of the body underneath.

Birds preen several times a day, often for hours, to keep their feathers in top shape. As well as this, at certain points of the year every bird undergoes a process called molting, a time of great vulnerability for the bird as all feathers are gradually replaced, dropping the old ones and growing new ones.

Preening serves many functions and comes in just as many forms, so let’s take a look at the different ways that birds keep their feathers in order and the reasons why.

Personal grooming is a huge undertaking for all animals; indeed, some don’t even bother as it just takes so much energy. But bird’s lives depend on keeping clean. Many birds begin the process by shaking and fluffing up their feathers which helps them to “re-zip”, locking the tiny hook-like barbules along the length of the feather back into place.

Then, using their bills as a fine-toothed comb, birds meticulously rearrange and check every single feather they can reach to make sure it is just so. As well as providing warmth and waterproofing, precisely arranged feathers ensure efficient flight; feathers going the wrong way or underlapping when they should be overlapping can be disastrous at times when perhaps sudden maneuverability is necessary, being chased by a predator, for instance.

Many birds also have a uropygial gland, an organ at the base of their tail that secretes an oily, waxy substance called preen oil, which is a water repellent. Birds cover their bills in this and then move it across and around each feather.

Over time, feathers exposed to environmental effects like abrasion, ultraviolet light, and so on become dry and brittle, and tend to break. If a feather loses the interlocking structure of the barbules, they lose their natural waterproofing, so this regular application prolongs the life of the feathers, keeping them supple and strong from between molts.

Ectoparasites are creatures that inhabit the skin of a host, causing untold misery and usually the cause behind more serious skin problems and overall health. Birds preen to remove these, flicking out beasties such as lice, ticks and fleas.

Many of these are merely the vector for disease, so unfortunately sometimes all it takes is just one bite, but there are other things such as bacteria that can degrade the feathers themselves.

Some birds lack this important gland altogether, like owls and pigeons, but instead, they have specialized feathers that break apart into a fine dust called powder down that performs the same function as preen oil.

Like us, birds use water to help keep their feathers clean, which is why it is important to ensure any that live near you have access to a simple bird bath to help them in the hot and itchy weather.

‍Dust or sand baths are also a hot favorite for many species like game birds and sparrows: the dust helps dislodge parasites too, but its primary action is to absorb any excess preen oil so feathers are not too heavily coated and become matted.

Dry skin and other debris are also easily shifted with dust, rather than water, which could make things stick instead.

Ants in your pants

Some birds like employing the assistance of little helpers in the form of ants. John James Audubon was the first to scientifically document this behavior, observing wild turkeys “wallowing” on top of ant hills.

Birds will either seek them out from the ground, and pluck them in their bill and rub them on their body into their feathers (active anting) or provoke an “ant attack” by simply sitting on their homes and let them scurry through (passive anting); whilst not fully understood, it is thought that the ants either consume the parasites, release formic acid as a defense mechanism against the attack which then also kills parasites, or another theory is that the ants promote the production of saliva in the bird’s mouth which it then uses to spread the oil further throughout feathers.

Whatever the process, birds seem to really enjoy it. Here’s some video footage of a group of azure magpies positively having an ant party – warning, you might get a bit itchy just watching it.

The secretion from the uropygial gland is also intrinsic to plumage brightness, which means it also plays a huge part in looking the most dapper one can be when breeding season comes around. Indeed, in some species such as the great white pelican, the preen oil becomes a reddish orange, lending a pink flush to the bird’s plumage during breeding season.

Courtship preening is when a bird incorporates the daily movements into part of the dance routine – mallard ducks have a set of feathers just under the wing that they “pretend” to preen when attracting mates.

The actions tend to be more flamboyant than preening for feather maintenance; preening each other is also a major part of many species’ courtship rituals, such as with great crested grebes and albatrosses, which helps establish and then maintain the pair bonding.

It is rare to see a dirty bird – and if you do, that won’t last long if the bird can help it.

Preening is an instinctive behavior that all birds know how to do from the day they have feathers. When your life – and the eventual lives of others after mating – depends on the good condition of your clothes, you take the time to make sure they are looked after regularly, keeping them as spotless and as bug-free as you can.