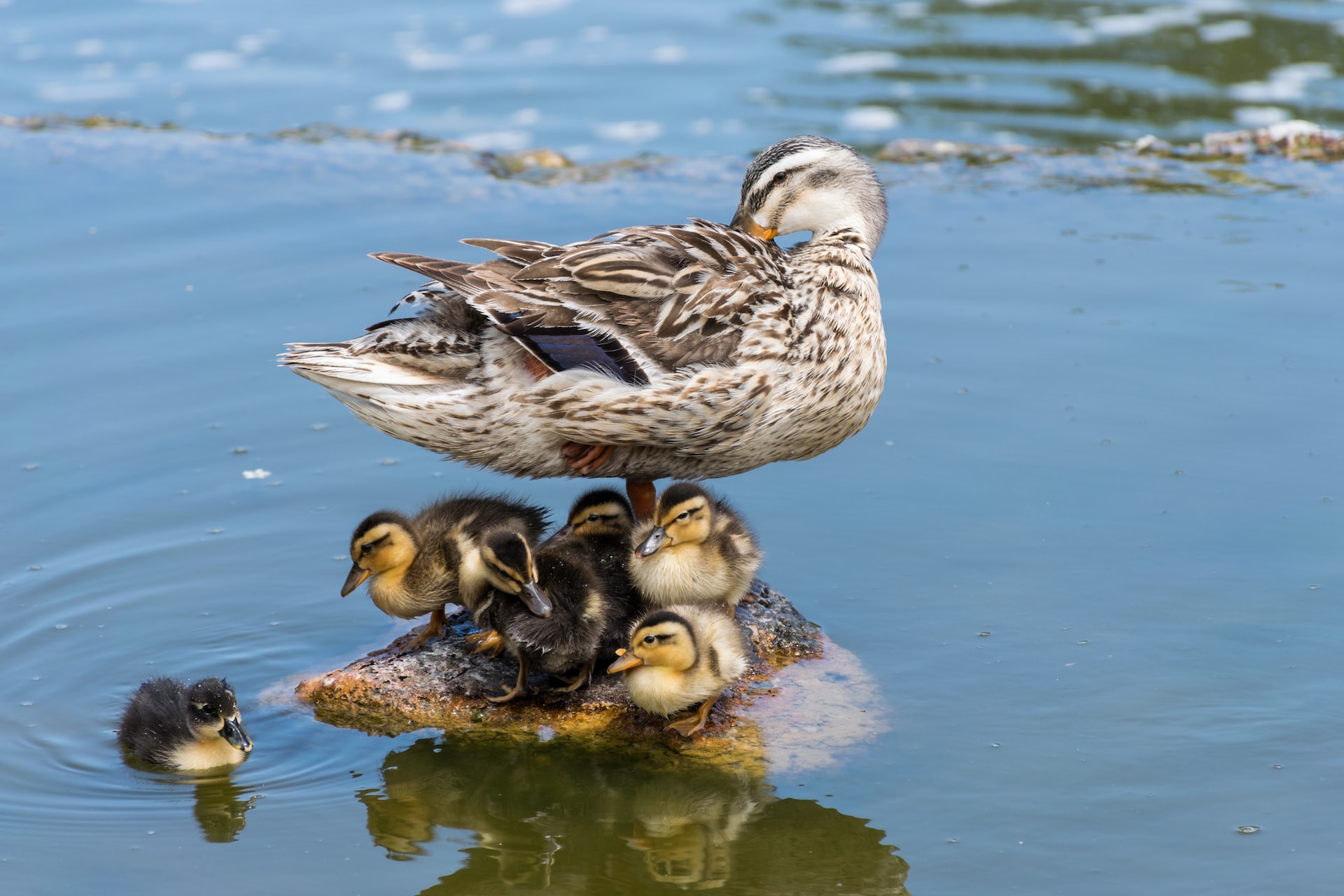 Our planet is 71% water, supporting every ecosystem imaginable. Water is life. It doesn’t matter what other elements you have; nothing survives without water for long. But can there ever be too much water? In today’s post we look at the needs of those birds who make it their home.

Thousands of species of birds have adapted over time to incorporate water as part of their living arrangements, and its presence or absence literally dictated what kind of bird they turned out to be. The generic name for these kinds of birds is, as you would expect, water birds, which is a very loose catch-all for a vast array of species; some only use it to refer to birds who inhabit freshwater ecosystems, whereas others will include seabirds and other inhabitants of marine environments.

Those who tend to be more terrestrial are known as waders or wading birds like herons, cranes, and flamingos, and those who prefer to base themselves actually in the water are known as waterfowl – ducks, geese, swans, for instance.

On that note, sea eagles and osprey are not considered water birds, even though their lives depend on hunting in water. This group of outsiders also includes a subfamily set of species from the kingfisher birds, a name synonymous with water. Tree kingfishers, however, rarely eat fish, and inhabit tropical rainforests and woodlands, instead hunting out insects and other land invertebrates.

But for those that do live on or near the open water, a delicate balance must be maintained for their numbers to thrive. It is easy for us to assume that if there is any amount of water around, then water birds will have it easy, but – aside from the obvious devastation of droughts and floods – too much or too little water can spell disaster.

‍Waders require less rather than more water - they cannot dive for food, but rather need shallow water to forage in. Their physical attributes make them perfect for this kind of lifestyle – long legs providing them with enough height to espy their prey from above, wide splayed toes that are designed to distribute their weight, making it easier to avoid sinking into and disturbing the mud, and a long muscular neck provides the propulsion needed to strike that sharp pointed beak down fast to spear their food. For these species, if the water is too deep, the prey can easily escape, or have enough depth and murk to hide in.

There is a common saying in the English-speaking world meant to make us feel better when the rain never seems to stop: “Good weather for ducks”. Ducks do indeed love the rain and will spend hours out in it; a study in 2009 even concluded that they prefer a rain shower than being in a pond.

Alas, the phrase actually originated among the hunting community, as wet weather provides better cover for hunting them, than in dry conditions where the birds could hear the gunman’s approach. Nonetheless, ducks, especially diving ducks, do require a lot of water for their existence, and generally need enough to live on where they can at least fully submerge their heads.

Dabbling ducks like mallards and teal only need shallow water, although deeper water is sometimes welcome as they do dive if feeling threatened and need to evade a predator, but diving ducks like goldeneye or eider need much deeper waters. The long-tailed duck of North America can dive up to 200 feet, and (unsurprisingly) spend more time underwater than any other duck.

Many types of birds take dust baths to keep their feathers clean and to ease the irritation of parasites like ticks and mites. In waterfowl species, however, there is a gland at the base of their tails that secretes a special oil, and the gland is triggered upon contact with water.

As the bird preens with its bill, it spreads this oil through its feathers, waterproofing and insulating them, but also providing protection against these parasites. Whilst many of these birds can get by quite happily without a pond or lake to swim in, they do still need access to a fair amount of water to bathe.

When it comes to breeding, though, they definitely prefer consummating the act in the water rather than on land. When ducks mate, the males actually push the females’ heads under the water, which may seem a little harsh, but is actually necessary to achieve the right position for impregnation.

The very fact that ducks live on water means they need to be buoyant, but water can also wash away any sperm that is passed over during the act, so the female’s cloaca needs to be fully above the water line.

When the waters agree

As the unpredictable effects of climate change march on across the world around us, each and every one of these species faces a greater challenge than ever before. Early in 2021, ecologists breathed a sigh of relief as much-anticipated rains finally fell on the parched Everglades in South Florida after one of the driest March on record.

But worryingly the rain kept coming; too much at the start of the season means the birds abandon their nests, as the fish normally basking in shallow pools are suddenly more heavily dispersed throughout the Glades; food that is harder to find is not worth the effort.

All birds need fresh drinking water, but environmentalists and water bird researchers are keeping keen eyes on what is to come in terms of wet and dry seasons, hoping to understand the changes and try to anticipate dangerous fluctuations in advance.

‍Salt marshes that dry out can support little life; floodplains that are always sodden, likewise; wetlands are being removed at an alarming rate by developers. Often criticised by the public in the early days of conservation, proper water level management is looking to be crucial to help birds who depend on water for their way of life.