Non-Invasive Ways To Spy on our Feathered Friends 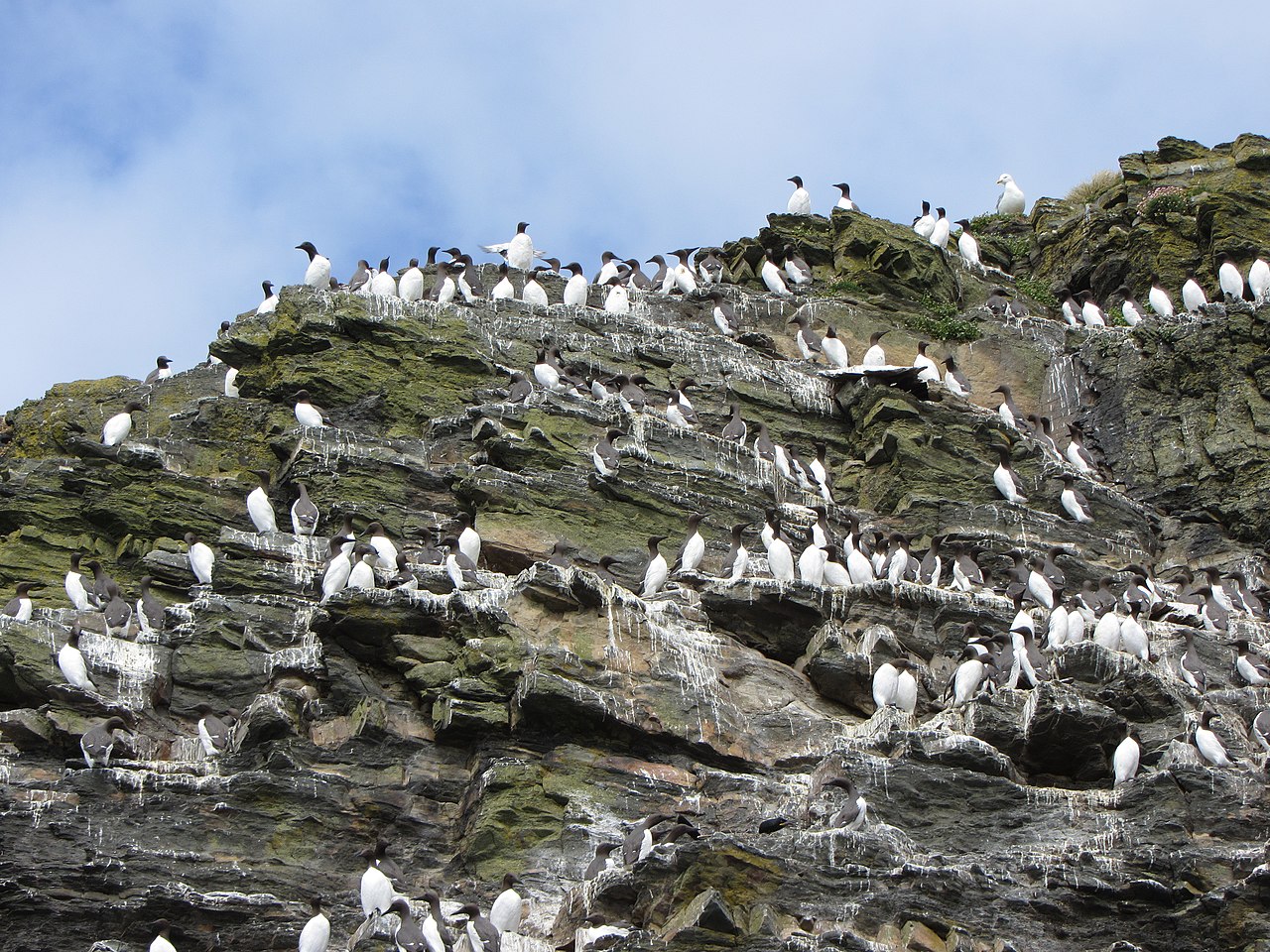 Some of the devices and sensors used may also be unpleasant to wear. So how can we learn about the ways birds behave without ruffling feathers? We can utilize technology in clever ways to indirectly study bird behaviour with the hope that the birds are not aware of them.

How would you go about weighing wild birds? A group of researchers at Newcastle University, UK wanted to explore how European starlings decide when and how much to eat. This decision might sound simple but when you are a bird, weight is important. If you are too heavy it is more challenging to take off quickly to avoid a predator but if you are too light you might not make it through the cold winter, let alone a chilly night.

Instead of capturing birds and placing them on weighing scales, which would increase their stress and maybe affect their food consumption, the researchers developed an apparatus packed with technology. It would automatically dispense food when the bird pecked at an illuminated key to promote natural foraging behaviour and weighs birds when they perch to feed. It also recognised individuals based on RFID tags the birds had around their legs.

The apparatus, the “social foraging system”,  found that the birds put on six grams throughout the day and lost a similar amount during the night. So far this has been used with wild birds in the laboratory that were released after their participation. This type of technology could be employed in remote areas to study different species, but maybe it is not yet ready to weigh large flightless birds such as emus and ostriches.

Smile for the camera

An even less invasive glimpse into the lives of birds can be provided by camera traps, hidden camouflaged cameras that automatically take photos or videos when they sense movement.

These have been used to study many different animals but it seems they are just as useful to spy on feathered visitors. The photos have been able to capture some interesting behaviors which you would not easily see even if you were hiding in the canopy trying to observe them.

They are also able to capture interactions between birds such as grooming and chasing behavior as well as foraging.

Camera traps have provided glimpses into the sleeping habits of some birds. A series of camera traps set up in the Serengeti national park, Tanzania provided a fascinating insight into the nocturnal habits of the yellow-billed oxpeckers.

You can often see these birds hitching a lift on giraffes, rhinos, eland and buffalo thanks to their special relationship with them: They feed on their parasites, such as ticks as well as dead skin. However when it comes to night time it seems that the oxpeckers are reluctant to leave their roaming restaurants.

They have been captured snuggling, fast asleep in the armpits and underbellies of giraffes, eland and buffalo. Giraffes appear to be their preferred roosting spot, maybe because they offer a high and safe place to sleep.

This behavior is not observed in the other oxpecker species, the red-billed oxpeckers which may be because they are not so fussy about which animals they feed from and do not need to remain with their host.

The white-bellied heron, a critically endangered species found around Bhutan, were subject to their own camera traps placed around the trees that they usually roost in.

The photos revealed that they usually slept and rested alone, apart from the juveniles, with their head tucked forward while standing on one leg which they switched often. They also groomed themselves by cleaning debris from their feathers and straightening them before taking off: A way to prepare for the day ahead.

When we use technology to study animal behaviour the lines between whether they are invasive or not can easily be blurred.

This is especially true for the use of drones. These aerial camera rigged vehicles can offer so many options to survey animals by accessing remote areas.

For example they can be used to count chicks on the rock faces where sea birds breed, check in on the sky- high nests of birds of prey, or to monitor King penguin populations.

However, they are not as stealthy as we expect, in fact studies have been conducted to assess whether they disturb birds. Some species seem to tolerate drones flying overhead without batting an eyelid such as some waterbirds.

But others, like Adelie penguins will flee and abandon their nests when aircraft fly by or laughing gulls will look around and fly away in response to drones. Most of the studies find that drones flown at high altitude in a horizontal movement are less disturbing than low flying ones.

A lesson from drones that we can apply to other technologies is to consider the perspective of the species we are studying.

Some might not be disturbed but if we are flying a loud device close to animals that experience aerial predation or that are incubating eggs or raising young, maybe it's not a good idea. In these cases the only data we will gather is their fleeing behaviour.

Birds communicate with each other in noisy ways. Bird vocalisations contain information about the sex of the bird, which patch belongs to who and even which individual is calling.

We can eavesdrop on them by placing microphones and recording units in the environment  to learn some fascinating things about them. What can we learn about birds by eavesdropping on their conversations? Quite a lot actually.

The most basic information we can gain is identifying which species are present at specific times of the year. You may wonder why we cannot just survey birds which is a useful way of keeping track of who is present where and when.

Adelie penguins live in remote areas of the Antarctic making it challenging to monitor how their population is doing. When the penguins raise a chick, both parents often leave in search of food, leaving their chick with others in a creche which is overlooked by a few adult penguins.

This type of monitoring is useful but sensitive to environmental factors that affect the birds’ vocalisations. For example, the chicks were not very chatty in harsh windy conditions as they huddled to stay warm.

Therefore, it would be important to choose the right times to record birds and consider the weather conditions, temperatures and even the moon phase. For example, thanks to acoustic monitoring of pygmy-owls in Brazil researchers learned that they have more to ‘say’ during high moon illumination.

Not only can we identify the population size or the number of different species present, we could decode bird calls to learn how they use their environment so that we know how best to monitor them.

The screaming piha that lives in forests of South America and produces a call that sounds like you are stepping on a dog’s squeaky toy but is one of the loudest bird calls reaching 111.5 dB or equivalent to the levels of a chainsaw.

By placing 24 microphones in different areas of the forest and at different heights of the trees the researchers had an insight into the daily activities of the piha. They don’t sing at dawn or dusk but usually a couple of hours after dawn and before dusk, they also appear to prefer the old higher forest to younger and more open forest patches.

An invaluable way of learning about the arrivals and departures of migrating birds or their distribution is through co-creation of scientific research projects with the community, termed community or citizen science. Humans that are in the flight path and daily encounters of feathered visitors can help to unravel some of their behaviors through long term observations.

‍Sulfur-crested cockatoos, like other parrots, lead socially complex lives however little was known about how they interacted with each other. This was until a group of researchers and many community scientists in Sydney, Australia joined forces to unravel their social interactions.

First the researchers had tagged 130 parrots with bright yellow tags that had unique numbers on them corresponding to each individual parrot. They then asked people to report their sightings and the tag number of the birds that they crossed paths with over the course of 5 years.

This long study gave us all an insight not only into who the parrots hang out with and where they prefer to roost at night, but also for how long these social interactions lasted.

They found that the parrots had specific favored places and groups to roost with but would also occasionally visit the roosts of others. The parrots had a handful, or talon-full, of close ‘friends’ who they would associate with over many years, although the older birds appeared to be more loyal to their ‘friends’ than the young ones.