Back to tales
Migration
,
Bird behavior
,

Hitchhiking On Our Feathered Friends 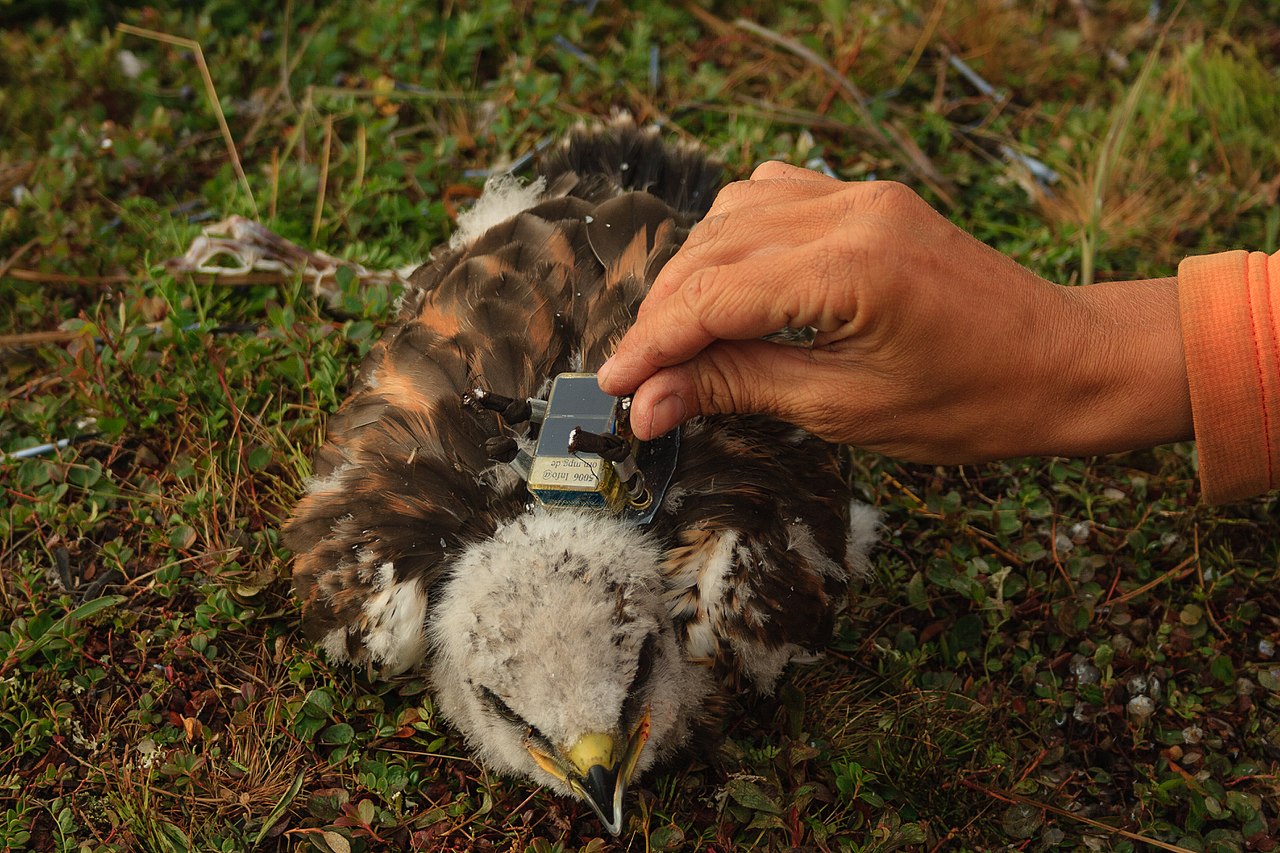 The Northern black swift spends 99% of its life flying where it will sleep, eat and travel long distances from its breeding grounds in Canada and North America to spend winter in Brazil. Imagine if you wanted to learn more about this bird’s lifestyle, how does it detect food on the wing? How does it communicate with other swifts? How high does it fly? Birds live hidden lives that we cannot directly see, not even with the best binoculars out there. How can we glimpse into the lives of birds?

Some birds travel at heights we cannot reach, such as the Bar-headed geese that fly at extremely high altitudes over the Himalayas and have even been spotted by climbers flying around Mount Everest.

Some dive to catch fish at depths we cannot follow, such as the emperor penguin that can dive the depth equivalent to the length of ten Olympic swimming pools. Other birds simply take off in a second before we have a chance to observe their behaviour.

Thanks to small nifty devices that measure aspects of their behaviour we can build up the pieces to add to the puzzle of the unique and fascinating lifestyles of birds.

How do we glimpse into the routes birds take on their long migrations? The same technology that we use in our phones to help us find our way around the globe or to measure our cycling routes can help us track the paths birds take during their migrations.

‍GPS trackers connect to three satellites and by comparing the distances between them, provide us with useful information about where we or the birds are - the latitude, longitude, elevation and time. With the help of GPS trackers attached to Caspian terns researchers not only tracked their migration from Northern Europe to Africa but learned that adult birds flew alongside young ones.

They pass their maps on through generations. By comparing the GPS locations of the individuals tracked they could see that mostly male Caspian terns migrate with juveniles who are often their offspring, showing them the route to take. However, once they reach their overwintering destination they go their separate ways.

Accelerometers are sensors that measure the change in velocity of an object and have been used on animals and humans to learn about their movements and body postures.

In birds they can give us an indication of the way they are flying; whether they are flapping their wings or soaring on columns of rising hot air or how they propel themselves through water to catch prey.

Albatrosses, large ocean wanderers, were not thought to be adept at diving below the water surface in search of fish until some researchers placed accelerometers and depth sensors on nearly 30 of them.

Contrary to what was expected, the black-browed albatrosses dove deeper than their previous record of 6m and as deep as 19.12 m (62.7 ft)  holding their breaths for three times longer than previously recorded.

Alongside accelerometers, other small sensors that measure light, altitude based on air pressure and temperature changes in the atmosphere revealed that Black swifts change their behaviour when there is a full moon.

Birds outfitted with sensors that weighed a fraction of their body weight gave us a glimpse of their lunar routines, flying much higher up to 4,000 meters above sea level (13,123 ft) or almost as high as the highest mountain of British Colombia, Mount Fairweather, during a full moon.

So how do Caspian terns signal to each other to continue their journey after stopping for a break? Why would Black swifts fly at such high altitudes on a full moon, maybe to catch flying insects that are visible in the moon’s light?

This is where sensors that enable us to capture large behaviours, such as movement patterns, fall short when we want to explore more detailed behaviours such as foraging, social and mating behaviours. But not to worry, there are also remote devices we can use to further spy on our feathered friends.

Two sea bird species, one that can propel itself in the air and water and the other that only swims, have been subject to their very own action videos. A handful of individuals were captured and small video cameras were placed on them like backpacks.

Cameras provided researchers with, albeit low resolution, videos of how birds their foraging antics. Scopoli's shearwaters, a Mediterranean seabird, provided video footage of themselves foraged in the company of other shearwaters even though it resulted in squabbling when the group got too large.

There were also other species that made an appearance in their film, mostly turtles and tunas as they also hunted for fish alongside the shearwaters.

Whereas when Chinstrap penguins went about their usual business of diving in search of krill, unbeknown to them, the researchers were able to observe when the penguins had successfully encountered krill and had a meal.

They consumed more krill at the bottom of their dive but still grabbed a few on their descent and ascent consuming around 111 krill per hour, almost 5-10% of their body weight.

Although sensors and devices provide us with invaluable insight into the daily wanderings of their feathered hosts, they all have something in common.

They have to be physically strapped to a bird which might impact the bird’s behaviour and intrude in their day-to-day life. Even Australian magpies were observed helping each other to remove GPS devices on harnesses off their backs.

They can only be placed on a few individuals which makes you wonder whether we are glimpsing at unique antics of those individuals rather than behaviours shared by the majority of the species.

There is a large push to develop more non-intrusive methods to study animal behaviour. These can lead to some interesting solutions which we will explore in the next post.