Pit Stops on The Migrant Express 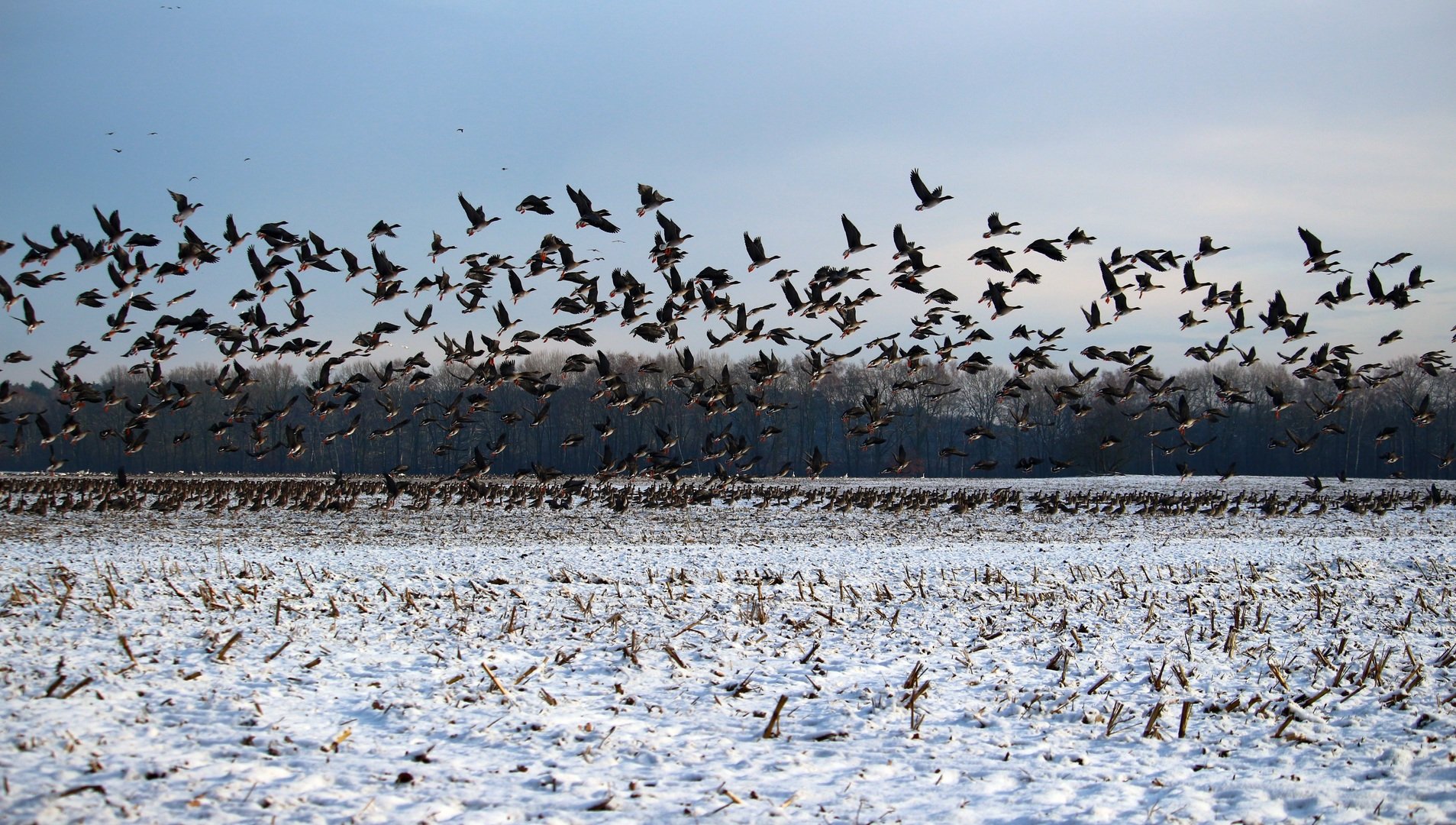 Just as you would on a long road trip, birds need to rest and refuel as they head out along their migration routes twice a year. These refuelling places are known in the birding world as stopover sites, and they can attract huge numbers of birds all just passing through.

Thanks to ever improving technology, we now know so much about migrating birds that it’s often easier to say what we don’t know about them: namely, exactly how they know when to do it; but perhaps there are some things that we can’t always know.

Using GPS tracking devices and weather radar data from several thousand stations dotted around the globe, over the decades scientists have painstakingly put together a huge wealth of information on many hundreds of migratory species that shows us not only where a specific bird currently is, but also where it is likely to be in a few days’ time.

For years, we knew the beginning and end, but little of what happened on the way. Relatively recently, more and more information about the pit stops the birds have to take is coming to light.

Migration is perhaps one of the most perilous and uncertain times of many a bird’s life and for the 4000 or so of the world’s species who undergo it, it is literally a life-or-death undertaking. Of the studies done to date, it is thought anywhere between 25 – 35% of all birds heading out don’t make it to their destination.

In the US, that equates to roughly 2.6 billion birds (figures are lacking for much of the rest of the world). A myriad of dangers thwart their efforts. Ignoring the fact that this arduous journey is in itself hard to survive in terms of energy and stamina, the odds are now so stacked against all birds that it is sometimes a wonder there are any left at all.

For millennia, billions have suffered the fatal consequences of natural phenomena like predation from other wildlife, and wildfires and storms, (although the rise in frequency and severity of these is thought to be linked to man-made climate change), we haven’t helped: hunting parties cashing in on the spectacles, collisions with our huge, almost invisible structures in their way, disorientation and attendant exhaustion after being distracted by the almost perpetual glow of artificial light from our offices, homes and transport hubs and highways; and habitat destruction.

Stopover sites have been known about anecdotally for centuries, but the scientific study of them is only relatively recent.

For years, we knew the beginning and end, but little of what happened on the way.

Their existence gave many conservationists the hope they were looking for – identifying and ensuring the continued existence of these places of refuge and recovery became the potential key to at least helping the birds get to their winter and breeding grounds, even if they didn’t survive for whatever reason once there.

If those that make it to each site are guaranteed a place of sanctuary then this immensely increases their chances of surviving the rest of the journey.

A rested and well-fed bird is far more likely to be able to ride out the storm, notice and flee the predator, make split-second decisions and manoeuvres to evade obstacles, and reorient on the intended path with enough energy left to continue.

As the flight paths or flyways of species are passed on through each generation, they stay more or less the same each time, so it has been possible to establish several significant stopovers across the world.

Historically, it was believed that birds would just stop anywhere they could when they needed to, but we now know that stopover sites are destinations too. Stopovers have been categorised into three major types: “fire escapes,” “convenience stores,” and “full-service hotels”.

Fire escapes are used as last-minute emergency stops before the birds face significant barriers like an ocean or a desert. Without these stops the risk of not making it across id very high, so these areas tend to be anywhere the bird can find, and it’s not guaranteed that the bird will get all of the resources it needs, putting them in danger for their inevitable next step.

The convenience store stopover sites are usually used for just a couple of day and tend to be surrounded by inhospitable habitat.

Lastly, the full-service hotels, as you would expect from the name, are stops in prime habitats where the birds can fully replenish their needs. Birds take advantage of the plentiful resources here and stay for a number of days, sometimes weeks.

Birds expend considerable energy in flight, so a sustained flight of many hundreds of miles usually means that all of the fat reserves the bird has accumulated during the frantic feeding in the weeks just before departure gets used up alarmingly quickly.

When birds break up their journey at a site, they typically need to double their body weight to build these fat stores back up again.

Having the digital traces of millions of birds to show for all to see, this hard evidence can be hugely effective in guiding and investing in the right conservation strategies and pushing through laws and mandates that corporations and individuals have to abide by in order to protect the natural sites these birds rely on to live.

Every species of bird has specific needs; wading and other water birds naturally need bodies of water like marshes, lakes and estuaries, but it must be healthy water, and will need to be a certain depth depending on the species.

Wading birds need vast stretches of shallow waters with long wide and muddy shores; diving dicks need deeper water with plenty of submerged vegetation. Millions of songbirds stop each year in forests and grasslands, and birds that feed on insects and other invertebrates, arthropods, mammals and so on need diverse habitats that also offer plenty of cover to evade predators.

The spectrum of resources required is huge, as you would expect for one of the world’s most unique animals. As most of the studies to date have been conducted in the US and Canada, more is needed outside of these regions to truly have an impact. What is known is that each site needs to provide critical resources.

Making the world aware of the importance of stopover sites is now one of the leading aims of conservationists, but you can also help too.

Submitting information online at eBird about any birds you see at any time of year wherever you are in the world is one of the most valuable things birders can do for helping preserve their existence, especially if you see a bird “out of place”.

Storm-blown or vagrant birds will need the opportunity to get back on track, too, so making your own environment as diversely rich as you can is something you can personally do to help.

Your resident birds may already be well-fed and have safe places to roost, but if a stranger enters the mix, they too need food and somewhere to rest, so there are a few things you can do to make your home a stopover site of sorts too.

Planting native vegetation for cover that provides a source of insects, seeds and fruit along with some accessible fresh water is the most helpful thing you can do for any bird, especially those passing through. If you put out feeders, make sure they are cleaned regularly to prevent the spread of disease.

If you have pet cats, try and keep them indoors during migration season; vagrants or any migratory bird that chooses your home as a pit stop will be exhausted, and what they hope is a safe spot may be their last to alight in.

Also, make sure your windows are visible; your residents may know the ins and outs of your territory but newcomers may mistake that reflection of vegetation as simply somewhere else to fly towards. Many birds migrate at night as well, so draw your curtains, drop your blinds, and turn off your lights.

You may very well have a stopover site near you, and if so, we thoroughly recommend taking a visit to bear witness to one of the most stunning and natural events the world has to show, and if there are any conservation efforts in the running, then show your support as best you can.

Aside from the fact that stopover sites also support millions of other resident flora and fauna species, without them, tired and hungry migrating birds will find that their journeys will end far sooner than they should, and that tragedy falls on all of us.