Saving the Places to Stop 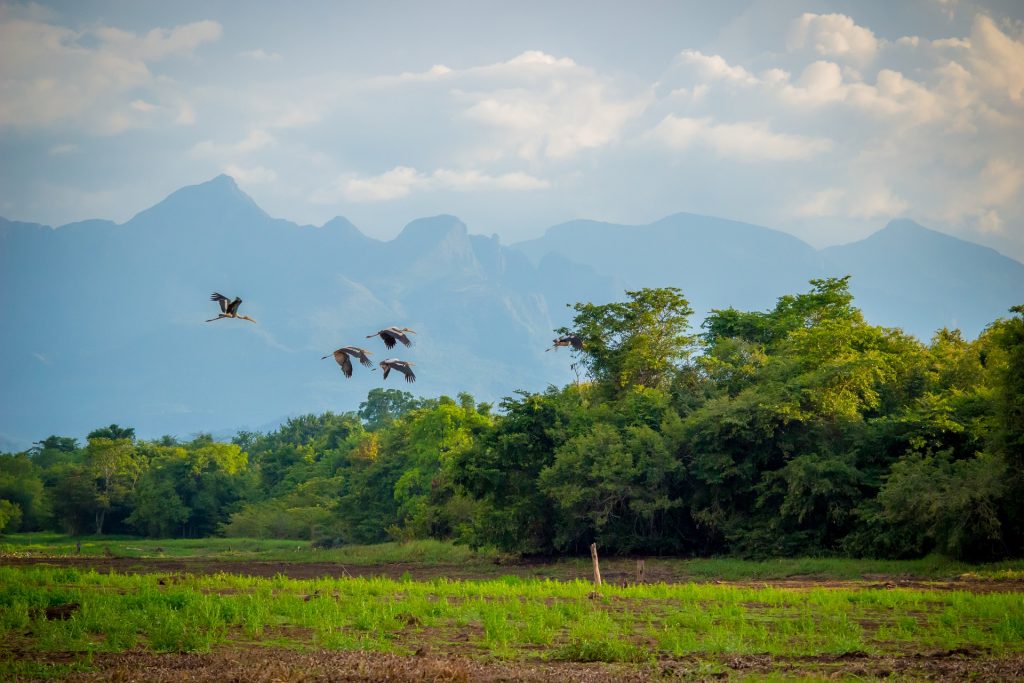 Stopover sites are temporary homes for birds to rest and feed during migration. Courtesy of amrgunaweera, Pixabay.

Billions of birds somehow make their way across miles of land and sea every year during migration. On the way, they find places known as stopover sites, temporary homes whilst they rest and feed. In today’s post, we look at just a few of those different kinds of vital pit stops.

Twice a year, every year, 40% of the world’s bird species set forth on an epic journey; in the spring, they leave the relative warmth of their winter grounds to their summer breeding grounds to start the next family line, and as temperatures drop come the later months, they head back again to see out the winter back in warmer climes.

Unsurprisingly, this type of journey isn’t usually completed in one go, and millions of birds will spend part of their journey along the way at places known as stopover sites.

Little is known about why birds choose the specific routes they do, but as more research is carried out on the stopover sites, some have become very well-known, and provide outstanding opportunities to see some of the most captivating gatherings of bird life the world has ever seen.

A relatively recent accidental discovery of a stopover site off the coast of South Carolina, USA, shows a little of what goes on when we aren’t looking. Known as a nesting site for brown pelicans and others such as oystercatchers, terns, herons and egrets, Deveaux Bank has been a bird sanctuary for years.

Whilst monitoring resident birds one night in 2014, biologist Felicia Sanders and her crew managed to get the boat stuck on the “wrong” part of the island, and it took hours before they could dislodge it, doing so around dawn. This turned out to be the time when thousands of whimbrels suddenly lifted from their nocturnal roost among the reeds and dunes, and in a cacophonic flurry of flashing wings, headed onward.

Twice a year, every year, 40% of the world’s bird species set forth on an epic journey.

Another visit confirmed this wasn’t a one-off, and after Sanders managed to convince ornithologists at Cornell Lab that there really were mass gatherings of these otherwise solitary birds, Deveaux Bank is now a confirmed stopover for whimbrel, adding to its protection.

‍Eighty-mile Beach in Western Australia Beach is part of the East Asian – Australasian Flyway and supports up to 336,000 migratory birds as they move through the huge continent.

Springs of continually fresh water rise through fractures in the rock producing freshwater wetlands which promote amazing and unusual plant diversity and provide an ideal habitat with drinking water in an otherwise dry environment.

The region is protected under the Ramsar Convention, an international treaty established in 1971 in Ramsar, Iran, for the conservation of wetlands across the world, currently incorporating 2.1 million square miles.

A wabbler warbled in the Rock Creek Park

One of the world’s smallest warblers and weighing between 5 and 10g, Wilson’s warbler moves between the forests and thickets of the Rocky Mountains, Western USA, and the tropical forests of Nicaragua.

Geotagging devices attached to these tiny bright yellow birds have shown that they break up the journey along the coasts of Louisiana, New Jersey and California, but also in built-up inland areas, like Rock Creek Park in Washington, D.C., where you can often spot around 30 to 40 birders each migration season, walking the trails and happily ticking off the 150 or so species that pass through this urban oasis over a number of days, resting and feasting.

As its ecological system has improved more than a million birds rest at the lake.

As more and more people are finally reflecting on the urbanisation of the world’s natural habitats, an innovative ecosystem conservation model known as Big Lake Plus has been gathering pace in China.

One of several lakes once set aside for dredging, filling in and development, Shahu Lake in northwest China covers 895 hectares, and has recently become a success story for the reinvigoration of an essential stopover site.

As its ecological system has improved more than a million birds rest at the lake, including endangered species such as the white-tailed sea eagle.

So much of the world’s surface has been taken over for agriculture, but even here some stopover sites flourish. Rice is cultivated worldwide and is one of the most abundant temporary primary crops.

As rice paddies are flooded to offer protection from many weeds adding to the conservation value of the crop, it is one of the most important crops for migrating birds, providing a valuable food source and habitat. Given that natural wetlands have declined drastically in the world, rice fields act as the only similar available habitat.

After harvest, rice paddies provide migrating species with spilled grain, seeds of weeds, rice plants, and aquatic invertebrates to feed on, and the leftover stubble provides a mosaic of vegetation similar in structure to “hemi-marshes”, patchworks of half and half open water and emergent vegetation that offer a balance that is perfect for many types of waders and water birds.

‍Other farming practices can also help – the retention of edge habitat, thin bands of native trees or shrubs lining the borders of fields, provide an abundance of food, and there has been a noticeable increase in migration species using these agricultural areas for stopovers.

The birds are willing to show us, if we know how to look.

Retaining the native vegetation has also been shown to increase yield for the farmers through pollination ecosystem services, by the birds and the insects that inhabit the edges.

Another practice gaining popularity is the use of fallow fields. Fallow land is land that has been left uncultivated for one or more growing seasons, resulting in crop rotation.

This has been shown to increase soil nutrients, and some birds rely on temporary primary crops and the resultant stubble like this for stopovers. However, further research is always needed, as some scientists are concerned about creating artificial shifts and the impact it may have on bird migration patterns.

For example, after the collapse of the USSR, farmland in northern Russia was mostly abandoned, and as the fields rewilded into forests, Greater White-fronted Geese shifted their stopover sites south to more agricultural locations.

These movements can then have potentially detrimental repercussions on the resident wild- and bird life that have been there for generations.

The majority of stopover studies have been carried out in the US and Canada, and more work is needed in other parts of the world to locate and therefore ensure conservation of these sites, but the complexity of migration makes this a very difficult task.

However, the birds are willing to show us, if we know how to look: an experiment in 2015 using 11 adult cuckoos showed just how embedded these stopovers are.

The birds were relocated from Denmark to Spain just before their winter migration to central Africa was about to begin.

More than 1,000km southwest from their usual departure point and somewhere they had never been before, upon release most headed more or less east directly towards known stopovers in Europe and north Africa, and once there, realigned back to their normal migratory route south.

That’s a lot to unpack, and we don’t envy the scientists making this their task. But we do look forward to learning, if we can, what the birds may show us, so that we in turn can understand their needs and help them along the way.