At The Water’s Edge: Shorebirds 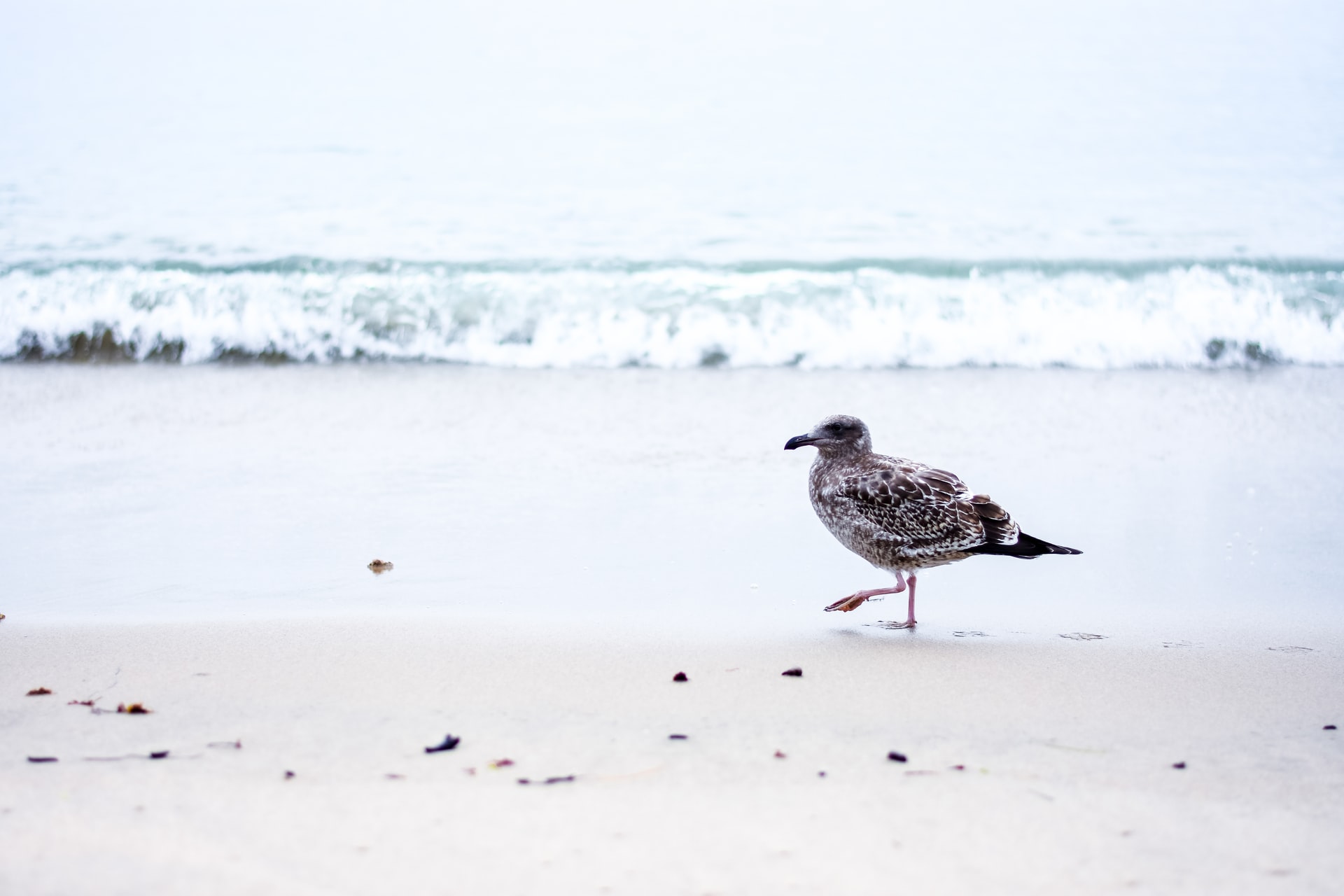 Learning the differences between types of birds goes a long way on your journey to mastering bird identification, and there are some birds who are so distinct from others, such as shorebirds, that makes them a good type to learn.

You will often see many different types of birds along a shoreline, such as swooping raptors, stalking gulls, jumpy warblers and flitting wagtails, but there is one type of bird that stands out from all of those.

When birders refer to shorebirds, they are usually referring to a specific type of bird, also known as a wader.

The Order Charadriiformes is a diverse one, encompassing about 350 species of small to medium-large birds.

Most of these birds live on or near water, and they eat invertebrates or other small animals.

Some of the species are seabirds, or “pelagic”, like the gulls who will feed on larger prey, plucking fish and crabs from the sea or scavenging around human habitats, and the auks, whose distinct physiology enables them to “fly” underwater to catch their food.

Learning how to recognise the most common types of shorebird will broaden your knowledge of birds immensely, and once you’ve got a few basics right you will soon be able to confidently proclaim that distant long-legged silhouette as clearly being an avocet, as opposed to the dumpy, scurrying shadow of a dunlin.

One of the main issues with acquiring this skill, however, is that waders tend to follow the water’s edge along shorelines very closely, as the water exposes the soft rich mud and sand wherein their food lives.

As it moves near and far over the course of a day with the rise and fall of the tides, the birds are either very close or very far away, and there is only a relatively small window of opportunity of a few hours to see them.

You’ll no doubt find yourself at some point muttering under your breath at distant stick-like beings scuttling across grey wind-scarred sands.

Shorebirds inhabit lots of different types of wet habitat, not just the coastline: the common denominator is the water.

You’ll find these birds on riverbanks, marshes, floodplains, canals, even fields after a good long period of rain, but estuarine and coastal habitats provide some first-class shorebird watching, as they are abundant in the tiny creatures that the probing birds will be seeking.

During winter migrations, thousands of birds will flock there, or at least stop off on the way to elsewhere to top up.

These birds’ lives are ruled by the tides, so if you live near to, or get a chance to visit an area like that, it is worth getting hold of a Tide Times booklet, or you can usually find an accurate online resource specific to your exact location.

When the tide is out, at low tide, the expanse of the mud flats and sands is so vast that you stand little chance of seeing anything of note, but if you time it so that you are there when the tide starts to come in again and close to high tide, you can be greeted with ever increasing numbers of birds as they draw closer to the land.

Of course, at the peak of high tide, all of the food is submerged, and usually the birds will scatter somewhere else to forage, often a bit further inland in fields or marshes where the water table is high, or they will just choose to roost until later in the day.

Roosting birds along a bank of an island or river will always choose to be out of the prevailing wind, which of course also means that you will be getting the wind in your face if you’re trying to look at them.

Such is the curse of a birdwatcher.

Avocets are considered one of the target birds to see among all the shorebirds.

So, characteristics, then: the majority of the larger birds have round heads atop slender necks, protruding from tipped, pear-drop-shaped bodies with medium to short length tail feathers.

They will generally be longer-legged with distinct knees, ending in webbed or long-toed feet, which they stalk about on, either in slow, careful movements, or rapid scuttling.

Their bills will be long and narrow, ending in a tapered point, and may be straight, upturned, or downturned, depending on their feeding habits.

Smaller shorebirds will be mostly plump-bodied topped by a smaller head with virtually no neck, and they will hurry about in bursts of movement on short clockwork-like legs.

Their bills will be miniature versions of the larger birds, but mostly straight and a little thicker at the base.

Shorebirds are usually quite sociable, which in birding terms is known as gregarious, and you can often see mixing of flocks that include several different types of birds.

There is usually some form of strata to a shoreline full of birds, and a good thing to remember: once you’ve found the big birds, search among their legs: larger groups of godwits, curlew and stilts will usually be noticeable at first, then a little beneath their chest height will be a shorter tranche of redshanks, greenshanks, distinctive black and white oystercatchers, the odd fancy plume of a lapwing.

Lower down still, trying to keep out of the way of the long legs and running back and forth from the ebb and flow of the water you can see the shorter hunched forms of dunlin, sanderlings, plovers and turnstones.

Many of these birds are both resident and migratory, so numbers will swell markedly during non-breeding season (winter) as they head in their tens of thousands to the same place year after year, providing hours of birdwatching glee.

This is why their bills will have a specific shape depending on how they find and claim their food.

Godwits and curlews, for example, probe deep into the mud, so their bills are long and narrow, and very sensitive at the tip to “feel” movement within, but avocets feed on the small creatures that drift just below and above the mud’s surface, so their upturned bill is ideally shaped for scything back and forth through the top few centimetres of sludge and water.

‍Avocets are considered one of the targetbirds to see among all the shorebirds – they seem to embody an elegance and virtue that the other birds lack. It’s most likely due to the pleasant feel to their name and that slender upturned bill, but their plumage colouring is so distinct and neat.

Add to that there are only four species of avocet in the world, when you spot one you do feel just a little bit like you’ve won a prize.

The American avocet is the only one found in North America, and has beautiful rust-red breeding plumage.

‍Oystercatchers are also a firm favourite with shorebird lovers due to their plaintive and sweet “wheep” that they shout to each other, often in rapid succession that can almost sound like someone foot-pumping up an inflatable mattress.

There are adorable, instantly recognisable characteristics to all of the shorebirds; diligently searching for every whelk and arthropod, constantly thwarted then conversely aided by the rushing in and out of the waves.

‍ It is a joy to be able to watch these birds, and once you’ve spent an hour or two in their company, they will be unmistakable to you the next time around.