Back to tales
Bird feeding
,

Is Feeding Birds Bad for Them? 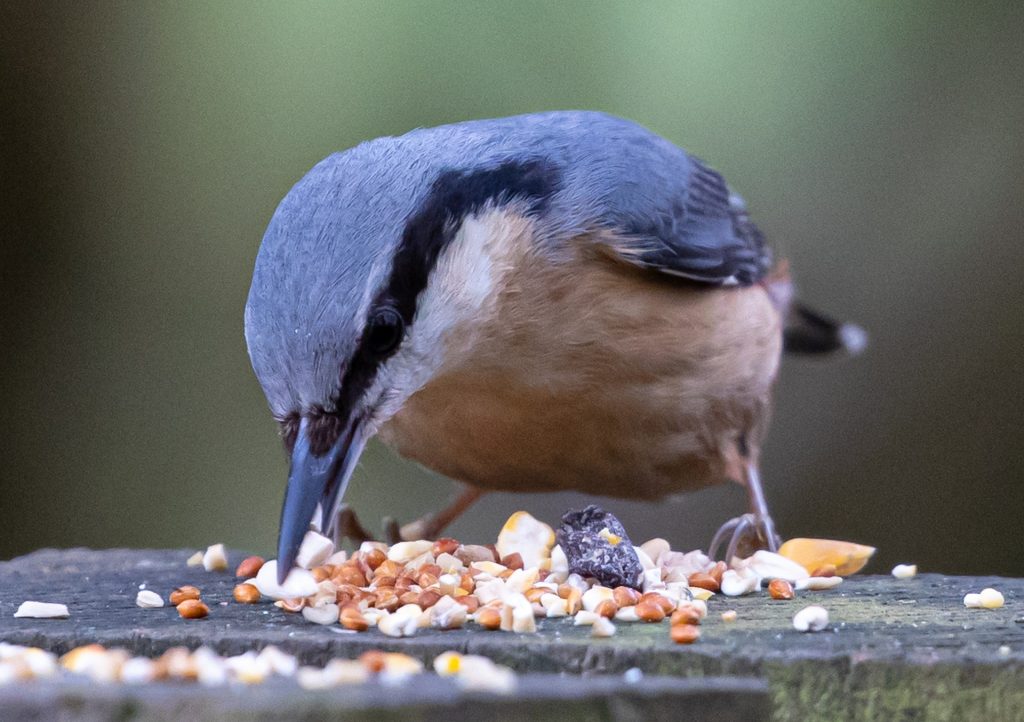 Watching birds at your feeders is a fantastic pastime, one which can be relaxing, educational, and exciting. Questions do exist in some people’s minds, though: is it bad for them, does it alter their life dynamics, migration? In today’s post, we look at some reasons given against using feeders, and talk through the issues around those views.

There have been claims that providing birds with supplementary feeding changes their life cycles, influences population numbers of some species over others, and may even affect migration, too. There have been a number of studies trying to determine if any of these things are indeed true.

One published in September 2021 was carried out by researchers from Manchester University, UK, that looked at population sizes of garden birds. Their research supports the conclusion that some species like nuthatches have benefitted from feeders, but that others like the marsh and willow tit could be at risk of losing out as other species’ numbers have been boosted, effectively dominating the feeders and creating competition where none existed before.

However, the authors were keen to express that the operative words were “could” or “may”: many factors could affect numbers, and that not putting out feeders was not the answer. Instead, they stressed that biodiversity was the key to a healthy habitat, and alongside feeders, which do help, also plant native shrubs, trees, and flowers and provide a fresh and clean water source if you can.

Likewise, a study carried out in Lincoln University, UK, found that the nation’s fastest declining bird, the turtle dove, was actually failing to survive into adulthood because of the type of food they were consuming, having made the switch to sunflower and Nyjer seed-based diets, after frequenting feeders. As their original habitat was removed at great pace for intensive agriculture since the 1970s, feeders became their major source of sustenance.

Again, the call to provide a wide range of foods via natural habitat was the key message here.

In late Spring and most of Summer 2021, many residents and wildlife professionals in mid-Atlantic, Midwest and Southern US states were distraught to discover that thousands of songbirds and other larger species were being struck down with a mystery illness. At the time of writing in December 2021, the illness has still escaped identification and therefore a determination of the cause.

All test results of known bird illnesses have come back negative.

As many of the species involved were known to be those that frequented feeders, state agencies put out pleas to all residents to take down all feeders and not to put them back up until a cause had been found. There was none of the usual evidence that the disease was feeder-related, but it was best to be cautious. Several months on, all test results of known bird illnesses have come back negative.

By late August cases were on the down curve with no new ones occurring, so residents were told it was safe to put the feeders back out - but remain vigilant and listen out for any renewed instructions. Theories about the illness continue; the most popular one, given its striking weirdness adding to the whole mystery, is that of Brood X, billions of cicadas emerging from the ground after 17 years as per their breeding cycle.

This theory is a favourite as the spread of the disease through the affected states strongly correlated with the waking of the sleeping insects. Some believe these dormant creatures had become contaminated by chemicals in the soil, perhaps from agricultural practices, which had then passed to the birds as they tried to eat them; many of the affected birds are insectivores, such as common grackles, blue jays, starlings and so on.

Whatever the cause, people dutifully obeyed the warnings and feeders were taken down in their droves. Illnesses can be easily passed on to other birds at sites where they congregate, so naturally feeders fall into this bracket.

Keeping your feeders clean regularly and being vigilant whilst you’re watching your favourite wild winged animals is paramount – if you see any signs of illness such as crusting around the beak or eyes, lethargic or non-moving birds, or ones who look wobbly or plainly unwell, alert your local bird organisation and take your feeder down, wash and dry it, and keep it in until advised otherwise to assist with helping any carriers of diseases disperse and allow the illness to peter out and leave the local population alone.

Sign up to newsletters or alerts from your local birding groups, or make a mental note to check the news about birds in your area.

There have also been a handful of studies that have concluded that supplementary feeding does not encourage dependency, however, which is one of people’s greatest concerns. This study published in June 2021 found that birds do not forget how to find food for themselves and would spend much of their day seeking out natural food sources.

Taking advantage of the goodies supplied at feeders was only to be expected, but there was no sign that this was their only feeding activity nor did they fail to find food when feeders were removed. The use of the term “supplementary” is therefore apt.

One US study looked into whether feeding birds helped during nesting, and used data spanning 5 years that had recorded the egg clutch size and number of clutches laid of three species, the Black-capped and Carolina chickadee and Eastern bluebird, frequent feeder visitors.

Supplementary feeding does not encourage dependency.

Each species was split into two types – those who were given supplemental food and those who were not. Results showed that there was no change to the number of eggs laid between the two groups, nor the survival rate of either group, although the bluebirds did start to lay earlier in the season, thereby sometimes managing to lay another clutch later on, fairly normal behaviour for bluebirds. Chickadees tend not to lay more than one clutch, and neither group differed from this standard, nor did either group lay eggs earlier like the bluebirds.

There is still a lot to learn about intentional or supplementary feeding, given the scope and scale of the pastime across the globe now. Feeding the birds is an industry that generates billions of dollars, sterling, yuan, whatever currency you can name, and is only expanding, especially since the pandemic when people in their millions looked to the joy of nature for some serenity in a suddenly turbulent world.

Studies are required to analyse outcomes, but of those that have already been carried out, there is the emphasis that feeding birds certainly hasn’t been shown to do any harm; we just need to keep the feeders clean, provide a range of quality food specific to the species that inhabit our locale, and where possible, plant as many native florae to encourage natural biodiversity, recreating habitats long gone.