Back to tales
Bird conservation
,
History
,

Seven Women Who Changed the World of Birds 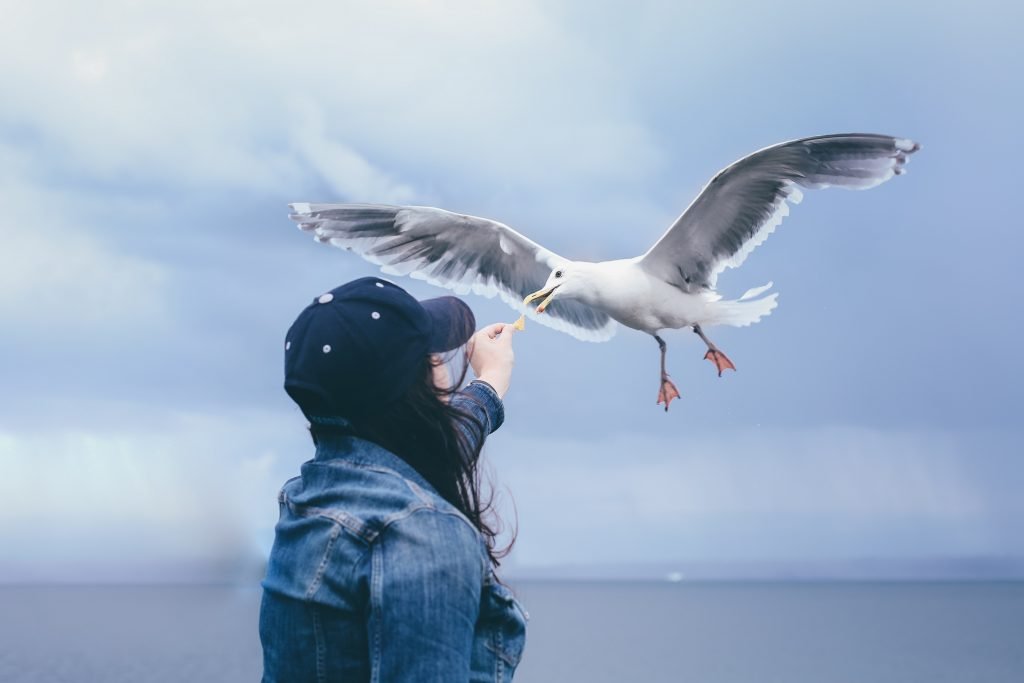 March 8th marks International Women’s Day, a day conceived to shine light on the equally important work that women across the world do in their lives, communities, and field of expertise. In today’s post, we celebrate the achievements of those women who advanced the world’s understanding and love of birds.

In an ideal world, there would be equality across all cultural, economic and social aspects for both men and women alike. Things have certainly come a long way for female equality in the past 100 years or so, but there are still factions of society, indeed entire countries and political systems, that decree one is better and more deserving than the other, based purely on chromosomes.

This growing influence of women brought about important pieces of conservation legislation.

One area where women have been characteristically overlooked is in bird conservation: furthering of knowledge through the study of birds, spreading awareness through highlighting the perils birds face, and the all-out direct action of helping them and their habitats survive, out in the wilds of nature.

Today we look at seven women who have left their mark in the skies.

We take our hats off to you

No list connecting women and birds would be complete without the frankly world-changing actions of two sets of women, one Stateside and the other on the British Isles.

In 1889 in a town just outside Manchester, UK, Emily Williamson, appalled by the killing of birds for the use of bird feathers on hats and clothes, formed the Society for the Protection of Birds. She was well connected and came from money: using these privileges to her advantage, she held meetings where she educated other influential womenfolk about the horrific slaughter of birds en masse for fashion, and how senseless this was.

Over time her efforts gained traction and she teamed up with Etta Lemon and Eliza Phillips of the Fur, Fin and Feather Folk, and together they were finally granted a Royal Charter in 1921 to become the RSPB.

Across the Atlantic waves, just 6 years after Ms Williamson and co raised the issue in the north of England, in 1895 cousins and socialites Harriet Lawrence Hemenway and Minna Hall held the hateful practice in the same regard, and rallied their wealthy female friends, the prime market for such atrocities, to boycott the plume trade.

The sheer number of women across the US who agreed to do so meant that they effectively brought the practice to a halt, removing the demand and thus damaging the supply. Later that same year they formed the first Audubon Society in Massachusetts.

Like-minded bird lovers in other states set up their own Audubon Societies, and the members flocked in. Supported by President Theodore Roosevelt, the plume trade was first banned in New York State in 1910 with other states following suit over the next ten years, and across the country this growing influence of women brought about important pieces of conservation legislation like the Migratory Bird Treaty Act in 1913.

If you want to learn more about our superb female pioneers who brought down an industry and saved countless birds, click here for more history of the US duo and here for the UK team.

A dragon on their side

Ida Phyllis Barclay-Smith first came to the attention of the larger birding world at the age of 28 when she delivered a speech at the 1930 International Ornithological Congress about oil pollution and seabirds, having learnt about the issues when she joined the RSPB formed by her aunt, Etta Lemon.

For the next 50 years this British ornithologist was instrumental in bringing together aviculturists and ornithologists to increase awareness of insecticide risks, helped establish the International Wildfowl Research Bureau, was extremely persuasive in enabling communication between scientists, politicians and businesses, and earned herself the nickname The Dragon for her formidable yet efficient attitude.

Along with many others, she famously resigned from the RSPB in disgust in 1935 when it was decided the Society would acquire more gravitas if it were run by a man.

Instead, she joined the International Council of Bird Preservation (ICBP) and found her way through the maze of male-led institutions, becoming its secretary in 1946 and secretary-general, the leader of the organization, in 1974. The ICBP was one of many permutations of what we now know today as Birdlife International.

In 1958, Barclay-Smith became the first woman to receive an MBE for conservation, one of the categories in the Most Excellent Order of theBritish Empire. In 1970, the award was upgraded to a CBE, with Member replaced by Commander, the highest of the accolades.

She is also one of a handful of women to be awarded the Most Excellent Order of the Golden Ark, a Dutch Order of Merit given to people for their major contributions to nature conservation.

She shares this award with other exemplary human beings like the primatologist Jane Goodall and another ornithological superstar, Roger Tory Peterson.

Sister to the storks

In today’s world, there are thankfully thousands of women making huge changes, establishing global networks and jointly orchestrating effective bird conservation programmes with their male counterparts, but one that stands out for us today is a woman dubbed The Stork Sister of Assam.

Sandwiched between Bhutan and Bangladesh lies a small section of land in India that is now home to the last stronghold of the Greater Adjutant, a species of stork, known locally as the Hargila, or bone-swallower.

These huge birds are scavengers, and as such have been reviled for centuries, and over time persecution by the destruction of their nests by felling the trees and hunting for their meat has meant their numbers have all but been wiped out, with just 1,200 left.

She was considered unladylike, wasting her time.

Once abundant across southern Asia, there are now only three known breeding grounds in the world, the largest of which lies in Assam. Luckily for them, they have found a saviour in Purnima Devi Barman, an ex-college teacher and now devoted conservation biologist doing everything she can to save the storks.

By raising local and national awareness of their essential role in the biodiversity of the planet, the people’s attitude towards these largest of the living storks has shifted from one of revulsion and disgust to pride and love.

But it wasn’t easy at the beginning; being a woman trying to change the minds of many meant she was considered unladylike, wasting her time; but she ignored the remarks and instead considered the jibes a challenge, and rose to it.

By understanding that her core influence lay in the women of the villages where the storks bred, she took to explaining the bird’s role in ecosystem services, by keeping the area clean of rotting flesh and therefore disease and an increase in feral dogs and other unwanted animals.

Accepting this explanation as the natural way of things, the women united in Purnima’s aim, and what started as an all-woman “army” soon had the men envious who too wished to join in and help save the storks. Money came to the area by way of word of mouth to see these gentle giant birds, bolstered by a very canny side-line in local folk handicrafts bearing the Hargila motif on woven bags, towels, and other items.

Dances were created, and festivals spawned. Where there were once just 26 nests, there are now over 270; the trees are no longer cut down, the storks are free to live their harmless lives, and across India thousands more people are becoming aware of the Stork Sister and her winged family.

Purnima has since been awarded the Whitley Award from the Whitley Fund for Nature (WFN) which celebrates grassroots conservation leaders, the Nari Shakti Puraskar from the Indian government’s Ministry of Women and Child, the United Nations Development Programme India biodiversity Award, and she is the honorary director of Women in Nature Network (WINN), India. We look forward to following her work in the years to come.