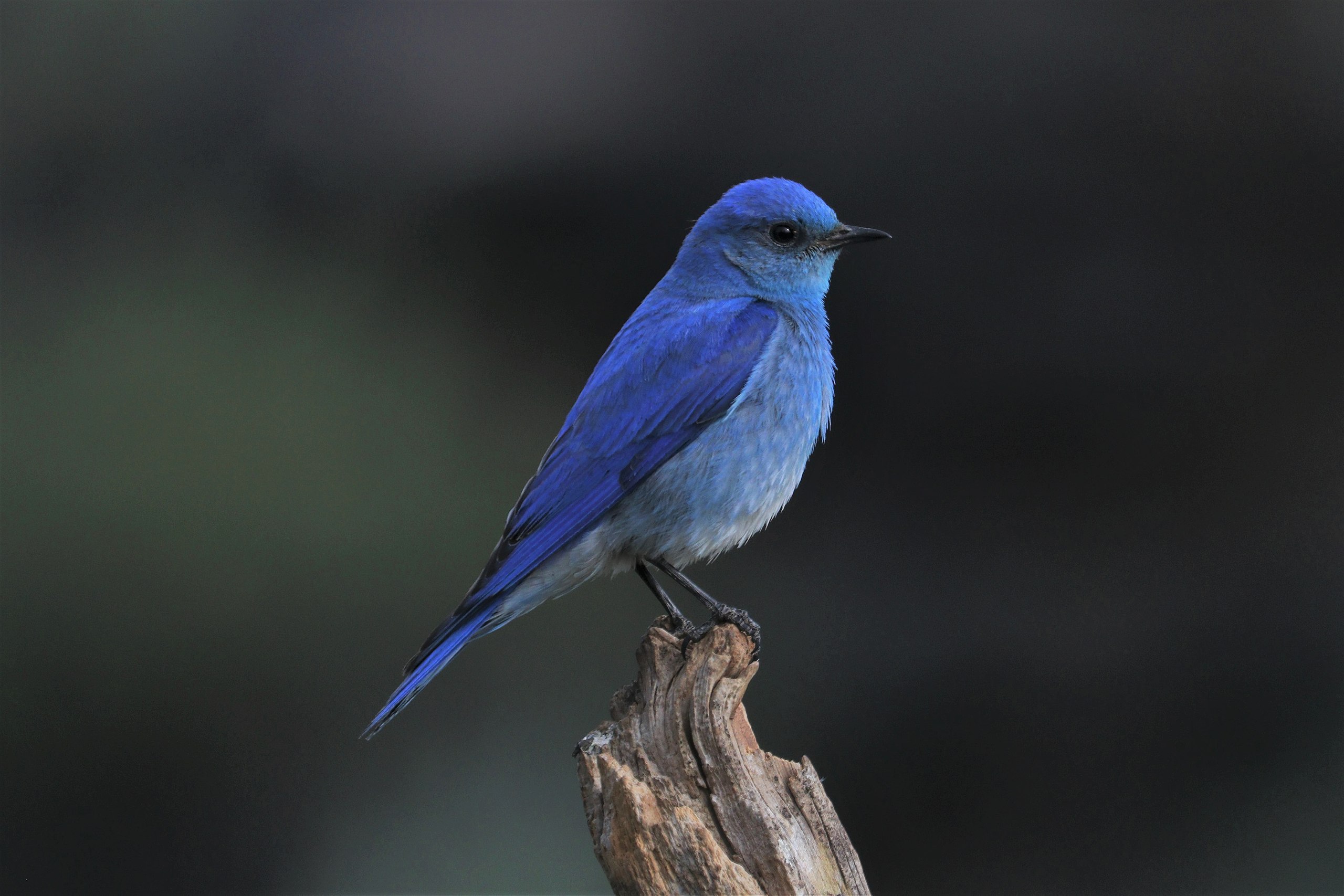 The sighting of a bluebird has brought joy and delight to people for thousands of years, with many cultures adopting this clear-sky-jacketed member of the thrush family as an emblem of new beginnings and a chance at happiness. In the United States, this songbird even has a whole day dedicated to it.

‍Bluebirds are simply beautiful, and in the New World, these birds signify new and happy beginnings full of love and joy. There is something about the color blue in a bird’s plumage that lifts the heart and is a wonderful sight for our eyes, perhaps because the color blue is so rarely found in nature (except for the sky, of course). The blue of these birds’ feathers isn’t actually blue, either – we see it as blue due to the structure of the feathers, where tiny pockets of air and keratin are aligned in such a way that when they catch the light, they reflect back the blue wavelength on the color spectrum to our eyes.

In many cultures, bluebirds have been historically associated with all that is beautiful, good and joyful. They are symbols of the arrival of Spring, probably because their beautifully plaintive trills can be heard as the snows melt and the days lengthen and breeding season begins, although the phrase ‘bluebird days’ is used by winter sport enthusiasts to describe that particular bright kind of day when there is good visibility, sunshine everywhere and that perfect fall of fresh snow. The phrase is also used to describe the bright sunny skies that follow the passing of a storm.

There is evidence that bluebirds were revered in Ancient China, and more recently, bluebirds feature in stories, songs and art throughout Native American, Canadian, and European folklore. The Navajos saw these birds as a benevolent spirit in avian form, and the Iroquois believed their song made winters more bearable.

At the turn of the 20th century, Belgian playwright Maurice Maeterlinck saw the first production of his play The Blue Bird in 1908 in Moscow, premiering on Broadway two years later. In the play, two children are tasked to travel the world to seek out a blue bird to save their family from impending disaster – unable to find it, they return home, dispirited, and upon setting foot back inside, see that their own pet bird is indeed blue; the symbolism here being that happiness can be found at home. Many historians link the phrase bluebird of happiness to this play, despite those words never actually being said in the text; but bluebirds are so admired throughout the world across the ages that the phrase could well have originated anywhere.

In 1934, the composer Sandor Harmati, along with lyricist Edward Heyman, wrote the song “Bluebird of Happiness” for his friend, the tenor Jan Peerce, lead singer at the famous Radio City Hall at the time. A recording in 1945 with the RCA Victor Symphony Orchestra became a worldwide hit for Peerce, and despite many cover versions, is the version most beloved today. Famously in error, the song “(There’ll be Bluebirds Over) The White Cliffs of Dover”, a rousing song of hope sung by the inimitable Dame Vera Lynn in the last few years of the war at rallies to boost troop morale, was written by US composer Walter Kent and lyricist Nat Burton – neither knew that bluebirds can’t be found in England. No matter – the song endures to this day. Even the celebrated American poet Robert Frost wrote about them, in his 1956 poem The Last Word of a Bluebird.

All of these examples of bluebirds in literature and song have helped cement the iconography of this stunning and easily spotted bird, and now, on September 24th every year, people across the US and in other parts of the world celebrate Bluebird of Happiness Day.

But just how do they do that? Simple – go bird watching! Seeing these birds in their natural habitat can be a birdwatcher’s high point, but if you live in an area where these guys don’t usually live, have no fear. You can join in the fun and adore these creatures from afar by reading up about them – there are plenty of other examples of bluebirds in stories aside from those above, such as The Bluebird Books series written by L. Frank Baum, author of The Wonderful Wizard of Oz – although he wrote these teenage girl-detective stories under the pseudonym Edith Van Dyne. You can also draw and paint pictures of them, or have a go at writing your own stories or poems about them. You can even adopt a fluffy version of one, and help fund conservation efforts

Where to see them and how to help

There are three species of bluebird in the Americas – Western, which can be seen in California, the southern Rocky Mountains, Arizona, and New Mexico in the United States, and as far south as the states of Oaxaca and Veracruz in Mexico; Eastern, spotted in east-central southern Canada to the US Gulf states, and south-eastern Arizona to Nicaragua; and Mountain, found throughout the mountainous districts of western North America.

Insectivorous birds, gardeners absolutely love them. These popular birds experienced a severe decline in their numbers during the 1970s, with estimates claiming more than 70% losses due to competition of nesting sites with house sparrows and starlings, both introduced species, combined with the all-pervading loss of habitat. These double pressures looked gloomy for the birds, but due to the sheer love that people have for these medium-sized songbirds, their numbers began to creep up in the late 1990s, and in 2005, birders reported bluebird numerous sightings across the southern US as part of its Backyard Bird Count, a fantastic indication that they were on the up. This recovery has been largely attributed to volunteers establishing Bluebird Trails across regions, erecting next boxes and most importantly, monitoring them.

If you’d like to know more about setting up your own bluebird trail, here is an excellent starting point, but remember it takes both financial and time commitment – many trails have fallen into disrepair through some reason or another, but you can also find out from your local bluebird society (scroll down for links across the US) if there are abandoned ones in your area that you can resurrect, lessening the initial outlay for you.

For such a popular day with such a wholesome and heartening meaning, it does seem a little odd that no-one can find out how it all started (not even me and my expert sleuthing). There just doesn’t appear to be a record of this anywhere, but if you, dear reader, do know the origins, please feel free to share it with us.

But perhaps it doesn’t matter how it all began; instead, let’s just focus on the present and the future happiness of all, and have a fun day, whatever you do.