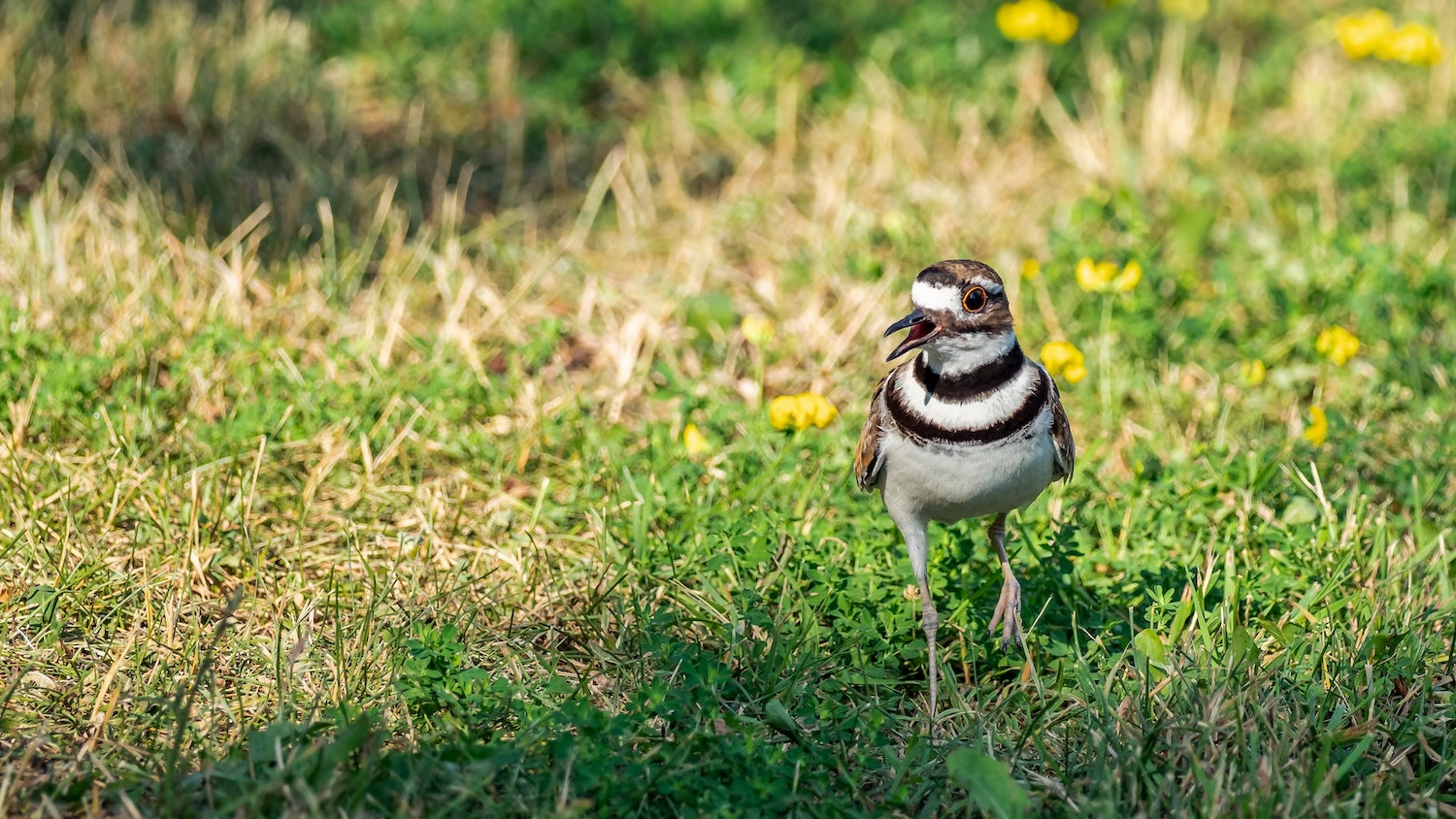 Every summer as breeding season ends, the sky fills with new birds learning how to fly and finding their own food, under the watchful eye of their somewhat exhausted parents. But this window of learning is very narrow – as the day length shortens, family ties are cut and soon it is each to their own.

During the breeding season, birds need to attract a mate, perform courtship rituals, build a nest, lay, incubate and finally rear young, all within a relatively small geographical area known as their territory.

Once the hatched birds have left the nest, known as fledging, their parents will still be around for a while, making sure they learn how to watch out for predators, which foods are safe to eat, and other handy tips to navigate life as a new bird.

But this period is mercilessly short; in a bird’s life, blood is not thicker than water – access to resources is now under great strain with this increase in hungry and thirsty beaks.

As well as the need to search further afield for food, scientists believe this is a crucial time for migrating species to figure out just where they live – and need to come back to – during the breeding season.

Once the work of the parent is done, there is no need to defend the territory as no one is tied down to the nest site anymore. For a few short weeks, all birds will experience a change to the extent of their range known as the post-breeding dispersal, a name that does exactly what it says on the tin.

There are two theories that aim to explain this spread. Aside from easing the pressure on food resources, it is believed many species undergo one of two instinctual behaviours: the exploration hypothesis, where new birds are thought to be familiarising themselves for navigational purposes, either memorising landmarks for their return after migration, and / or seeking out next year’s breeding sites; and the migration hypothesis, where adult birds who will leave for their wintering grounds are preparing for migration.

The huge push across the oceans, deserts and land masses does not yet happen, but research has shown that birds do spread out in the direction of their eventual flight path, getting a head start, if you will.

Studies on this last stage of post-dispersal are sadly few and far between, due to the resources required to track large numbers of individual species to get an idea of their range, but there has been some headway made in research on blackpoll warblers, small black and white streaked songbirds of the New World.

These birds have longer wings compared to other warblers, simply because of the fact they fly twice a year to and fro between the furthest northern reaches of the United States and Atlantic Canada, and the Caribbean islands and northern mainland South America.

A 2015 study found that both young and adults moved up to 200km away from the nest sites before the true migration stage. Adults moved southwest over the New England states and across the Gulf of Maine, without actually setting off on their onward migration route yet, a move thought to assist in energy conservation for that first push.

But for that year’s hatched brood, they moved more or less the same distances but with less directional intent, indeed, in meandering circles from northern areas to southern ones, in more of a spread across the land.

The young were recorded as exploring the coastlines in a north-south direction, and it is thought that the birds were familiarising themselves with the pull and wane of the magnetic field, depending on their distance from their nest sites up near Nova Scotia.

The full mechanisms of migration may never be understood, but evidence is growing that points towards the birds being capable of telling which way is north by some kind of compass, sensory equipment in their skulls.

The push and the pull

It is one of those conundrums that humans may never get to the bottom of – how does a migratory species know which way it needs to go, yet have no knowledge of the geographical location it was born into?

This post-breeding dispersal period goes some way to providing that answer. They go and take a look around, noting certain characteristics of their new surroundings, all while paying vague background attention to that strange and unknowable pull in their bodies.

For those resident birds that remain, once the summer migrants disperse in this way, for a short while they can reoccupy the territories now vacated, a chance to reassert their own winter territories before migrants arrive from the other direction; and the cycle of territory competition begins all over again.

It's the journey that counts

Learning about these stages of a bird’s life doesn’t just expand our knowledge of how the world works, how to be a better birder, and anticipate which birds we can hope to see at certain times of the year; this information is hugely important when it comes to reintroducing species to historical breeding grounds.

Over a period of four years, scientists monitored the post-breeding dispersal activities of the Crested Ibis, a bird whose range used to cover Japan and parts of China.

Prior to conservation efforts, the last known wild ibis in Japan died in October 2003; overhunting and pesticide use combined with habitat loss pushed the species to the brink of global extinction.

But the studies allowed conservationists to also support their requests for other locations to be designated as protected areas as part of the restoration program. It’s not enough to know where the birds need to breed, you need to know where they will disperse to before they leave. If they cannot find their way around their new region, they have little chance of surviving to the next cycle.

After monitoring the regions that the ibises moved to over four years, reintroduction of breeding pairs was started in earnest in 2008. In 2012, three crested ibis chicks hatched on Sado Island, the first time this had happened in the wild in Japan in 36 years.

On June 23, 2022, a record 500 birds returned to the island to breed, making this a rare conservation success story. Without the supporting knowledge of post-breeding dispersal, corridors of land essential to their way of life would not have been identified and protected, but now this research can be applied to other endangered species to help them recover their numbers, their territories, and their lives.