Back to tales
Bird conservation
,
History
,

Heroes of the Bird World 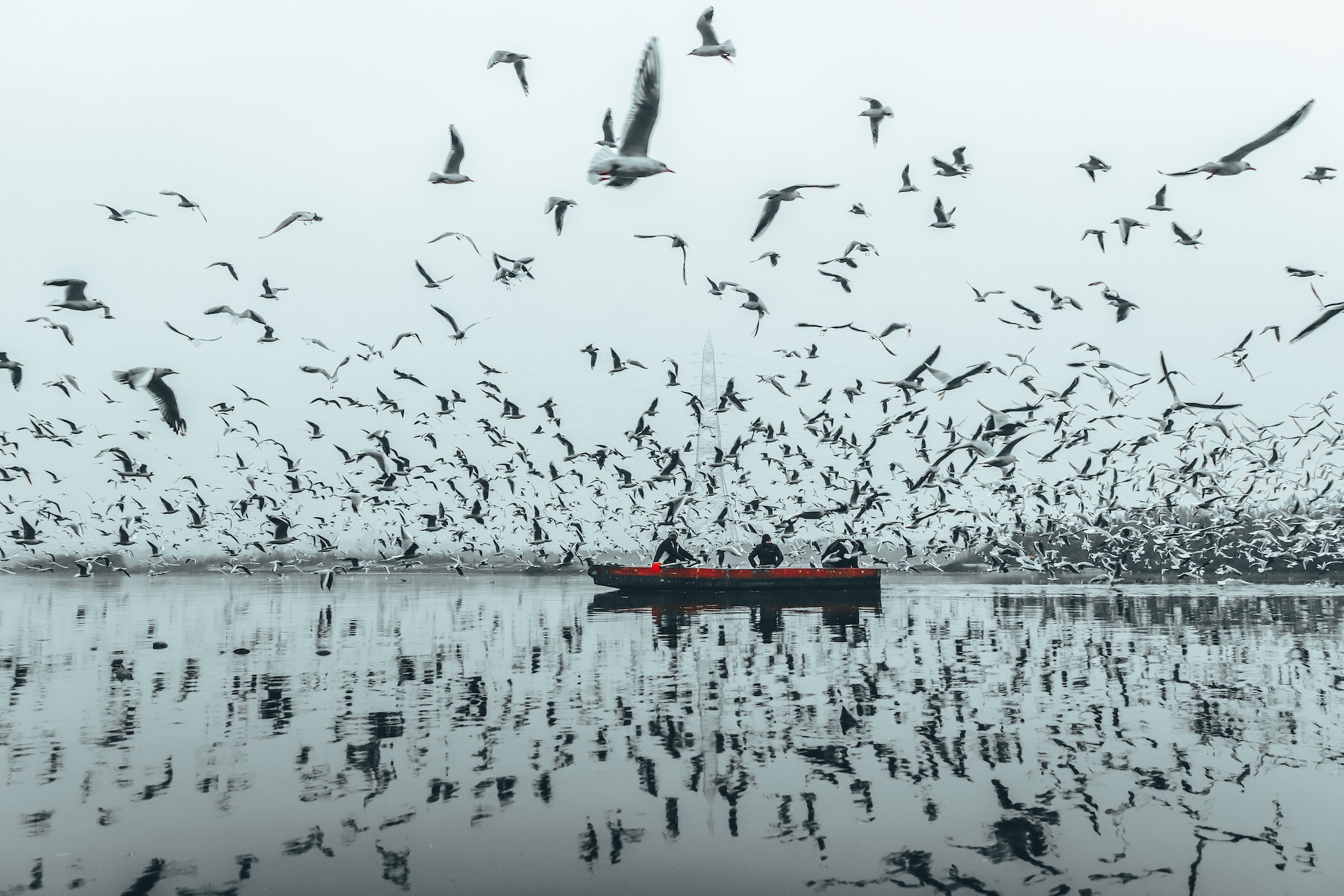 Awareness of birds in need has been growing at a remarkable rate as more and more people show an interest through feeding, monitoring, and a general love of birds. But who started it all? Today we take a look at just a fraction of those whose dedication has done wonders for the world.

The words conservation, ecosystem and habitat feel like they have been around forever, but it is only relatively recently these concepts entered the global consciousness.

With superb leaps in technology and communications, more people than ever before now have the ability to identify and help wildlife survive the multitude of challenges that come its way.

On becoming a judge, she enacted one of the world’s earliest-known bird-protection laws in 1392.

Citizen science now plays a critical role in helping conservation organisations appeal to governments and corporations, increasing awareness of the root causes and what can be done about them, not just in the well-known parts of the world like the Amazon rainforest, but in our towns, our countryside, our outdoors.

Today we look at some of those pioneers of their time and the methods they devised to further conservation and the huge benefits it brings.

This much respected woman is Sardinia’s most famous heroine, and as a member of a wealthy family, she practiced falconry from a young age and adored birds of prey. Although the academic discipline of ornithology was still about 500 years off in the future, she studied their behaviour, feeding habits and breeding cycles.

On becoming a judge, she enacted one of the world’s earliest-known bird-protection laws in 1392, protecting the nests of hawks and falcons against illegal hunting. Eleonora’s falcon is named in her honour.

As a 13-year-old, Nice would compare notes taken from the age of nine to understand fledgling success of local songbirds. As a teenager she studied the interactions of chickens and established the concept of “pecking order” thirty years before Thorleif Schjelderup-Ebbe was credited with the phrase.

Her research augmented at a considerable pace and she gained an M.A. in Biology at the age of 32, leading to a professorship in Ohio that granted the opportunity to meet more ornithologists.

The life-histories and behaviour of birds were her passion, and her records so meticulous and vast that her first paper on the song sparrow was published in Germany, as American journals didn’t accept articles that long.

In 1942 she was awarded the coveted Brewster Medal from the American Ornithologist’s Union in recognition of her outstanding work. Her pioneering use of coloured bands on bird legs to determine who was doing what to whom fermented the concept of territorial behaviour in birds, a commonplace concept today but radical and dismissed back then. Her methods spawned new generations of conservationists.

In the 1870s Henry, an Irish immigrant, moved to New Zealand. There, he learned bushcraft and became enamoured with the local birdlife. He was afflicted by depression and attempted suicide once in 1894, but just a few days after came a turning point – he received a job offer to be curator of Resolution Island, established as New Zealand’s first predator-free reserve.

His seemingly simple yet heroic act of rowing the birds away from harm is now known as wildlife translocation.

Between 1896 and 1900, with his (muzzled) dog Lassie by his side in a small dinghy, Henry rowed hundreds of gently bagged kakapos and kiwi away from invasive predators on the mainland to safety. He built pens for the kakapo, some of which are still intact to this day.

Unfortunately, predators managed to swim to the Island in 1900, and sadly killed all of the kakapo inhabitants. Devastated by the failure of Resolution Island, he left to become ranger at Kapiti Island until 1911, and by his retirement he had plunged back into the depths of his malaise, very sadly dying alone in 1929 from senile decay and heart failure. The only person to attend his funeral was the post master.

Despite being not very well known among the public, Henry is referred to as the "grandfather of conservation” in New Zealand to those in the field. His seemingly simple yet heroic act of rowing the birds away from harm is now known as wildlife translocation, a successful conservation technique in use today.

Don Merton, another beloved NZ conservationist credited with saving the black robin by using translocation, is seen in our cover image holding a kakapo named Richard Henry as a tribute to the ferryman of the birds.

Known as the Father of Forestry, Pinchot’s view on conservation acknowledged that whilst undeniably beautiful and necessary to the survival of the planet, the forests of the USA were a vital resource for its citizens who relied on them for their livelihoods, and needed to be conserved using sustainable resource management rather than stripped bare for once-only gain.

This approach angered both profit-hungry corporations as well as advocates of the environmental movement, notably John Muir. Nonetheless, Pinchot’s reasoned and impassioned arguments for the interdependence of people and natural resources wooed many a wealthy donor, enabling the creation of the Yale School of Forestry and the American Society of Foresters which provided development opportunities for those pursuing a career in protecting woodlands and practical conservation.

President Theodore Roosevelt appointed him as the natural choice to run the newly formed US Forest Service in 1905, a role he held for 5 years, and Pinchot’s legacy includes the Pinchot Institute for Conservation which promotes clean air and water, as well as numerous trails and parks across the country such as the Gifford Pinchot National Forest in Washington State and the Gifford Pinchot State Park in Pennsylvania, where he was governor for two terms.

These much-loved magnificent preserved habitats are home to a plethora of birdlife and are important migration stopover sites, where you can try your luck observing seldom-seen species like Red-throated Loon, Yellow-crowned Night-Heron, Pacific wren and Bald eagle.

When 34, disgusted by the trade in feathers for women’s hats, Emily Williamson established The Plumage League which she ran from home in Didsbury, UK. The ethics at the core of the group resonated among socialite ladies, and they published thousands of pamphlets to raise awareness of the abhorrent trade.

Eliza Phillips was also running a similar group from her home in Croydon, UK, the Fur and Feather League, also publishing literature to highlight the issues. Awareness of each other’s shared interests in bird and wildlife welfare inevitably led to the two finally meeting up and joining forces in 1891, forming the Society for the Protection of Birds.

The Society rose from 1,200 members to 20,000 over 8 years and this growing influence led to Queen Victoria declaring osprey feathers no longer part of military uniforms; in 1904 the Society received a Royal Charter and the Royal Society for the Protection of Birds (RSPB) was born, now Europe's largest conservation charity with over 1.1 million members.

Special mention must go to Theodore Roosevelt who signed the USA’s Forest Reserve Act into law in 1891 giving him the power to prioritise conservation, a passion of his, and establish national parks, forests, and monuments intended to preserve the nation's natural resources. During his 8-year administration he set aside 150 national forests, the first 51 of which were designated federal bird reservations.

There are hundreds if not thousands of similar people throughout history whose lives have helped the continued existence of birds and subsequently touched our lives, whether we realise it or not.

These passionate and caring individuals who through their love of nature and understanding of the role it plays helped make the world a better place, and we’re very relieved to say on behalf of the birds, the lessons from the past live on to this day, continuing to inspire people all over the world.