Back to tales
Birdwatching
,
History
,

When and Why Did We Start Birdwatching? 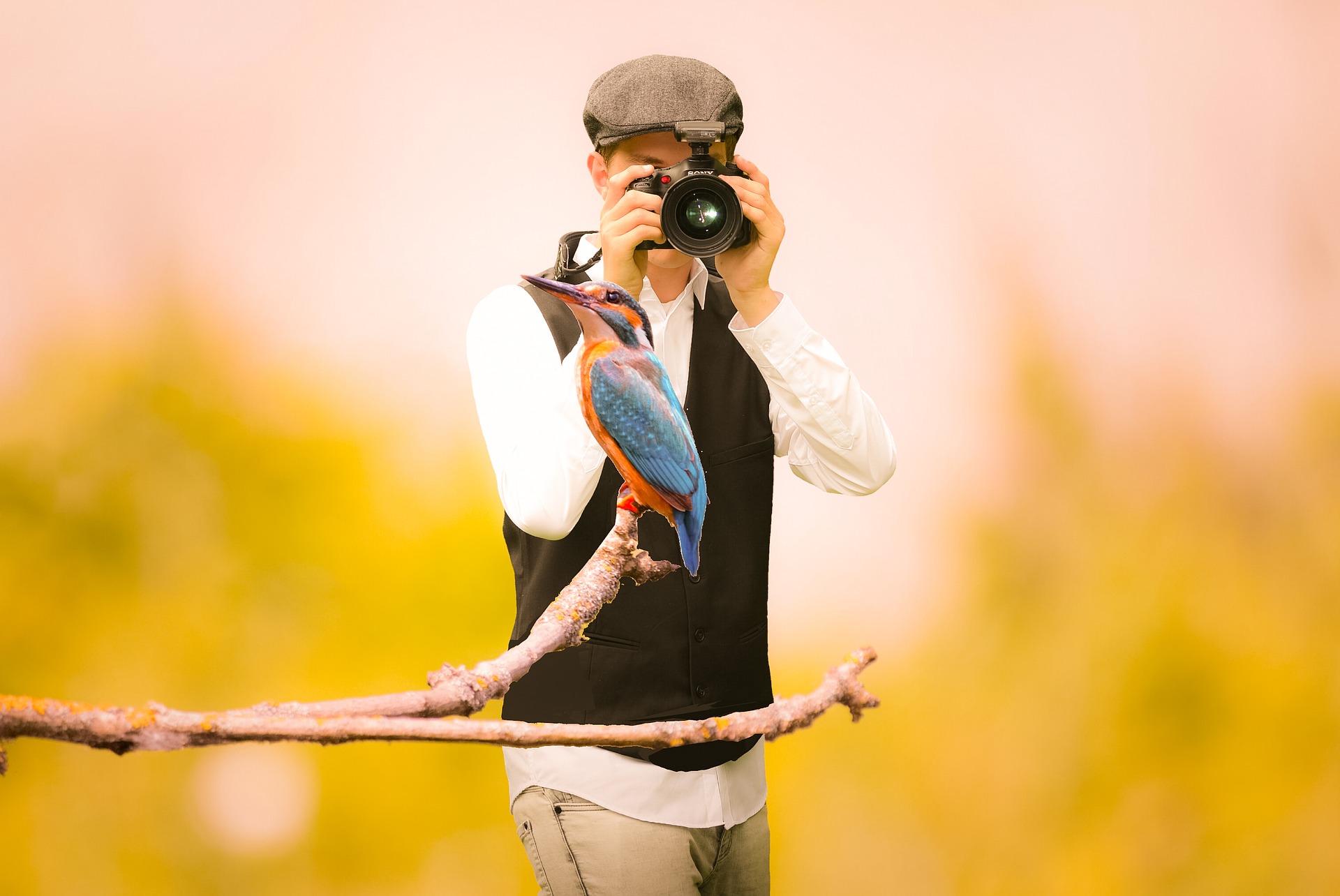 Why did people start to watch birds, rather than just hunt them? In this post we go back in time and find out how a hat was instrumental in helping this leisurely pastime take off and some of the other reasons why birdwatching became “a thing”.

‍On the 11th of February, 1061, an entry in Old English was made into a calendar that simply stated: “at this time, the birds begin to sing”. This is the only reference to birds throughout the entire book, which is now held in the library at Corpus Christi, Cambridge UK.

This innocent remark is now known to refer to the wider common Anglo-Saxon activity of listening for birds. An unimaginable abundance of nature, unmarked by industry and commerce, coupled with little to no noise pollution, meant it was far easier for people to hear the birds than see them.

Back then, birds were categorised by their calls and songs, often with specific meanings attached to them, depending on the timing and timbre of the sound – a warning of impending bad weather, or a sign that summer is here, as with the cuckoo.

In his 1602 play The Merry Wives of Windsor, Shakespeare wrote that a character was going “a-birding”, but we soon realise this meant to hunt them. And so, throughout many centuries: birds were either markers of time, or to be consumed.

Skip ahead to the 18th century, and men of science who dwelled in the countryside, fascinated with all things of nature, began to notice the birds on their daily walks, often spending hours beneath the same tree, sketching, discussing, noting the activities and differences they saw.

Gilbert White’s seminal 1789 publication The Natural History of Selborne is universally credited with the birth of ecology and the need to respectfully understand the natural world around us.

The first pamphlet of the newly formed Society for the Protection of Birds argued against the widespread slaughter of ‘ornamental’ birds.

However, it wasn’t until a hundred years later in 1889 that the British public and world at large thereafter began to pay specific attention to birds as observable and exciting creatures best witnessed as living beings in their natural habitat.

This began by the direct actions of three women: Emily Williamson, founder of The Plumage League, who joined forces with Eliza Philips and Etta Lemon from the Fur, Fin and Feather Folk.

Merging in 1891, these two groups were born out of revulsion to the raging feather and fur trade in fashion at the time, and the first pamphlet as the newly formed Society for the Protection of Birds argued against the widespread slaughter of ‘ornamental birds’, and the use of their splendid plumage as fascinators in the hat trade.

Over 750,000 birds were routinely killed each year in the East, and shipped to Britain for this purpose. Through their devotion to informing women of high social standing about the environmental destruction and threat to many species, the society gathered huge influential support, and eventually gained its Royalcharter in 1904.

Across the seas in America, the Audubon Society quickly followed suit in 1905, and together these far-reaching organisations used a winning combination of science, education and grassroots activities to further the goal of the kind of understanding that Gilbert and his contemporaries held all those years before.

The term “birdwatching” was coined by … a British ornithologist who was vehemently against the pursuit of hunting birds for sport.

The term “birdwatching” was coined by Edmund Selous, a British ornithologist who was vehemently against the pursuit of hunting birds for sport, undoubtedly appalled by his older brother’s status as a big-game hunter. Written in 1901 his book ‘Bird Watching’ details his thoughts on observing the birds rather than killing them:

“Let anyone who has an eye and a brain … lay down the gun and take up the glasses for a week, a day, even for an hour, if he is lucky, and he will never wish to change back again. He will soon come to regard the killing of birds as not only brutal, but dreadfully silly”.

‍Hunting birds was still regarded as a means to end, however, with the justification being that how do we catch them to observe them? Shoot, them, of course! Museums the world over have wall-occupying glass-fronted showcases of these vast collections of specimens, forever frozen in time on plastic trees and cardboard rocks.

Thankfully, with the development of sharper optical devices and the publication of numerous beautifully illustrated field guides, the practice of quiet attentive observation began to overtake the shooting brigade, and in Britain, a network of birdwatchers formed the British Trust for Ornithology.

Along with the American Ornithologist’s Union and the RSPB, focus began to shift away from building collections and towards ecology and the study of behaviour. These organisations would enlist their members into regular surveying teams, which would also attract people who had no scientific interest, but went along for the occasion. By the mid-1940s birdwatching as a hobby began to emerge.

Encouraging everyone on their mailing lists to take part, regular global surveys would take place, thousands of people across the world sharing their information.

Over time, transnational organisations used the interest and input of the public to help them with their conservation efforts. Originally set up in 1937 to monitor wetland bird populations, the British section of the International Wildfowl Inquiry began to work with the new Asian Wetland Bureau and Wetlands for America, finally forming Wetlands International in 1995.

Encouraging everyone on their mailing lists to take part, regular global surveys would take place, thousands of people across the world sharing their information after an afternoon’s stint outdoors. In Britain the RSPB’s annual Big Garden Birdwatch regularly generates interest from young and old across the nation.

For one hour at a time of their own choosing on a specific weekend in January, nearly half a million people take note of the birds that they see, wherever they are. For over 40 years, this vital data has been collected by the likes of you and me, helping researchers understand climate, habitat erosion, as well as any declines in bird populations, finding out what could be causing the decline, but most importantly, what measures can be taken to save them.

Surveys like this now take place in most countries of the world, with USA holding theirs on May 4th, and a joint European one on the first weekend in October.

‍The relatively inexpensive accessories needed for birdwatching (time, patience, but also if desired, some field glasses, a notebook and an illustrated guide), made this a very appealing activity.

As industrialisation boomed, the call to visit the countryside rang out, and what better purpose than to help the world learn just by watching birds? With the exponential growth of towns and cities (as well as some wish for ease of purpose, no doubt) came steps to make the birds come to us, and so people began to set up feeding stations, rudimentary platforms stocked with acorns and seeds.

Today, a trip to the garden store will show how the vast range of birdy enticements we can buy has progressed.

We hope you’ve enjoyed finding out the origins of birdwatching, and you are encouraged to pursue this easy activity for all manner of reasons, either for your mental health, or for expanding your photography or art skills, knowledge, or for simple delight.

But now, give yourselves a pat on the back, for every bird you see, know that you are honouring the dedication and devotion of those before us, who selflessly stepped in to ensure we too can get a glimpse of those beautiful, intriguing and vital beings, the birds.