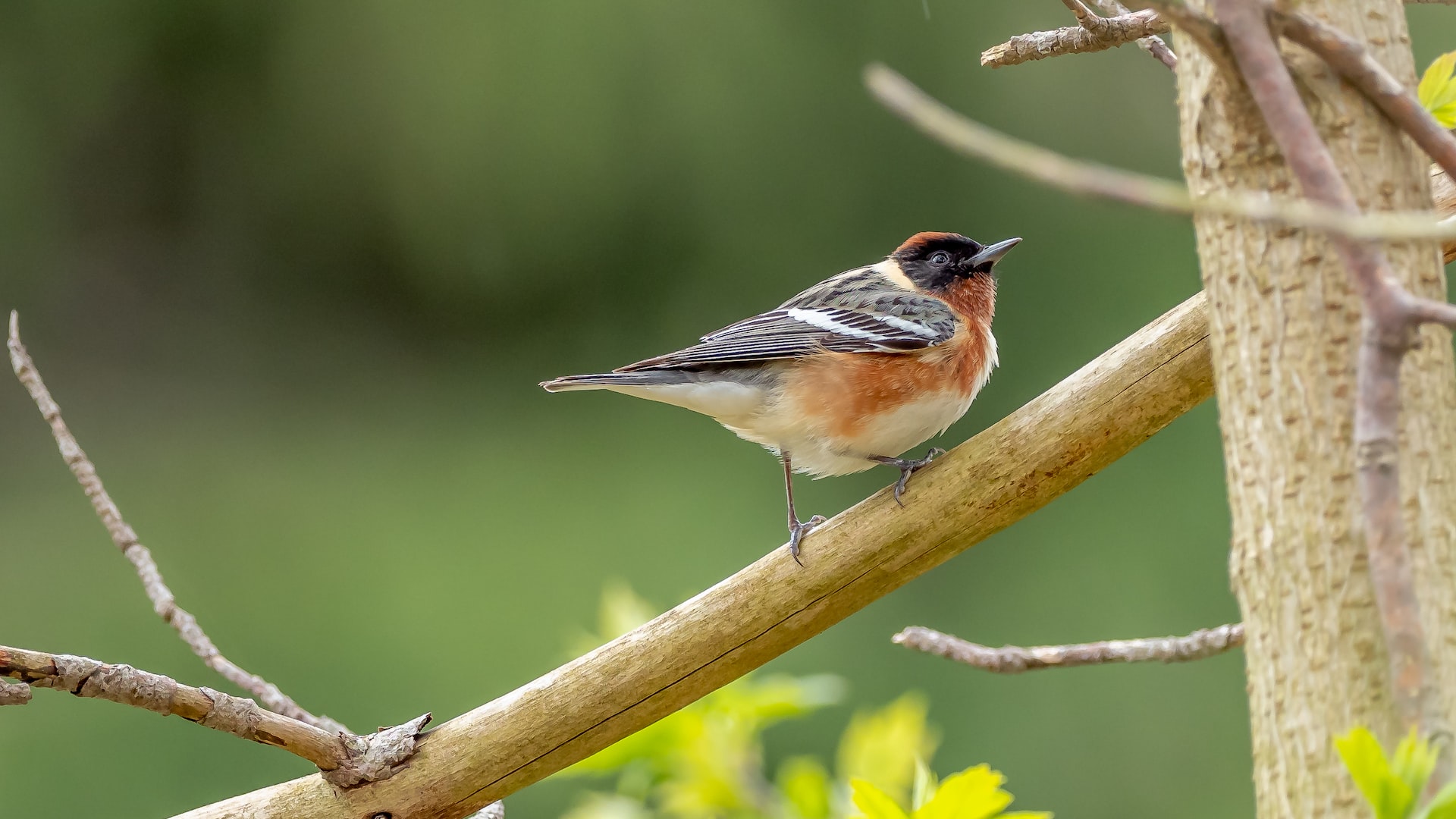 To warble: to sing in a trilling sometimes uneven manner with many pitch variations. Surely this applies to A LOT of birds? Why is there a distinct set of birds called warblers and how do they get to be called one?

Warblers are one of the largest groups of perching songbirds in the world who have evolved from different ancestral lineages, and are present throughout the world. There are around 325 species in the Old World (family Sylviidae) comprising true, bush, leaf, grass, and marsh warblers, and 113 in the New (family Parulidae) who are more commonly referred to as wood warblers.
‍

A little like Cream, or Crosby, Stills, Nash and Young.

The main reason why they are lumped together in this supergroup is because they are of similar general appearance and can hold a tune. A little like Cream, or Crosby, Stills, Nash and Young: not necessarily related to one another, but sharing certain characteristics, occupying similar niches in their own ecosystems. Unlike those supergroups, they’re also quite small, very active hunters who feed mainly on insects, but also eat spiders and other small invertebrates.

Due to the number of species in the group it can be hard to definitively identify a suspect as a warbler unless you really know your Passeriformes, but main things to look and listen out for, tenets that go with bird identification of any species, are habitat, behaviour, plumage colour and patterning, body shape, and that all important song.

Looking up at the clues

Taking these in reverse order, the voice is more often than not the giveaway. The vocal range of all warblers is very impressive, which is a good thing for us birders as warblers have a tendency to skulk high in treetops, and the underpart plumage of many can be drab or streaky, meaning they blend in very well, almost seeming to revel in the fact that there are sighing groups of people stood by tree trunks squinting painfully up into the crowns.

Warbler neck is an actual injury that a fair percentage of birdwatchers experience every year, and the Audubon Society have helpfully made an exercise video to help you build up your core neck muscles in preparation.

Many warblers have a repertoire that switches rapidly between harsh rasping calls and a series of liquid notes so quick and far apart in range that you may feel like you’re on an aural fairground ride; some shout loud multi-note warnings that make you jump and some have a rather weak lisping sound; but the common denominator is range and pitch.

One of the most hotly anticipated events is the warbler spring migration.

In order to really identify a bird by its sound you will need to listen to the songs of species you expect to see and get familiar with them, but once heard and consolidated through sometimes even one encounter, the song rarely leaves you because it is just so much like no other.

Most warblers have a similar body size and shape, ranging between 10cm / 4” up to 18 cm / 7” from tail to the tip of the bill, which is short and slender. As this is the most common aspect of them all, it’s best to focus on the other attributes such as plumage.

Some have amazing colouring, like out cover star, the Red warbler in Mexico with striking bright red feathers showing off the two white cheeks in perfect contrast, or the Hooded warbler with a vibrant yellow chest, the same taxi-cab yellow eye mask that sits broadly across a jet-black hood.

Always on the move

Warblers are exceptionally active birds, rarely staying still before hopping, walking or shuffling off to another branch or rock, and some creep both up and down like nuthatches. Many warblers exhibit broad, relatively long tails that often end in double scoops, which they will cock, bob or fan upon landing or when defending territory.

They occupy almost all niches; their habitats range from swamps, orchards, forests, rivers and streams, marshes, and parklands: wherever there are insects. The New World or wood warblers suggests by their nomenclature they will be in forests and woodland, and some prefer conifers, some prefer pines, and some prefer heath and scrubland, foraging for food among the branches.

Warblers that inhabit water dominated areas will usually be seen to fly low nearer the water’s edge for their meals. In the North American bird world one of the most hotly anticipated events is the warbler spring migration when millions of them fill the skies along the flyways.

Many species are migratory and several cities across the continent have signed up to a lights-out programme, receiving alerts from bird watching organisations as to their passage, and office, monument and street lights are dimmed to avoid sensory confusion for the migrants, which can result in exhaustion and death for thousands every year.

On the whole the majority of warbler species are in decline due to habitat loss most of all, and a study from two years ago published in the journal Science found that, just considering North America, the overall population of all birds had plunged by 3 billion since the early 1970s.

Warbler neck is an actual injury that a fair percentage of birdwatchers experience every year.

At one time the Kirtland’s warbler had the unwelcome title of rarest warbler in the world, but was finally and happily removed from the endangered species list at the end of 2019; but not before decades-long intensive, multi-organisational conservation work had taken place, which also faced the relatively recent incumbent challenges of a certain administration whose decisions were weakening habitat protection.

When the Endangered Species Act was implemented in 1967 the Kirtland’s warbler was one of the first species on the list, by which point it was only occupying a few isolated areas of Michigan's Lower Peninsula. Surveys carried out by listening for the male’s vibrant and loud songs in breeding season now place the numbers at somewhere around 2,300 pairs, not exactly an amount to party about but a far cry from the 1980s when there were around 200 breeding pairs, the lowest it fell.

Despite being one of the largest and most distinctive bird groups in the world, it can be tricky to be sure it’s a warbler. Their diversity makes identification challenging, but remembering just a few key things – they’re small, they never stay still and they sing a lot – can help you figure out next steps, and soon you may even be singing along to your own supergroup.