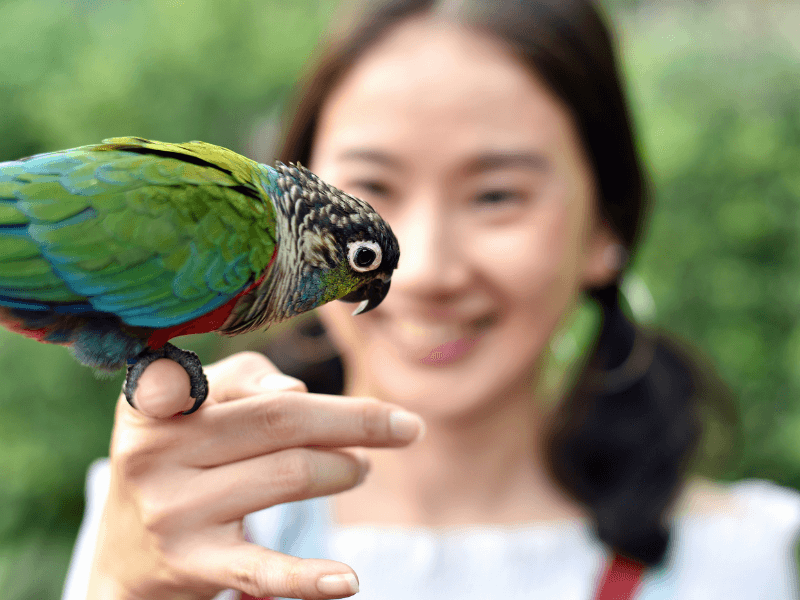 Becoming interested in birds from a young age is critical to the health of our shared planet, but we all understand the challenges teenagers face. Including a love for birds when finding your place in the world can help you develop friendships and opportunities for the future.

One of the main challenges in the world today is awareness about the constant need for conservation of habitats for wildlife and endangered species to thrive. There is ample information out there, but the issue always comes down to interest, and also convincing someone that their input is valuable. Helping children carry an interest in birds into adulthood can be tricky, but will do nothing but good, both for them and the birds, and the world at large.

Gamifying birding is an excellent way to spark interest.

In a another post we talked about creative ways to engage children in the world outside, a challenge these days when there is so much competition for the inner world of smartphones, social media, and gaming online. But this can also be a hook - gamifying birding is an excellent way to spark interest, and whilst this doesn’t have to mean online, (Wingspan or Bird Bingo, anyone?) what’s the harm of it being so anyway?‍

Birdwatching has been likened to a real-life Pokémon Go since the phenomenon’s debut in the ‘90s, and herein lies the perfect opportunity for learning how to identify, collect, and share birds.

The world the youth of today and tomorrow inhabit is only going to get more and more technology based, and helping them navigate that sprawling landscape by making it fun will develop confidence and resilience in the same fundamental ways that climbing trees and defending mud forts do.

The natural world will still be there, and establishing a connection between the two is not only possible but vital.

Let’s talk about teenagers. To many of these awkward and confused creatures, birding can seem spectacularly uncool and weird, which of course we all know it’s not. It’s quite possibly the coolest thing there is, if I’m brutally honest; yes, I’m biased, but my bias exists simply because birding is so cool. Just one of those circular things.

Young birders today have a huge advantage from the off as they are surrounded by technology.

But teenagers are keen to fall in with their peers and can hold other views, so helping them become the peer the others fall in with is kudos maximus. The developing mind of a teenager is primed for insight and creativity and those seemingly endless reserves of energy need to be channelled. Where better than birds?

Young birders today have a huge advantage from the off as they are surrounded by technology, which presents the opportunity to connect so much more than before. Combining a mastery of tech alongside a natural world phenomenon like birds can also open so many doors in the future.

There has been a distinct uptick towards turning young adults back to nature in recent times, and not a moment too soon. There are some fantastic young people leading the way and impressing the adults as they forge ahead, and they are using social media as their tools: Facebook, Instagram, Twitter, Snapchat; all are superb platforms for sharing photographs and stories of birding.

Notable risen or rising stars like UK’s Dr Mya Rose-Craig, who at 16 became the world’s youngest person to spot 5,000 species, and Indy Kiemel Greene, a highly impressive young man whose passion for bird photography and conservation has led to presenting segments on TV about his interests.‍

Across the pond, the USA’s American Birding Association holds an annual competition for Young Birder of the Year, won in 2021 by Katie Warner and Joaquin Galindo. Previous winners include Max Nootbaar who now works for the North Carolina Wildlife Resources Commission, and Adrianna Nelson who is now an outreach worker and county coordinator for Audubon, and the Tennessee Bluebird Society.‍

Having one of those brains that likes to keep lists makes birding pretty much made for you. Whilst there are plenty of birders who don’t “do” lists, it can be a great personal improvement task for many.

Life lists can be enjoyable as well as knowledge-building, and encourages order and analytical approaches to data keeping. Aside from the brain exercise, it can serve as a reminder of times of achievement and reward, and they are not transitory, but can be built on year after year.

There are many birding apps that are either free or inexpensive to download and some like eBird allow you to log your sightings alongside others from all over the world, and that information then goes on to assist conservationists and ecologists who rely on Citizen science in their research.

This burgeoning individual or community-based activity is a great way to engage kids and teenagers – understanding that their contribution will be used by scientists for the greater good can make them feel part of something much bigger than themselves, which garners perspective, something that is hard to come by when navigating adolescence.

This burgeoning individual or community-based activity is a great way to engage kids and teenagers.

Every single logged sighting carries value: during annual dedicated bird counts there are never enough birders to cover the whole of the intended geographic areas, so taking part in these counts is a very family and peer-oriented thing to do, and can evoke such a sense of community. Like all of us, teenagers yearn to know that their thoughts and actions have validity, and what better way to show this than through the combined effort of a bird count.

Joining a bird club may seem like pushing it a bit but trust us, the wealth of resources and support in a club from like-minded people cannot be paralleled. The combination of getting outdoors, chatting to one another about a shared interest and again contributing towards something greater than yourself has such appeal.

Many bird clubs hold dawn or night-time events, which can appeal to the adventurous child still lurking within, before the sedentary pull of being an adult and craving sleep sets in.

Hiking or walking clubs can also be an in-road to developing an interest in birds, as more often than not people who enjoy being outdoors are usually predisposed to the creatures that actually live within nature. Being in a club also presents immediate opportunities to converse with others and learn from their different levels of experiences and knowledge.

Something that concerns young adults the most, and can go on to plague adults throughout their lives, is acceptance. But whether we like it or not, this is an active process requiring effort, and can be frustrating at times or immensely rewarding at others – just like birding.

Naturalist and birder Nate Koszcyki wrote the following advice for teenage birders when he was 17 back in 2017: “Don't let other people's opinions get to you! … Build your knowledge by asking questions of those more experienced. Then, pass that insight on to those who aren't fully fledged”.

Simple advice - love birds, then pass that love along, by whichever tools you have to hand.