Back to tales
Bird feeding
,
Birdwatching
,

Watching the Feeders – Science at Home 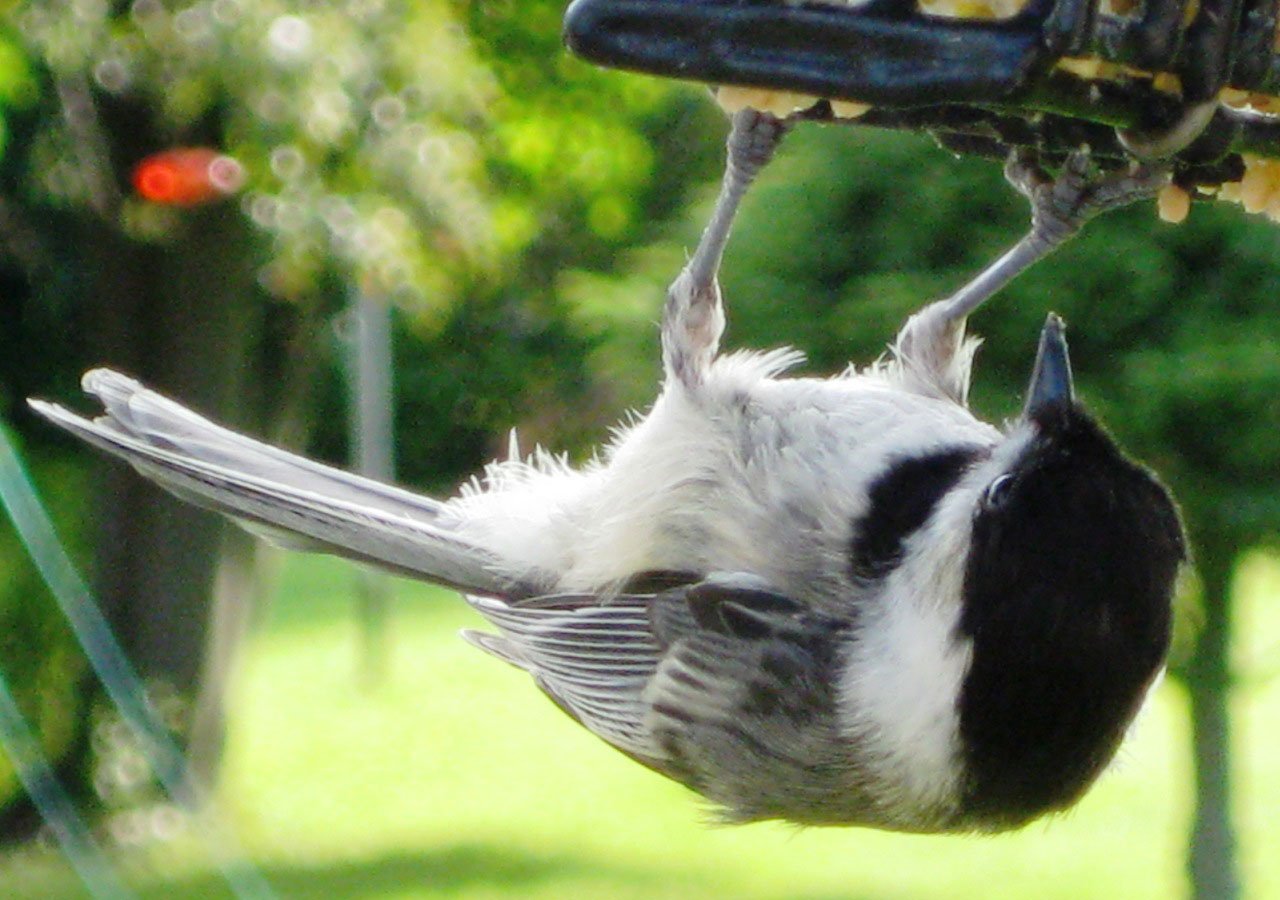 Citizen science is a movement gaining ground across the world, mainly because it is so easy for everyone to be involved and contribute in a meaningful way no matter who you are. Simply putting up bird feeders provides a fantastic opportunity to take part, but also to expand your mind.

There are now several “citizen science” events around the world, where people like you and me help experts carry out work to help them study birds for all sorts of reasons. The beauty of citizen science is that you don’t need to be a scientist, or even know anything about science, to take part.

The main thing that matters is that you do take part, and follow the simple instructions that the people who do know what they’re doing issue to you. Some of the instructions may not make sense, and for people inclined toward critical thinking these can sometimes seem counterintuitive, an example of which we’ll go into later in this post.

But whether or not you agree with them, the instructions are there for a reason; should the results show the instructions need to change, next time around you may find you can give yourself a pat on the back for being so smart.

One project over three decades old has spawned dozens of scholarly papers from the results gathered by citizens.

The beauty of citizen science is that you don’t need to be a scientist.

Led by the ornithology department at TheCornell Lab of Ornithology, Project FeederWatch takes place throughout each winter from November to April and enlists the general public to monitor bird populations across the US and Canada.The project aims to encourage as many people as possible to simply spend some time counting the different bird species that visit their feeders in their backyards, or at nature centres, out on walks, etc., over a timeline that you set yourself.

Then you submit that data to the online portal and sit back, job done. In fact, it shouldn’t feel like a job at all, the point is to have fun, and whilst you are still contributing to important work, the activity should not feel like a chore.

Several similar counts like this exist across the world: the UK’s RSPB Big Garden Birdwatch,Australian Backyard Bird Count, to name a few, and every scrap of information that you put into them gets used: as long as you have followed the instructions that the experts set out.

Doing anything different will lead to something called bias.

This is where things can go a little awry, as people tend to have opinions on how to do things “the right way”. One issue that always crops up that can skew results is which birds to actually count if you know for certain that you have seen more than one bird at different times. FeederWatch are explicit in their instructions that you submit only the highest number of species you have seen simultaneously during your time watching. Doing a

nything different will lead to something called bias; in statistics, bias must be removed otherwise the data is pretty much useless.

Let’s say you see three chickadees in the morning and then five in the afternoon. You would only submit the higher number of both sightings, five; you don’t count a total of eight birds seen. It is possible the three chickadees from the morning just came back later with two friends, so to include them in a total of eight would be counting them twice, so this method avoids doubling up.

However, another good reason for this protocol is because of sexual dimorphism: birds of the same species who look different depending on their sex. Chickadee males and females are almost impossible to tell apart, therefore it could be that the first three you saw were male and the later five were female, which would mean you had indeed seen eight individuals; but there is no way for you to be sure.

This is the bit that hurts many a brain. You know they were different birds, why on earth not include them both?The operative word in the instructions is simultaneously: you saw the cardinals at different times to each other, so you can’t count them both.

The counting method must be applied to all species in exactly the same way for the results to matter. Using the above example, if you count the species differently, the data for the cardinals is not comparable to the chickadees, so the results are biased towards the cardinals, and therefore no good.Of course, if you were to see the male and female cardinal together later on before the end of the count, then you would put down two red cardinals. Make sense? Great!

Counting birds isn’t just about generating a massive dataset to be scrutinised behind closed doors. True, taking part in projects like this does guarantee a huge boost for scientists trying to understand migration patterns, changes in nesting grounds, monitoring how urban development and industrialisation affects birds, and advocating for critical environmental reform. But it also gives you the opportunity to practice and develop your own scientific thinking.

Back in the early days of citizen science when supporters of this initiative were trying to convince the typically stuffy upper echelons of academia that the concept had merit, a paper was published in 2000 that wanted to highlight the impact of the process on participants: that is, how you felt about it while doing it.

The authors studied 700 letters that people had written to Cornell Lab about their experiences taking part in citizen science projects, how and why they felt they were contributing, problems they encountered and so on. The authors found that 80% of the participants had engaged in thinking processes similar to those that form scientific investigations.

The authors admitted that they couldn’t conclude that the participation itself caused this thinking, but they were able to confidently state that the majority who took part felt that the event provided a forum where they could engage in this style of thinking freely and readily.

Ornithology is one of the few branches of scientific knowledge that any one of us can meaningfully contribute towards.

The authors highlighted that many didn’t consider themselves academic despite displaying the very methods and critical analysis that all scientists use, many of them without realising it, such as noting which seeds were favoured over others, the time-of-day birds appeared, which birds were more aggressive.People who birdwatch and have an interest in birds do it for many reasons – fun, mindfulness, education, conservation, relaxation, exercise; but what many of us may not realise is that we are also developing a deeper understanding about the nature of scientific inquiry.

Not only that, we might be underselling ourselves about how much we already understand about the scientific world of birds without implicitly acknowledging it.

‍Ornithology is one of the few branches of scientific knowledge that any one of us can meaningfully contribute towards; and for the most part, we already do. If you put up feeders, or provide food and shelter for the birds by encouraging plants and other wildlife environments to prosper, you are clear about the purpose at hand and you will probably question if your actions are working.

You are taking your passion about birds seriously enough to want to do it right, and that is the basis of scientific thinking.