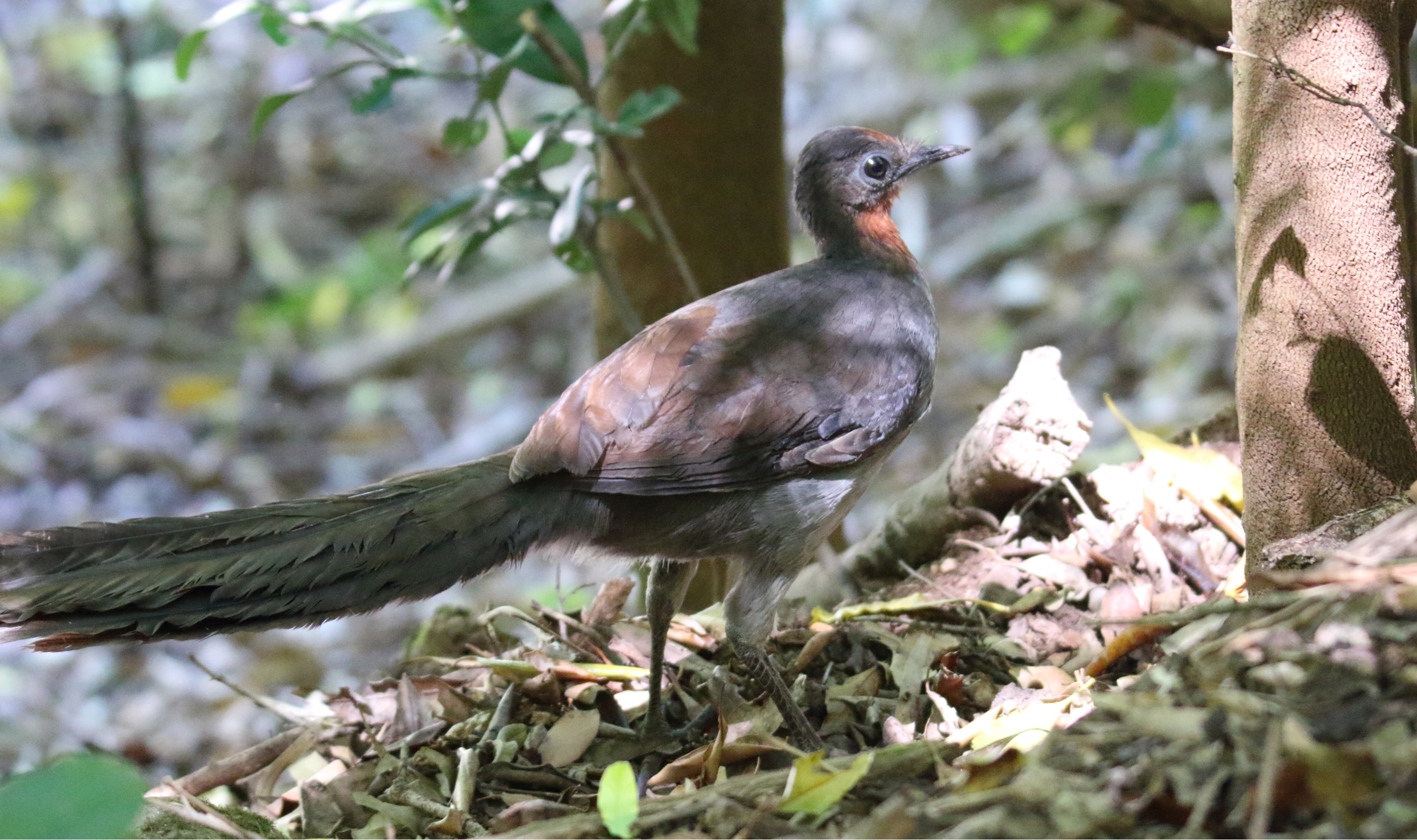 It’s hard enough to learn the songs and calls of individual bird species as it is, without some of them going around impersonating one another. Some birds are fantastic mimics and have a stunning repertoire, but why do they do it?

In 2007, David Attenborough and his team managed to film one of the world’s most applauded mimics, the Australian superb lyrebird. Having cleared an arena for itself, this large ground-dwelling bird, standing at nearly a metre high and parading some impressive tail feather plumes, worked its way through a repertoire that included impersonations of songbirds, a kookaburra, a camera shutter and camera motor, a car alarm, and most remarkably if a little sadly, a perfect imitation of a chainsaw starting up and loggers sawing down trees.

Lyrebirds (or as a friend recently quipped, liar birds) are well-known for this behaviour and can copy the calls and songs of around 20 different species so convincingly that often the non-impostor is fooled, as can be seen in the clip with the kookaburra.

Their ability to mimic the artificial noises from their immediate environment is astounding, and they don’t just copy inanimate objects – they can mimic dingoes, koalas, crying babies and even our own words.

This ability is all down to their extremely developed and complex-muscled syrinx, a bird’s vocal organ. Lyrebirds sing all year round but during breeding season they can keep this up for four hours straight.

Other famous examples are the Indian mynah birds, European starlings, and lots of parrots, notably the African grey. But mimicking is widespread among many birds, including corvids like the American crow and Steller’s, Eurasian and blue jay, as well as catbirds, blackbirds, song thrushes, blackcaps, magpies, shrikes, warblers, and several smaller songbirds like the great tits and bullfinches.

Learning vocalisations happens very early on in the nest, as many birds learn their species’ song from their parents, usually the male if present,and other male birds nearby if not. Mimics will then eventually expand their repertoire with other sounds from other birds or sometimes from their surroundings.

Depending on the bird, urban birds will have a far more diverse range of artificial or accidental noises in their range than, say, rainforest dwellers, as those will have incorporated some animal sounds instead.

One American bird is so prolific in its abilities that it flies this flag from its name: the mockingbird. Northern mockingbirds not only learn their songs in the nest but they add to them over the rest of their lives, whereas many other birds exhibit a limit on their development, and cease to riff on their sound one they are adults. Not the mockingbird.

Over their lifetime they can learn as many as 200 individual species’ songs, with a few slamming doors, creaking gates, dogs barking, doorbells, phones, carnival music, construction noises, cats, frogs, crickets and the occasional police siren thrown in.

US and European starlings are also exceptional mimics, with the former even going so far as to mimic the mockingbird, the highest form of flattery. Starlings have been known to impersonate wild birds like owls and curlews, as well as domestic birds like hens and chickens.

There is a record of them innocently imitating the down-sweeping whistle of plummeting V-1 flying bombs, or doodlebugs, just after the end of World War 2, putting a few hearts under some strain in the otherwise peace-filled air.

‍A rumour persists to this day that one starling even whistled out a few foul play blasts at a football match in Dublin until it was shooed from the tree nearby.

But why? Why copy another species when you can sing your own song?

The widely accepted theory as to why birds do this comes down to the laws of attraction, yet again. If a male bird has such an impressive back catalogue, they must be worth it.

As a large part of courtship behaviour, a widely varied and complex song that includes different and perhaps unique tones and sounds is showing potential mates they have intelligence, an ability to survive, can hold their own patch and know where the food is at – the more attractive they are as a mate, the more highly desirable traits they can pass on to the next generation.

‍ Older males will have more sounds, and the older the male, the more likely it has been at rearing broods, depending on the species, so there’s babysitting in there too.

‍As well as passing on the windpipes of a rock god, mimicking birds have several other things going for their talent.

Birds can protect their nests and brooding chicks by imitating the calls of the actual predator – this is presumably done whilst no predator is nearby to attract them further, and hopefully repels other birds who don’t want to be in the vicinity either.

Brood parasites like the African indigobird will lay its eggs in the nests of other species, and the chicks will learn the begging calls of the red-billed firefinches whose nest they have been inserted into, and those finches will then raise them as one of their own. This is thought to be behind the reason why many pet birds mimic human speech, for acceptance, as they consider us to be their flock.

‍Mimicking the sound of familiar or incoming migratoryspecies can also fool other birds into thinking that territory is already taken by more than enough birds. They can also impersonate the calls of more dominant individuals within the territory they want, thereby fooling the occupying species they’re about to get turfed out by one of their own and by the sound of it, it’s probably not a fight worth having.

‍Some males will also imitate the songs of neighbouring males of the same species, as they will then act less aggressively towards them than they would another neighbouring species.

Some birds use mimicry to monopolise natural food sources, and artificial feeders, such as the great tit who will mimic larger species known to bully smaller songbirds to frighten them away. Shrikes imitate the calls of songbirds to basically attract and eat them.

Birds have these myriad reasons and many more that we may never know. Some birds could even be doing it for a bit of a laugh, or perhaps just by accident.

Being raised as an “army brat” my parents moved around and as a result, I can mimic accents; occasionally I find myself slipping into one when in conversation with someone from a certain geographical area, unintentional and often mistaken as a dig at their origins. Maybe this happens in the bird world too.