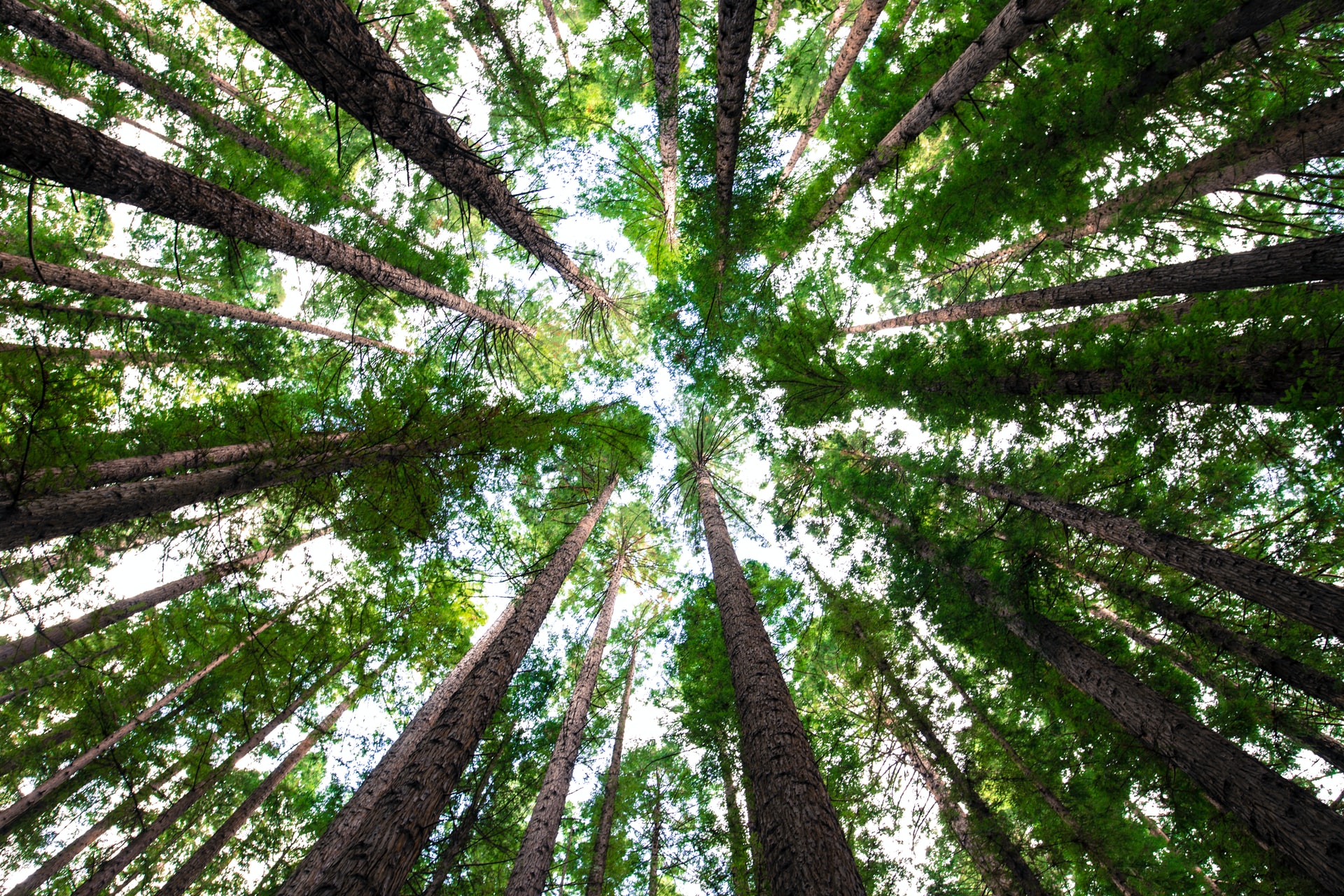 Whilst around 30% of the planet’s land mass remains covered in forest, just under half of the world’s trees have gone since humans first honed an axe; and we’re going to need them back. Rewilding is considered a key part to this, and that involves the help of our friends, the diligent birds.

Based on satellite imaging technology, in 2015 a British ecologist called Thomas Crowther whipped up a few people in Yale University, Connecticut, and they went out to physically count the number of trees in certain geographical areas in the US.

If we continue this way, in 300 years there will be no trees, at all

Superimposing those areas on corresponding images across the globe, Crowther and his team eventually concluded that there are around 3 trillion trees in the world. Whilst this sounds pretty promising, the study also found that the global number of trees has dropped by 46% since the onset of human civilisation. Forest ecosystems are a critical part of the world’s biodiversity, but they are under severe threat.

At this present time, we are cutting down around 15 billion trees a year but only replanting 5 billion. That net loss of 10 billion means that if we continue this way, in 300 years there will be no trees at all. That may sound a long way away, but it really isn’t, especially not in terms of ecosystems struggling in the meantime.

Since the results of Crowther’s authoritative study, many countries have now made commitments to plant millions of trees. But it’s not just the quantity – it’s which types. So much research is also still to be done as to how to carry out this momentous task; plant billions of saplings or encourage passive regeneration, or a mixture of both?

The wood for the trees

Crowther’s paper and subsequent research have morphed over the years into Restor, an open-source platform which aims to connect the world’s global reforestation movements, and, partnered with Google’s mapping technology, gain deeper understanding of the Earth’s soils, fungi, carbon cycle and forest inhabitants, and their roles in maintaining the crucial balance everything needs.

As we know, many of those inhabitants are birds – and they are fundamental to the future of the forests. As plants can’t move far of their own accord, they rely on wind, water, and those species that do migrate for their propagation.

Birds travel distances ranging from a few hundred metres to thousands of miles away, ergo birds are essentially plants’ best friends. Quantifying seed dispersal by birds is extremely hard to do on a global scale, but localised studies have estimated that birds account for just under half of new plant life, with one study in Brazil finding that more than 70% of plants who produce flowers depend on birds to spread their seeds.

In a small corner of England, a four-hectare piece of land known as Monks Wood was harvested of its barley crop for the last time in 1961, and then abandoned. This area lay adjacent to a former research centre on biological research whose curators decided to conduct a little experiment of their own and continue to just leave it be, and see what happened. After 15 years, this bare patch of stubble became dense shrubland, and within 50 years it had transformed to closed-canopy oak, ash and field maple.

Sixty years on, the result is a woodland with many layers of tree and shrub species and deadwood, providing the perfect complexity of a habitat supportive of a wide range of life from fungi, invertebrates, mammals, and birds: song thrushes, garden warblers and nuthatches, nesting throughout the ground layer, understorey and tree canopy.

The Jays have it

The key to this startlingly rapid regeneration lies in the area’s proximity to ancient woodland, whose residentjays unfailingly ferried acorns from their untouched home back and forth every winter. This natural process is integral to rewilding, a concept now recognised as the best progressive approach to conservation, and one that the United Nations now lists as critical to achieve massive scale restoration of natural ecosystems.

Usually regarded by landowners as pests, unwanted predators on other birds and persecuted regularly with shooting parties, jays are now being lauded as the potential answer to the UK’s commitment to its replanting targets. It has been estimated that the benefits from allowing jays to prosper and colonise woodland far outweigh the ecological impact of their predation.

The UK is one of the least forested places in Europe, comprising just 13% to the continent’s 38% average. Allowing jays and other seed dispersal agents such as rodents and other mammals to rewild subsequent sites could potentially reduce timescales significantly, all without the cost of management and unwelcome plastic tubing involved in planting schemes.

Come the end of the season, each bird will have buried around 10,000 seeds

This technique is not new to Europe, however; since the 1950s, German foresters, instead of replanting oak trees, have just been leaving out buckets of acorns, cracking a beer, and letting the jays do what they’re always going to do. It’s estimated jays can replant up to 1,600 oaks per acre.

Sowing the seeds of life

In the US, a similar bird is giving life to forests on a huge scale. Clark’s Nutcrackers are small to medium sized birds in the corvid family with distinctive ash-grey, black and white plumage, and a long stout, cone-shaped black bill.

Using this bill, they are adept at prising open the tightly closed scales of pine cones to feast in the seeds within, their favourite food packed with fats, proteins, and carbs. They are so nutritious that they have soon had their fill, but the bird doesn’t stop there. Instead, they store up to 100 seeds in an expandable pouch below their tongues. They then head out and bury caches of these seeds, 4 - 5 each time, at a rate of 500 seeds per hour during peak fruiting season.

Come the end of the season, each bird will have buried around 10,000 seeds, and what’s more, all at the exact perfect depth for germination. Any seeds not collected later for food will then sprout into new trees. Clark’s nutcrackers also have a wide range, and can bury seeds from one tree up to 20 miles away, thus expanding their territory.

‍Tropical and subtropical trees comprise 45% of the world’s total and have far greater diversity and many think hold more secrets to life on earth, but are being removed at a far greater pace. As there is just such a wide range of plant and animal life there, these regions are home to many generalist birds, and recent studies have revealed that these birds promote tropical forest regeneration greatly, increasing plant diversity via their seed dispersal methods.

‍Two species, the Northern Mockingbird and the Gray Kingbird, were found to increase the odds for rare plant species to survive; birds like these that mix fruit and insects in their diets will actively forage across a wide range of open and forested habitats, spreading many different seeds as they go.

The creation of new trees from the seed dispersal activities of birds is often referred to as happenstance, that they only exist because the jays and other birds just forget where they left them all.

This is perfectly plausible, but I like to think that it is deliberate: that these winged foresters know that some will have to be left in the ground, as without trees, there is no food, no home, and thus, no life.