Birds in the Classroom 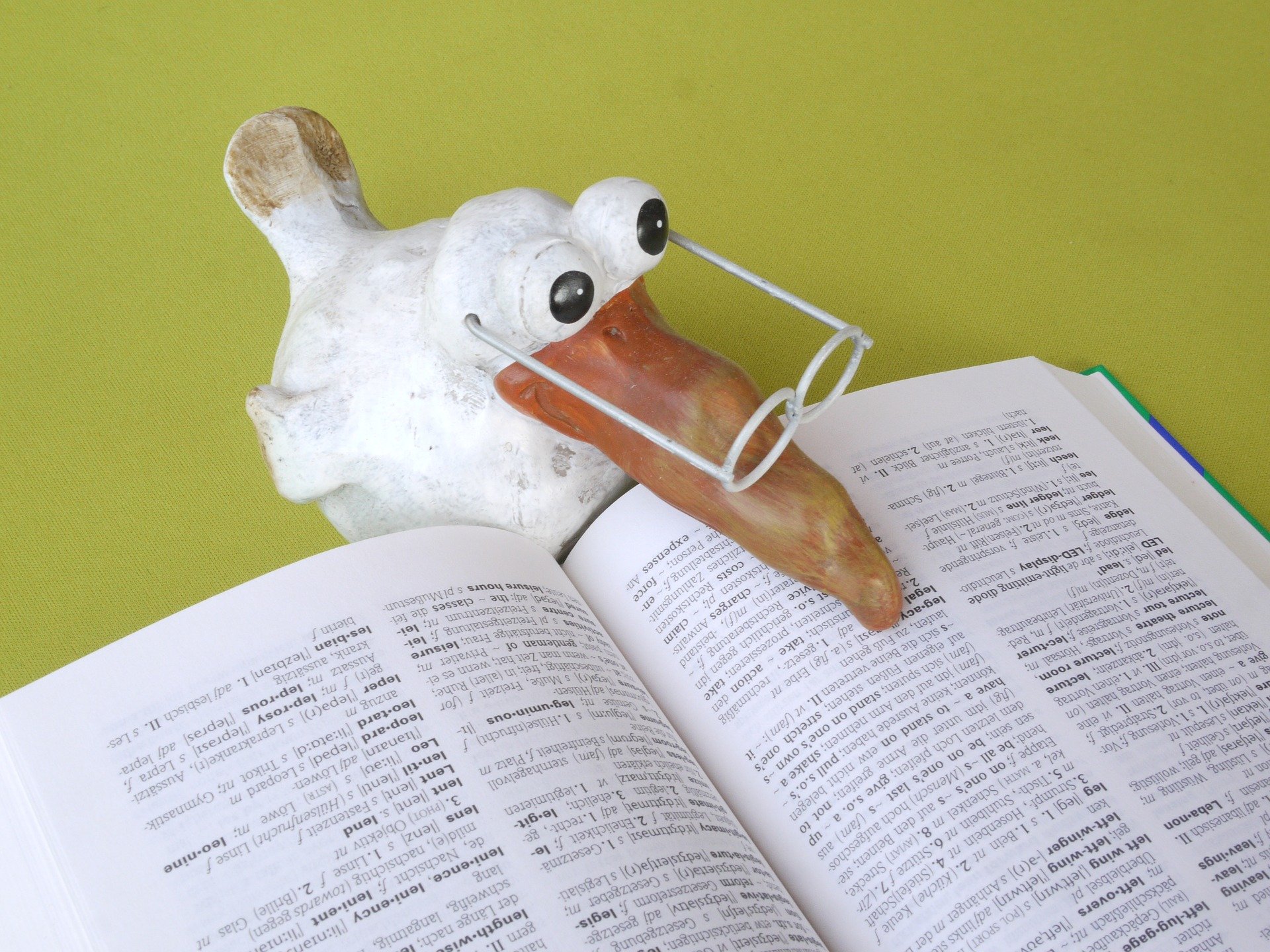 Being outdoors is good for you, and it’s fairly true to say it’s even better for kids, helping build confidence, curiosity, and all that activity keeps them fit and healthy. Some say if learning about birds and nature was a school class, the world could also be a fitter, healthier place.

For children and young adults, the benefit of spending time in, and learning about, nature cannot be overestimated. Many people start off fascinated with the world outdoors through our natural and instinctive thirst for exploration, picking things up to see what they feel like and occasionally putting them in our mouths to see what they taste like… often, not good, but at least now we know.

That is the perfect time, psychologists have found, to introduce kids to the wonders of nature and all that is non-human that inhabits it. Known as the formative years, children learn more quickly than at any other time in their lives between the ages of just born and 8 years old. Attention spans shift after that, and the ability to remember things only diminishes as we get older.

Whilst the best time of life to learn may well be before we hit puberty, there’s also a lot to be said about the desire to learn when we are in school and wrestling with the minefield of peers and social interactions, and realising we’ve got some figuring out of the future to do.

Children learn more quickly than at any other time in their lives between the ages of just born and 8 years old.

Those motivators can be tapped for good causes; not only for the opportunity to learn and care about the natural world, but to learn and understand how letting your mind dwell on just one or two things can do wonders for the soul.

Many of us have found the peace of birdwatching much later in our lives after we have experienced the manic, frantic bustle of work and making a life for ourselves; imagine if we had had that sense of peace to fall back on since we were little.

Some teachers and organisations across the world have become advocates for incorporating lessons in nature and birdlife into a cohesive format for pre-schools and in the curriculum of schools, with varying success.

Babes in the woods

Getting kids from an early age and all walks of life hooked on the trees, the bees, and the birds has become very popular since the early 1990s. Known as “forest kindergartens” for pre-school or nursery kids and then “forest schools” for older children, the name does not always refer to an actual place, (although in some cases it will), but rather the philosophy of learning about a natural environment and your place in and how you can grow as it will, building self-belief and resilience, which is then applied throughout life.

Birding is not only fun, it's educational! Find out how to get your kids into it too. ➜ Here are some tips & tricks to bring the love of birds to their lives!

This culture comes from Scandinavia and is known there as ‘friluftsliv’ – literally “free” or “open air life”, and is practiced throughout the countries there into adulthood, becoming a way of life, helping the body and mind reset. There’s a handy saying in Sweden that ‘there’s no such thing as bad weather, only bad clothes’, something many birders would do well to remember.

It attracted students from all walks of life, many of whom are still birders.

Forest school programmes are either delivered to schools by independent organisations or become part of a school’s curriculum, or of course can be attended in free time. They commonly incorporate bushcraft techniques such as how to build a shelter, and common topics involve identifying the animals and birds you can come across in nature.

At a very early age birds are fascinating, and the opportunity to see them regularly encourages respect for other species, to value their role and consider how they can enrich our lives, as well as consider how they source food, shelter and water.

The lack of “commercial” distractions like toys and smart devices and getting kids to look more intently at the ground or up into the trees encourages language development and the idea of sharing information, and how to navigate in a world too often deemed as wild and untameable.

Of course, limitations and dangers are explained, but instead of allowing feelings like inadequacy, being out of depth, and panic manifest, understanding and - where possible - problem-solving can be encouraged: skills which are vital to moving into adulthood.

Back in 2013, a US teacher called Jeff Manker persuaded the high school board where he taught to allow him to run a class in ornithology.

A very keen birder already, he saw the value that his knowledge could bring, so he put together all the class lessons and materials himself with a syllabus that included things like the mechanics of flight, digestion, nest building, egg production; and once a week with notebooks in hand, the class would be outside looking for birds in the field, learning their names and habits, and the importance of their place in the world.

The class was an elective and was open to anyone who had passed biology, and it attracted students from all walks of life, many of whom are still birders. The class remained on the school curriculum for over 5 years, at one time thought to be only one of two classes in the whole of the US.

Before he retired, sadly ending the class when he left, he wrote an article about the experience for Birding magazine in 2018, hoping to encourage other educators to follow suit, and for a while people from all over the US and some from further afield contacted him eager to find out more and how to introduce it where they were; but the issue always came down to resources, with one of the main pitfalls being that no one has yet published a high school level textbook for the subject.

The problem is circular: teachers don’t want to deliver a class without a textbook, and a textbook at high school curriculum level doesn’t exist because high schools won’t create the class; if the class doesn’t exist, the textbook won’t sell, so it hasn’t been written.

Through research for this article, I managed to find one other current program here, in New England. If anyone knows any birder textbook writers out there, there’s a niche.

For the time being, it is hoped that young people with an interest in birds who may want to pursue that as some sort of career will seek out opportunities in higher education to help that dream come true. For high school leavers in the US, the Cornell Lab has a good FAQ section to help guide them to the next stages, here.

One of the issues many bird and conservation organisations face is not only enticing but retaining young people, with interest usually dropping off from the ages of around 12 – 18, with a fraction of those then returning to the interest much later in life.

That’s understandable; we all pretty much experience some form of confusion, angst and surge of emotions as we progress from children to adults and that can be very insulating; sometimes nothing matters more than sorting out what’s in our heads and hearts.

If things like an interest in birds haven’t become embedded from an early age, then time for extracurricular activities that aren’t focussed on certain aspects of growing up doesn’t really exist. By the time we’re settled enough to consider the world outside ourselves again, other dangled carrots may well have caught our eye.

School takes up a significant part of our lives as we grow.

But the range of further interests that can be picked up through birds from a young age is vast: aside from learning about so many other animals and plants that share the bird’s environment, there are all sorts of avenues an eventual career could go down – entomology, ecology, water ecosystem management, agriculture, forest management, invasive species study, meteorology, even architecture with a view to keeping birds and the natural world in the picture (known as biophilic architecture, a fascinating endeavour gaining pace and scope in the minds of the current and next generation of architects and town planners).

Of course, school just doesn’t have to be about what job to do when you’re all grown up. But school takes up a significant part of our lives as we grow, and surely in among the mathematics and the history there is time in there for learning about birds.

Often a big reason behind many a birder’s urge to share their passion to the young is to help conserve the environment that birds live in and enable to flourish. Encouraging a conservation-oriented population should be at the forefront of many a nation’s objectives, and it could all start at a very early age if only more of the right classes to show children about the wonders of birds and the world existed everywhere.