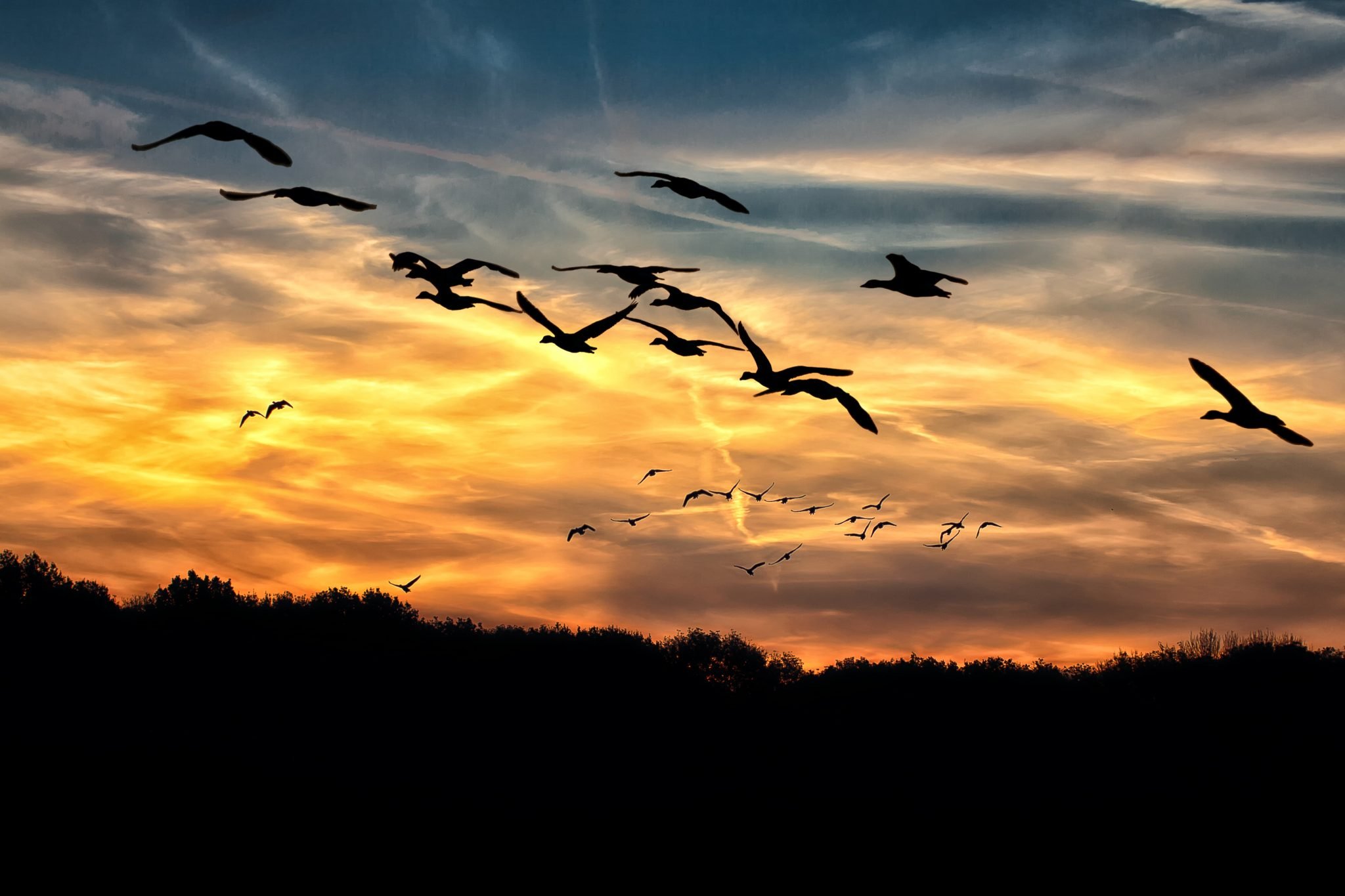 Once thought to have spawned from shelled organisms underwater, or transformed from one bird to another, or even appeared by magic, migratory birds are now known to do just that – simply fly back and forth all over the world depending on the day length and food availability. But recently, things have been different…

Migration in the birding world is a major spectacle, an event that can get even the most sedentary of birdwatchers up and about to go and hang out near a lake for a few hours to see who arrives.

‍The fall migration in the Northern Hemisphere sees on average 4 billion individual birds move south from Canada into the U.S., whilst at the same time, another 4.7 billion birds leave the U.S. over the southern border, heading to the tropics; likewise, around 5 billion more head from the African continent into Europe and beyond, and in the southern hemisphere, across the territories and islands in Oceania similar numbers fill the skies.

Only 40% of all bird species migrate, but when they do, they do it large. Or at least, that’s what they normally do. Ongoing studies in the past few years have been paying close attention to numbers, locations, and dates, and some alarming results are finally coming through.

Back in late 2019, one study confirmed what thousands of observant citizens already suspected to be true – the birds were arriving or leaving their summer and winter grounds at different times than when they used to, with others claiming that some birds may not be going anywhere at all.

One study confirmed what thousands of observant citizens already suspected to be true.

The reasons for this speculation were myriad – erroneously, some people claimed the lack of otherwise predictable movement was down to the surge in interest in bird feeding, but folks, it’s just not true that you can persuade a bird not to migrate because you have some peanuts in your yard.

Using data that stretched back decades, the team found that birds make their migration decisions based on many factors.

Whilst the simplistic view has always been that day length and foodavailability are the main triggers for upheaval, they found there to be many more nuanced factors involved, and worryingly, all seemingly – and perhaps irrevocably – linked to climate change.

Conceding themselves that studies of this nature are thin on the ground and much, much more research is required, they still emphasised that one can’t fault the hard numbers, the physical changes observed in real life.

Using bird count surveys, bird biomass radar and weather radar information from 1964 to 2019 in The Gambia and the same from 1991 to 2018 across southern Spain and Gibraltar, they were able to piece together a picture over time that showed birds leaving later from their breeding grounds by up to 60 days before returning to Africa, but heading back after the cold season at around the same time, meaning less time overall on the African continent.

A similar study in the US conducted between 1995 and 2018 found that on average a 2-day delay to departure was being added over each decade, which may not sound like much, but any change that shows a regular theme should be scrutinised further.

What’s more, these changes weren’t just affecting a handful of species, but hundreds of them. The most common factor seen in both studies was the rise in temperatures as the years progressed.

From insect egg laying and hatching into larval stages, seed germination and shoot growth of vegetation, fish spawning, fruit forming, winds shifting, waterways drying, tree canopies developing; anything in the natural world whose cycle is influenced by temperature – so, everything – was having an effect on whether the bird should stay or go.

Some climate models predict that by 2050 there will be no sea ice around the Arctic in the summer. At the time of writing, that’s only 29 years away, so I guess we’ll find out soon enough.

What’s more, these changes weren’t just affecting a handful of species, but hundreds of them

As global warming has been shown to be fastest in the Arctic, this ice barrier disappearance would mean that usually restricted pathways of migration would change, and that those species of birds who usually journey south via the North Atlantic would shift course and cover the North Pacific route instead, whilst others could forego the journey entirely and stay around the Arctic regions.

A study on little auks, the most abundant arctic seabird, found that in terms of energy expended, it would be easier for them to head to the upper reaches of the North Pacific over the Arctic Circle if there was no sea ice.

In the 1980s, birdwatchers in southern France had anecdotally and physically recorded sightings of Richard’s pipits, a “traditionally” north-south long-distance migrant, who should have been basking out the summer in Asia after their winter period in Siberia.

These birds had fundamentally and permanently changed their migration pattern.

At first, there were just a handful of sightings, but over the years through the 1990s to recent times, these handfuls became dozens. A PhD student in Grenoble at the time of increased sightings, and now evolutionary biologist working at the University of Gothenburg in Sweden, Paul Dufour formed a team in 2019 to find out if these birds were indeed just quite lost or if something else was going on by capturing and GPS tagging several specimens in France and Spain and monitoring their movements over the next two years.

They also analysed citizen-science databases of 331 pipits sighted in Europe and North Africa, and set about categorising the birds by apparent age; they found significant evidence that many of those birds were adults.

Young birds not used to the DNA-embedded journey often get lost or storm-blown and unable to relocate, but older birds have done the journey enough to know where they are going.

There seemed little doubt, based on the geotagging of their own specimens and the observed elder arrivals, that these birds had fundamentally and permanently changed their migration pattern from a north-south migration to an east-west one, a pathway that is very unusual for any migratory bird species.

In short, these findings can only conclude that the upward shift in global temperatures will, and already is, having a noticeable adverse effect on one of the world’s greatest natural phenomena.

The changes to come

Whilst on the surface this may sound like good news for some of us who want to see more of our avian visitors for longer, one cannot ignore one of the major laws of physics – for every action, there is an equal and opposite reaction.

If there are fewer birds arriving in Africa or arriving later each year, then all those ecosystem services those birds would have provided – seed dispersal, insect consumption, pollination, as well as playing their part in the food chains of their own predators, all of those things won’t come to pass, and that will have unknown, at least for now, consequences.