Back to tales
Trivia
,

8 Funny and Weird Names for Birds 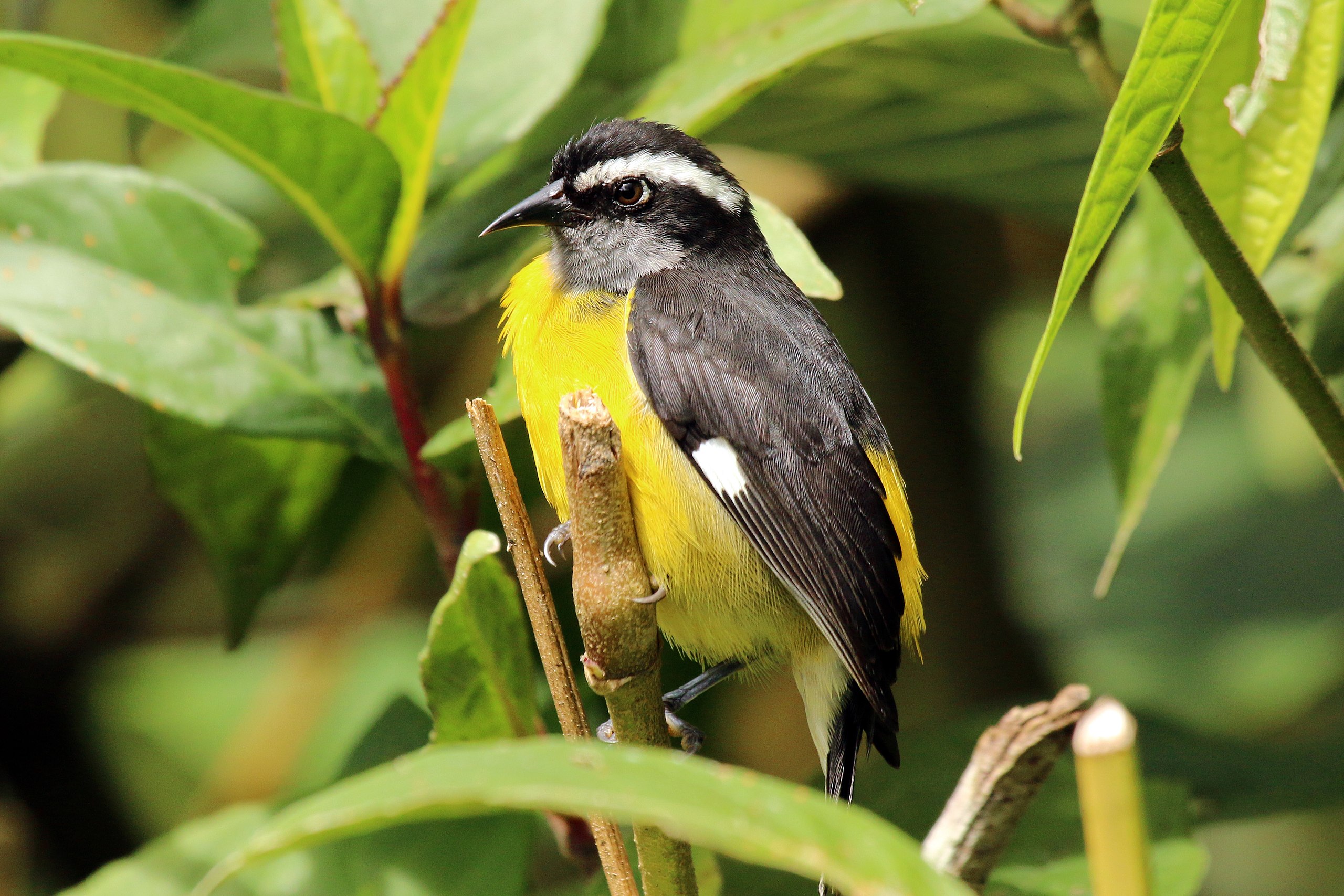 With over 10,000 species of bird in the world it stands to reason their names are going to run into ridiculous territory every now and again. Weird names for birds? Let's look at eight of the most discombobulating arrangement of letters gifted to a bird and try to find out just where that peculiar set of syllables has actually come from.

Bird weird names can be very entertaining: aside from the loons, choughs, grackles and snipes, you’d be forgiven for thinking someone was perhaps feeling a bit rude when naming some of the world’s birds: tits, peckers, cocks, shags and boobies feature an awful lot, for instance.

But some weird names are just so odd-sounding that it would take a person very bored with life not to stop and say, “sorry, WHAT? What did you say that bird is called?”

Are you addicted to curved yellow fruit?

Most birds in this list will in fact have earned their weird names from their song or call, as that will usually be the first sign of their existence. Others are determined by their plumage, and the rest are just plain silliness.

This small and chunky streaked brown bird found in southern Africa can look a bit more interesting than its name by way of a crested quiff when it sings, but like all Elvis impersonators, the magic can’t be replaced by a hairdo.

This birds with weird names will quite literally repeat the same four-note phrase in a croaky gurgle every 3-5 seconds for hours on end, day and night.

Listeners unable to escape the sound have been known to shove objects in their ears to stop from going mad from boredom.

Members of the turaco family, a group of birds renowned for their unique green plumage, these birds don’t get that luxury of notoriety as they are actually smoky grey with brown tipped tails. They can’t fly too well, but are excellent climbers, and can scale their preferred food source of the acacia, Mopane and Jackal berry trees of Africa in seconds.

The name is again based on their alarm call, a nasal, rather disdainful-sounding “g’wa-ay, g’wa-ay”. It is a loud call, and often emitted at the slightest hint of danger, which many other species of birds benefit from.

Are you addicted to curved yellow fruit? Do you feel like there’s no way out because of your vice? Talk to a bananaquit today: they understand.

OK, fine – these birds are not a public service in the American tropics and West Indies where they are found. The second part of their name ‘quit’ actually stems from the Latin word for quiet or still, often ascribed to small passerine birds in the past.

They also don’t eat bananas but nectar, and whilst their bills are curved, it’s possible this part of the name comes from their plumage, with the latter half of their scientific name flaveolus from the Latin flavus meaning golden or yellow.

They are also streaked with black and grey, which may or may not in a particular light look like a certain elongated fruit.

These days this bird is more widely referred to as the Fynbos buttonquail, as the word ‘Hottentot’ is an offensive term for the Khoisan indigenous people of Africa.

Coming from the Old Dutch hot-en-tot meaning to stutter, it refers to the click consonants of their language. The compound word Buttonquail references the small and round shape and size of the birds, and their similarity to quails, but it turns out they are not related at all.

These finches, sometimes referred to as widowbirds, have long and dark funeral-veil-like tails, and they are referred to as Paradise whydahs because of their similarity to the “true” Birds of Paradise in New Guinea and Australia.

Their range is vast across parts of the African continent, but they were first noted in the environs of the town of Ouidah, pronounced whydah, in the West African nation of Benin. The long straight tail of this particular bird is unusually widened at the base, and is therefore said to resemble an exclamation point.

If the sound of water doesn’t trigger an urge to spend a penny, perhaps this name will. The weird name cisticola comes from the Ancient Greek ‘kisthos’ meaning rock-rose and the Latin ‘colere’, to dwell.

The tinkling bit comes from the latter half to the scientific name, tinniens, which is Latin for ringing or jingling, which is precisely what this brown warbler does when it opens its dark bill: their song is a series of high-pitched notes and their calls are quick trills and ascending slurs.

Not to be outdone, other members of the cisticola family sound as if they inhabit an alternate Brothers Grimm world of diminutive miners: Churring, Chirping, Zitting, Singing, Whistling, Trilling, Bubbling, Wailing, Rattling, Croaking, Winding, and Siffling. Try saying that after a few.

Old World Babblers have absorbed rather a large number of passerines that no one else knew what to do with.

When naming birds began, many of the same words got used a lot, and weird names stuck to species that were thought to be similar but turned out to be quite different (European, American, and South Island robin, for example).

Old World Babblers have absorbed rather a large number of passerines that no one else knew what to do with. Tits described the chickadees of North America and the songbirds of Europe, and somewhere along the line someone spied this babbler and thought it looked like a tit, and amalgamated the two: Alfred Newton was the first one to officially use the term in his Dictionary of Birds (1890). The feathers on the back of this bird are, unsurprisingly, somewhat fluffy.

A good one to finish with, this bird literally wears its troubled naming history as a badge of nominal pride. Wary and alert tiny birds, scrubwrens are also quite inquisitive and can be called out of the dense ground vegetation that they scurry through.

They have also been known to loudly scold intruders from an open space, and then remain for some time. Because of their tendency to come out, tell you off and then just sit there, they have been fairly easy to catch and band.

Thus, many ornithologists over the years have grabbed a few and sought to declare the small creature to be this bird or that bird, sparking much opposition, not helped by the fact that it appears to occasionally cross-breed with other types of scrubwren. Sadly, it has not been possible to find out who is actually responsible for the perfect name to end all arguments.

There are many humorously named birds out there and we’d love to hear from you if you know any more.