Back to tales
Anatomy
,
Bird feeding
,

The Taste of Sugar 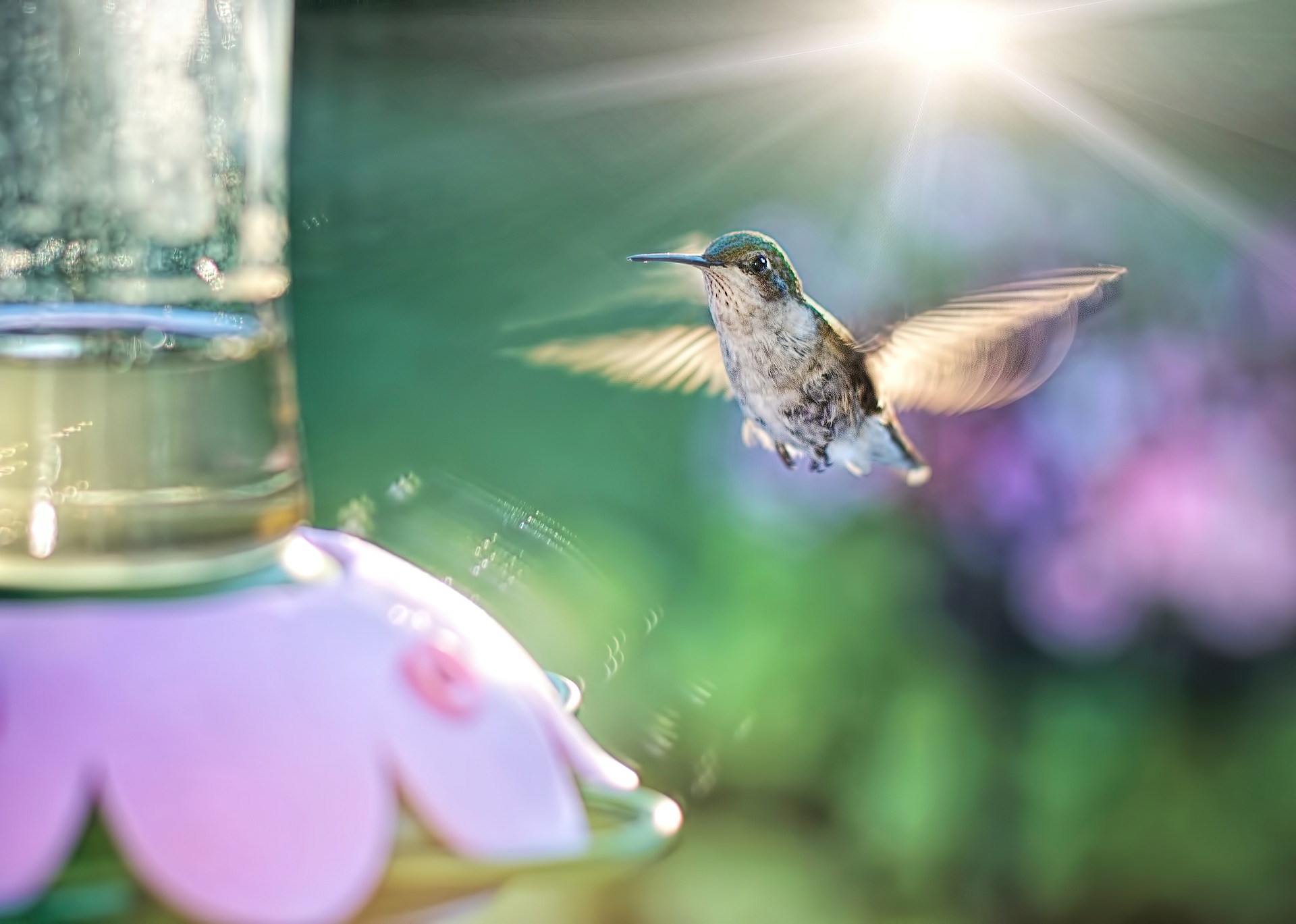 Hummingbirds absolutely love sugar, eating half their body weight a day of the stuff. Orioles will gobble up grape jelly and countless parrot owners will tell you how crazy their birds get when the smells of cookies and cakes come from the oven. But why do only some birds eat sugary things?

“Sugar and sand may be mixed together, but the ant rejects the sand”, wrote Ramakrishna, the 19th century Hindu mystic. Even ants know sugar is amazing and promises energy in quick supply. There are many animals, of course including us, who seek out the sweeter things in life for that rich source of fire in our blood.

A spoonful of sugar

Charles Darwin knew a thing or two about animals, and even when he wasn’t sure, he applied the same avenue of logic that would form the basis for his seminal work “On the Origin of Species” (to give it its shorter title).

Pondering the fate of animals in a new environment, he scribbled a few sentences in his notebook, suggesting that animals must be able to adapt their sense of taste to whatever is available, and in turn, those changed taste buds will then become part of the genetic code for the generations that will continue to inhabit that environment. It turns out he was right.

At a Jamaican café one morning and two other mornings thereafter, an ornithologist from The Smithsonian Natural History Museum, Gary Graves, observed a black throated blue warbler flit to and from a sugar bowlevery 15 minutes or so over the span of a couple of hours, each day, taking grains of raw sugar from the bowl. Any spilled salt or other crumbs available were ignored; it was all about the sugar.

Charles Darwin knew a thing or two about animals.

For it to be so repetitive indicated to Graves that this was something the warbler had done before, many times, and will continue to do as long as sugar was there. These warblers, along with 50 or so other species in their family, migrate from North America to the southern lands and join in the battle for survival along with the tropical resident birds.

But as well as eating the insects there, they seek out the sucrose-rich flowers, sources of food for them that are neglected by the majority of creatures already there, so this means the warblers now have a better chance of making it through the season.

This was something the warbler had done before, many times

Sugar is not found in nature in its dry processed form, so the fact that warblers can digest sugar is amazing in itself: many birds lack the enzyme sucrase to break it down, and if they do ingest it, they suffer gastrointestinal problems with diarrhoea and become emaciated very quickly, (which is why it is not a good idea to leave sugary foods out for your feeder birds unless you are certain you are visited by those species that can eat it, and even then, provide a balanced mix of nutrients with seeds and grains as well).

Mutants in our midst

Evolutionary theory here suggests that not all those birds who live near sugary food all the time have needed to adapt to it, as there are plentiful alternatives that provide the necessary protein, fats and carbs already.

The visiting warblers, however, hard pushed to get a look in at the dinner table, resorted at some point in the very distant past to sucking at the flowers for sustenance.

Studies have revealed that the taste receptors in birds, having evolved from dinosaurs as many believe, do not offer the opportunity for them to recognise sweet. Whilst dinosaurs also lost the craving, scientists have theorised that as nectar- and fruit-feeding birds now exist, something must have changed over the millennia to allow this confection to not only be necessary, but taste good enough to want to seek it out.

Why don’t hummingbirds get fat?

Many birds can’t taste sweet, and actively avoid it; give a chicken a handful of grain and sugar and the grain is gobbled up every time. That is because they lack a specific genetic pairing of taste receptor, known as T1Rs. To taste savoury, you need to have T1R1 and T1R3 – these genes detect the amino acids in seeds and grains.

The pairing of T1R2 – T1R3 genes detects sweetness, and humans and most other mammals possess this as well; however, in cats, hyenas, seals, dolphins, and vampire bats, the T1R2 doesn’t work.

It is thought that animals who eat meat or blood and nothing else no lon­ger needed the ability to taste sugar, and quickly lost it. The theory goes that this same thing happened to the dinosaurs that were likely the ancestors of birds – so why do hummingbirds and our warblers above seek it out?

A study by researchers Maude Baldwin and Yasuka Toda in 2014 found that when consuming nectar, the T1R1-T1R3 gene pairing meant for savoury, was firing like crazy in hummingbirds, but not for when they ate those foods rich in amino acids.

A recent study based on this research also looked at the taste buds of other birds by offering sugar water and plain water to honeyeaters (who, as you can probably tell, eat nectar) and canaries (who eat grains), along with other seed-eating species.

They found that regardless of whether the bird’s diet consisted of seeds, grains, or insects, the songbirds responded to sugar too. That means, somewhere along the line, the taste receptor genes in these birds have mutated to detect sweetness.

All of this leads to many questions, and the next step is to look at those other sweet-toothed birds, tanagers, sunbirds and lorikeets, and so on, to determine if the same mutation occurs in them.

But the main question we’re sure that is on everyone’s lips, is: why don’t hummingbirds get fat? That, dear reader, is another post entirely.