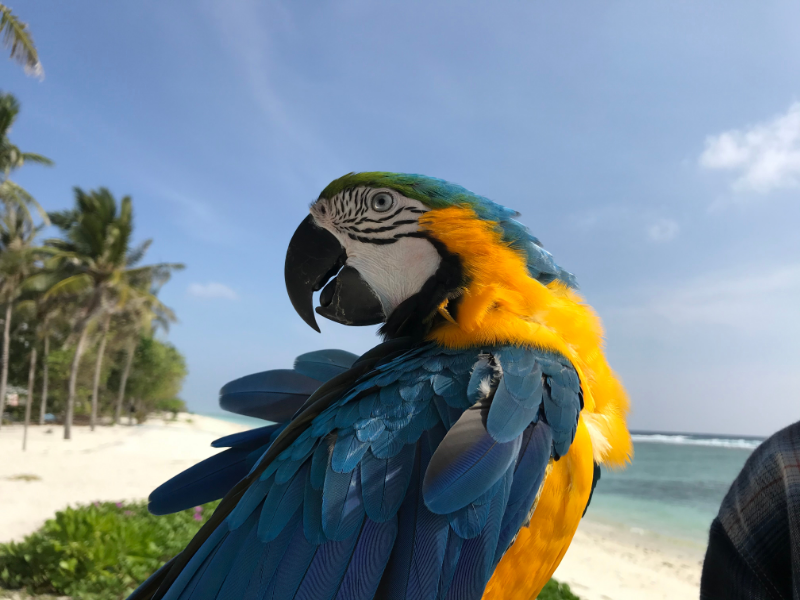 Communities across the globe have been learning the power of working together to save birds rather than kill them, as more and more organisations combatting the ravages of poaching turn to education and tourism to help change the world.

Illegal wildlife trade used to be second only to the drugs and gun trade in the world, generating anywhere between an estimated $7-23billion each year. However, recent research now places it 6th on the list of the top ten most lucrative illegal businesses, with drugs, logging, crude oil theft, human trafficking, and fishing respectively coming before it.

This change in “priorities” is complex, and whilst it likely has more to do with the rise of the four that now precede it, it would be nice to think the drop in ranking also has something to do with a change of attitude within the communities that have to deal with the violence and shame of bird poaching.

Anti-poaching militias used to be considered the only way to deal with the issue, fighting to capture, arrest and prosecute poachers, but often these groups suffer heavy losses, many fatal, with monitoring groups reporting hundreds of ranger deaths every year.

Anti-poaching militias used to be considered the only way to deal with the issue.

Whilst arguably there are parts of the world like Brazil where their presence is absolutely necessary, and it cannot be denied they have been instrumental in large numbers of arrests and prosecutions, gun fights also tear apart communities and townships caught in the crossfire.

Birds from the Amazon and surrounding territories are prime targets for traffickers, with some being sold live, while others are killed to supply feathers and other body-parts.

The extraordinary biological diversity of birds that live in South America combined with continent-wide weak enforcement make it an easy hotspot for illegal domestic trade and exporting to Europe and North America, with birds like the blue-throated macaw and blue hyacinth macaw being favourites, prized for their colouring and intelligence and, somewhat perversely, their rarity. The rarer the bird, the higher the asking price, the bigger the profit.

So, what is the answer? People point out that as money is always the motivation, that is where you should start. If you can make it more financially rewarding to keep the birds alive, then you have a potential result. But in some cases, a single bird can fetch thousands of dollars on the black market, making this approach appear somewhat untenable in terms of like for like.

But once that bird has been captured or killed and sold, it won’t fetch any money ever again. If it existed in perpetuity, and people paid to see it over and over again, then logic dictates it is worth far more for a longer period of time.

More often than not NGOs (non-governmental organisations) take up the reins or work in tandem with struggling governments, supplying personnel, occasional tactical hardware, ecologists, ornithologists and other resources through donations from membership schemes or private sector for-profit companies, philanthropic foundations and grants, and private donations from the likes of you and me

This money needs to be channelled in the right direction, which can be an exceedingly difficult task, especially as corruption can be rife the more complex the set-up.

One method of turning back the tide on poaching devastation has been to declare public land a designated protected area, which then places it under government budgets, potentially increasing funding opportunities.

Since 2000 and with a last recorded figure in 2019, 27% of the Amazon is now such a protected area. Add to this the allocation of protected indigenous territories, some 44% of the Amazon can now be classed as “safe”, on paper at least.

Privately owned protected areas also contribute to conserving bird species, although they do tend to be much smaller. However, this should not diminish the impact that can have – one fantastic example of a private protected area come good is the case of the IUCN classed critically endangered Blue-eyed ground-dove, which when rediscovered in 2015 after 75 years of being thought extinct made waves in the world of ornithological conservation.

Poverty and poaching are intertwined.

This move then persuaded the state government to create the 88,000-acre Botumirim State Park covering the same region, thus receiving more funding and protection rights, with the sole purpose of developing the region’s tourism potential.

Whilst a large proportion of the illegal bird poaching network is highly organised, infiltrating the top tiers of government in certain places in the world, poverty and poaching are intertwined. Local villagers poach because of their inability to find food and a lack of income; there are thousands of poachers who are simply poor people in a difficult situation, often through no fault of their own, trying to feed their family.

For example, many are displaced from their homelands by palm plantations and illegal logging who now either subsist in shanty towns on the edges of the forests or are confined to ever decreasing areas for their tribespeople to occupy, limiting farming land.

When communities realise that their environment can be a valuable source of employment and income they are then motivated to care for and protect that environment. Avitourism is huge; well-heeled tourists from all over the world are drawn to the famous Bird Continent precisely because it is home to some of the world’s rarest and / or most beautiful species of bird still alive.

Tourists can bring in a lot of money, and several villages across the Amazon basin especially in Colombia, Ecuador and Peru are now “ecovillages”, whose citizens are trained by NGO scientists and volunteers about the species they harbour, how to find them, report data back on them, and talk about them to visitors, as well as deal with the impacts of tourists, such as explaining why there should be no physical or aural contact with the birds, managing numbers in groups, etc.

Often these same people were part of the logging or poaching crews.

The NGOs also help villagers manage their land sustainably with the donation or sale of seeds, decent tools and farming hardware, and many have reported back that the villagers readily come together to help, as of course any visitors need somewhere to stay and something to eat, and will pay for it.

This means a once struggling village can now afford to send their kids to school, buy clothes and feed themselves, and at the same time consolidate the conscious effort of saving nature. Often these same people were part of the logging or poaching crews, many ashamed to kill the paradise they are part of, but have now found a purpose in simply showing the birds they know and love to similar-minded people.

Some of these local tour guides have also then gone on to become “activists”, educating other communities to the benefits of this way of life.

Organisations like Birdlife International, WWF, RSPB, and The National Audubon Society are among around 160 groups dedicated to eradicating poaching and educating the world about the importance of keeping birds alive in their natural habitat.

It is an eternal battle; there will always be people who make money from selling birds to people who will always want to buy them through whatever means necessary.

Whilst this sad fact looks like it’s here to stay, some believe the key to saving the birds is uniting communities who live with poaching against it, reducing the amount of people who will resort to it to end their poverty by increasing the amount of people who benefit from the birds and the tourists they can bring – with their money – to see them alive. A bold aim, potentially naïve, but a worthy one nonetheless.