Back to tales
History
,
Trivia
, 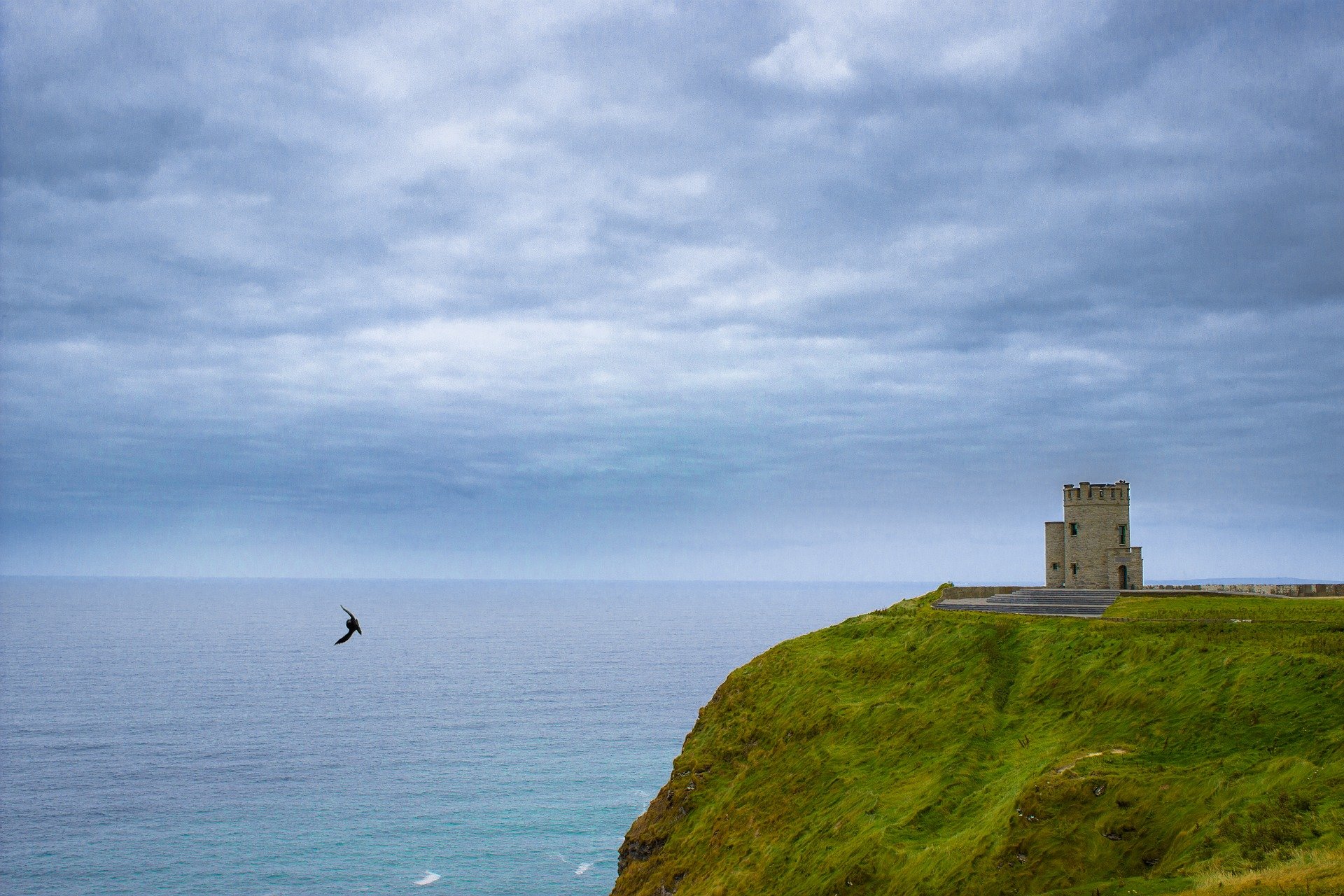 Surrounded by the churning waters of the Celtic Sea, the Atlantic Ocean, and the Irish Sea, Ireland was first settled by humans 10,000 years ago; the birds that were there before them inevitably became entwined with legend. On this day in March as the patron Saint of Ireland is celebrated, we thought it a grand idea to look at those birds associated with the nation’s folklore.

As Ireland has been an isolated island for millennia, bird species that are widespread in Britain and elsewhere in Europe are absent. Birds that are in abundance just a hundred and twenty miles west on mainland Britain like tawny owls, willow tits, marsh tits, nuthatches and most woodpecker species do not tweet upon these shores and have never been recorded there.

There are vast colonies of seabirds here, including storm-petrels, northern gannets, and roseate terns, and in the autumn, migrating seabirds like skuas, shearwaters, and petrels come by. Whilst there are noendemicspecies, there are endemic subspecies of white-throated dipper, coal tit, and Eurasian jay.

The mild climate attracts large numbers of waders and wildfowl, and around half the world’s population of the Greenland race of greater white-fronted geese spend the winter there. Ireland's westerly position means that North American birds are regularly recorded during migration.

The shy blackbird is the most widespread member of the thrush family.

As there are fewer habitat types as well, there is a relatively low diversity of breeding birds, and the mild weather means resident birds have an advantage over any visitors in terms of early breeding and choice of best habitats. However, there is one bird species that stands out of all on this green and craggy island: the shy blackbird is the most widespread member of the thrush family, which is probably why it features quite a lot in the mythology of the country.

St Gall is one of Ireland’s “original” traditional saints. Born in Ireland, he became a monk at Bangor, a major Irish monastery that served as the center of mission work for Europe. Gall often spent time outside in nature reflecting and praying, with only the birds for company.

‍Gall performed an exorcism on a woman named Fridiburga, who was possessed by demons. Two previous failed attempts by bishops to rid her of her tormentors didn’t put Gall off, though, and when he tried, the demons flew out of Fridiburga's mouth in the form of blackbirds. From that point on, Gall was known as Ireland’s patron saint of birds.

The black birds that tortured Fridiburga may indeed have been possessed and upon release sought solace in the company of those who cared about them. Upon his ordination as an abbot, Kevin, the son of a nobleman from Leinster in the southeast of Ireland, sought out isolation and silence away from his followers, and located a small cave in a glen with two lakes, or Glendalough.

As with many hermits, St. Kevin had a special love for birds and animals and he spent seven years living among them. Stories of his piety and respect for the earthly world reached far and wide adding to his reverence, and in modern culture, one of his most famous legends is immortalized in a poem by the Nobel Prize-winning Irish poet Seamus Heaney.

‍“St. Kevin and the Blackbird” relays the time when, arms outstretched in mesmeric stillness, a blackbird alights on Kevin’s open palm and sensing comfort and no threat, she lays her eggs, and Kevin, “finding himself linked into the network of eternal life”, remains in this same position with his hand open until the eggs hatch and the chicks fledge.

On the 17th March, millions of people across the world celebrate St. Patrick’s Day, with the majority of the more exuberant celebrations taking place in the US, where a huge amount of Irish people emigrated, at one point making up half of all immigrants.

It’s not just the pints that are black.

The 17th March marks the day this patron saint of the Emerald Isle died, and on this day, alongside the natives, descendants of those who sailed the Atlantic Ocean raise a glass (or two) of Guinness in his honor. The celebrations are as much about Ireland itself as they are about a holy man, and it’s not just the pints that are black.

After escaping a six-year stint as a slave, kidnapped by pirates and forced to tend to their animals, Patricius became a holy man and spent one Lent atop a pyramid-shaped formidable mountain in County Mayo, now named Croagh Patrick.

Once known as Crochan Aige, the mount of the eagle, this is where he was said to have been plagued for forty days and nights by demons disguised as blackbirds.

A blackbird alights on Kevin’s open palm and sensing comfort and no threat, she lays her eggs

The birds were so densely packed about his head that they turned the sky dark and he did not know if it was day or night for a long time. Undeterred by these netherworld harassers, Patricius prayed on, ringing his bell as a proclamation of his faith, finally throwing his bell at them with such force that it broke, thus scattering the demons.

Exhausted and afraid, he wept at the relief of their departure, and an angel appeared. Acknowledging his unbroken faith, it agreed to secure special dispensations for the people of Ireland so that they would retain their Christianfaith until Judgment Day.

To this day, thousands of pilgrims follow in his footsteps, striding to the top of the mountain where Mass is held, under the watchful but distant gaze of dark birds hiding behind ledges and stones.

Prior to Christianity, the Celtic world of mythology was awash with the longer-legged birds that Ireland sees – herons, egrets and cranes are regarded as guardians of the treasures of the Otherworld, and the Celts also believed that herons were incarnations of the goddess Rhiannon, a Celtic deity associated with lakes and rivers, also the inspiration behind Fleetwood Mac’s haunting 1976 eponymous hit, where she “takes to the sky like a bird in flight”.

‍Birds feature in the folklore and mythology of all nations, but for the people of Ireland, there is a special place for them; recognising the singular beauty their land holds, the Irish know their bird life is something to be cherished and protected, not only for its importance and place in the ecosystem of the world, but for the language, the culture, and who they are as a people.