Smaller and Faster – The Rainforest Birds 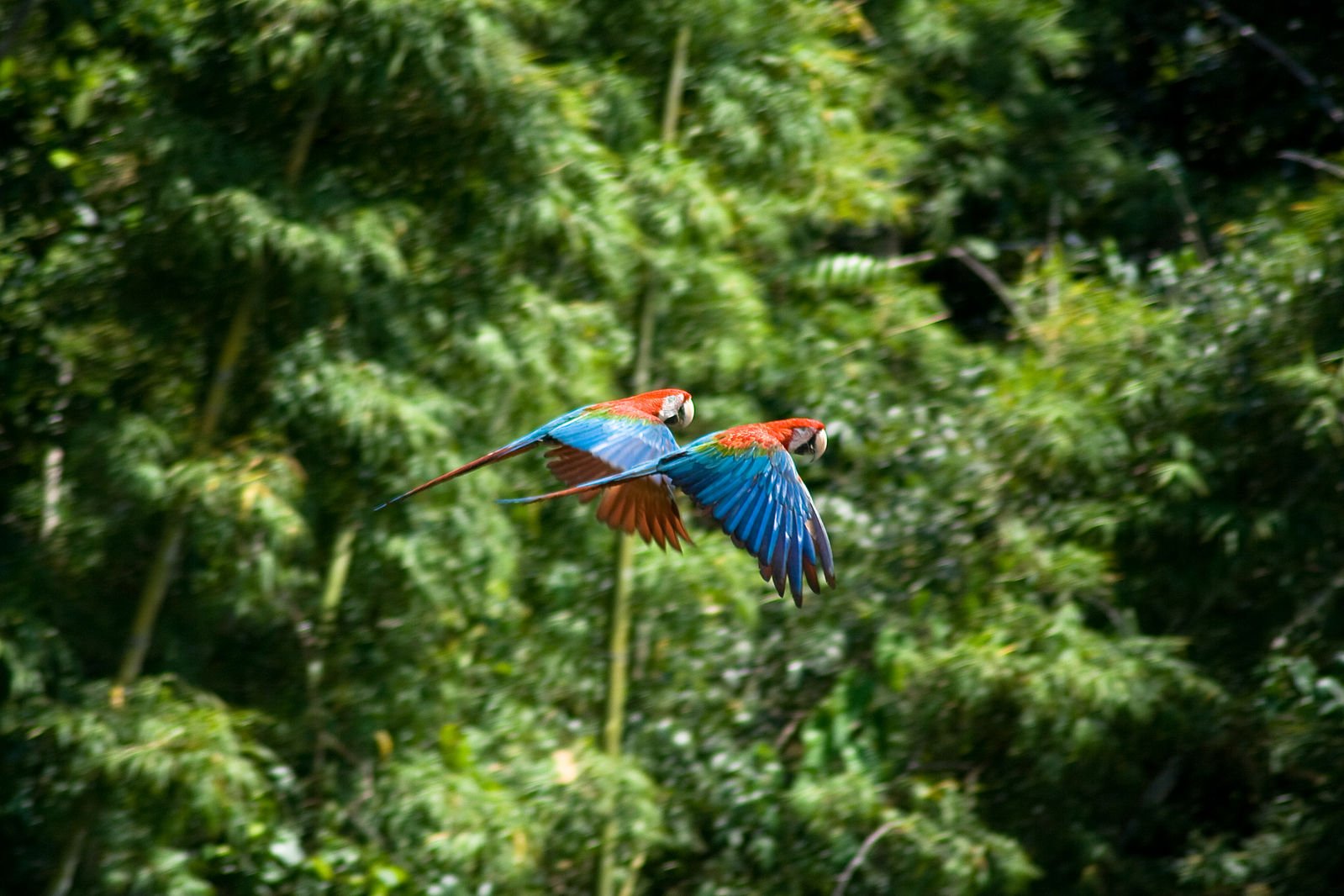 The effects of climate change can now be seen everywhere, from the ice caps to the equatorial jungles, but the evidence isn’t always more violent storms or forest fires. Sometimes, the clues lie in the little things, hidden far away…

For centuries, ornithological researchers have kept scrupulous records of just about everything you can imagine a bird will encapsulate – migration patterns, egg clutch frequency, nesting habits, and so on. For much of the time, these records show expected trends, either positively or negatively, but every once in a while, they will show something most unexpected that demands greater scientific scrutiny.

For 40 years, different records relating to the same set of birds had been kept by diligent field work deep in the Brazilian Amazon rainforests. Over these decades, the weight and wing length of 77 sensitive species of tropical birds, around 15,000 individuals, was recorded, scratched into notebooks and then eventually transferred in recent years to digital files.

They noticed that the birds’ bodies were getting physically smaller.

With the ease of accessing this information greatly improved, a handful of scientists headed by Vitek Jirinec at the Louisiana State University decided to analyse the data, and found something decidedly odd.

Aside from the woeful but unsurprising evidence that the species were declining in number, they noticed that the birds’ bodies were getting physically smaller and their wings were getting longer. Other research on migratory and less at threat species that habitually visit those regions found that the same thing was happening with them, too.

In the heart of the forest

When most of us think about problems in the Amazon, we envisage illegal logging, poaching, or intensive soy agriculture replacing the ancient environment and the many secrets it holds. All of those threats and more are obvious, and visible; but the scientists found that these size changes in birds were happening in large inner remote parts of the forests, seemingly unsullied by any direct human activity.

Birds are fundamental to the future of the forests. How do they help in seed dispersal? Find out in this article!

A correlation with the bird data appeared – the forests had been getting warmer over this same stretch of time. Scientists believe that it’s not just climate change that is contributing to this increase in temperature, but also deforestation.

The regions closest to the rainforests are a mix of savanna, grasslands, and deciduous forests, and many believe this is the way the tropical lushness will eventually go if temperatures keep rising.

Photosynthesis is the process by which all plants turn sunlight, carbon dioxide and water into oxygen and food in the form of sugars, to enable the plants (and everything else) to survive. As this process occurs, plantscool themselves by transpiring water through pores on their leaves, and this is what contributes to the “rain” part of the forest name, with the average adult tree generating around 1000 litres of water a day.

The leaves can undergo heat stress if the increase in temperature is too sudden or too great, and they close these pores off to conserve water. This then in turn prevents the air above the leaves from cooling with the presence of that water, meaning that the leaf surface temperature rises further still, which then causes damage and many die of leaf burn, decidedly unhealthy for the tree.

‍Deforestation also contributes to the lack of this cooling effect – removing other healthy trees negates the air conditioning properties of the forest; and the escalation continues. It was found that during the dry season of June to November there is now 15% less rain than there was 40 years ago, creating a drier, hotter environment.

Stretch out those wings

The bird’s response to this new warmer, drier environment that presents food and water challenges not seen in that part of the forest before, seems to have been to rapidly evolve in ways to try and balance these issues out. The speed at which the species had changed was somewhat alarming to the researchers.

The fact that the birds had become smaller didn’t surprise them (although the rate at which they had, did): the body size reduction seemed logical when considering its improved ability to cool off during increases in temperature. Smaller birds shed heat more efficiently than larger ones, as they have more surface area compared to their volume.

The studies found that 36 of the 77 species had lost an average of 2% body weight every decade, with the rest showing an overall weight decrease, and a third had developed longer wings.

Those in the lower, cooler dark forest floor like the musician wren had lost less than those in the midstory, where it was warmer, but those who inhabited the upper reaches of the midstory like the collared puffbird who were exposed to more heat had the most pronounced changes. But the wings becoming longer was a little more perplexing.

Focussing on the non-migratory species, (as too many factors could influence the changes in the others) the conclusion reached was that longer wings lead to more efficient flight: if birds have a higher mass to wing ratio, they have to flap their wings more to keep going, which uses more energy and creates more internal heat: something you don’t want if the air temperature is already very warm.

Our reach goes further than we thought.

Comparing the changes to aircraft, the researchers noted that a fighter jet with short wings and a heavy body uses more fuel than a glider, whose slender lightweight body is held aloft by long wings and uses no fuel.

As indeed embodied in the glider’s name, this method of flight uses far less energy, ergo less internal heat is generated. With food resources stressed by the warmer climate too, developing a more efficient method of locating it made sense.

All the scientists in these studies say that these findings are just scratching the surface – far more research needs to be done to understand why and how these changes are taking affect, and what repercussions that could have on an ecosystem under immense pressure from all sides.

The overriding concern of many, though, is that these discoveries were found in what everyone had thought was a pristine and untouched habitat, far from human influence. But it now looks like our reach goes further than we thought, enacting relatively rapid changes that had been going on for decades before anyone noticed.