Back to tales
Etymology
,
History
,

Best of Both Worlds 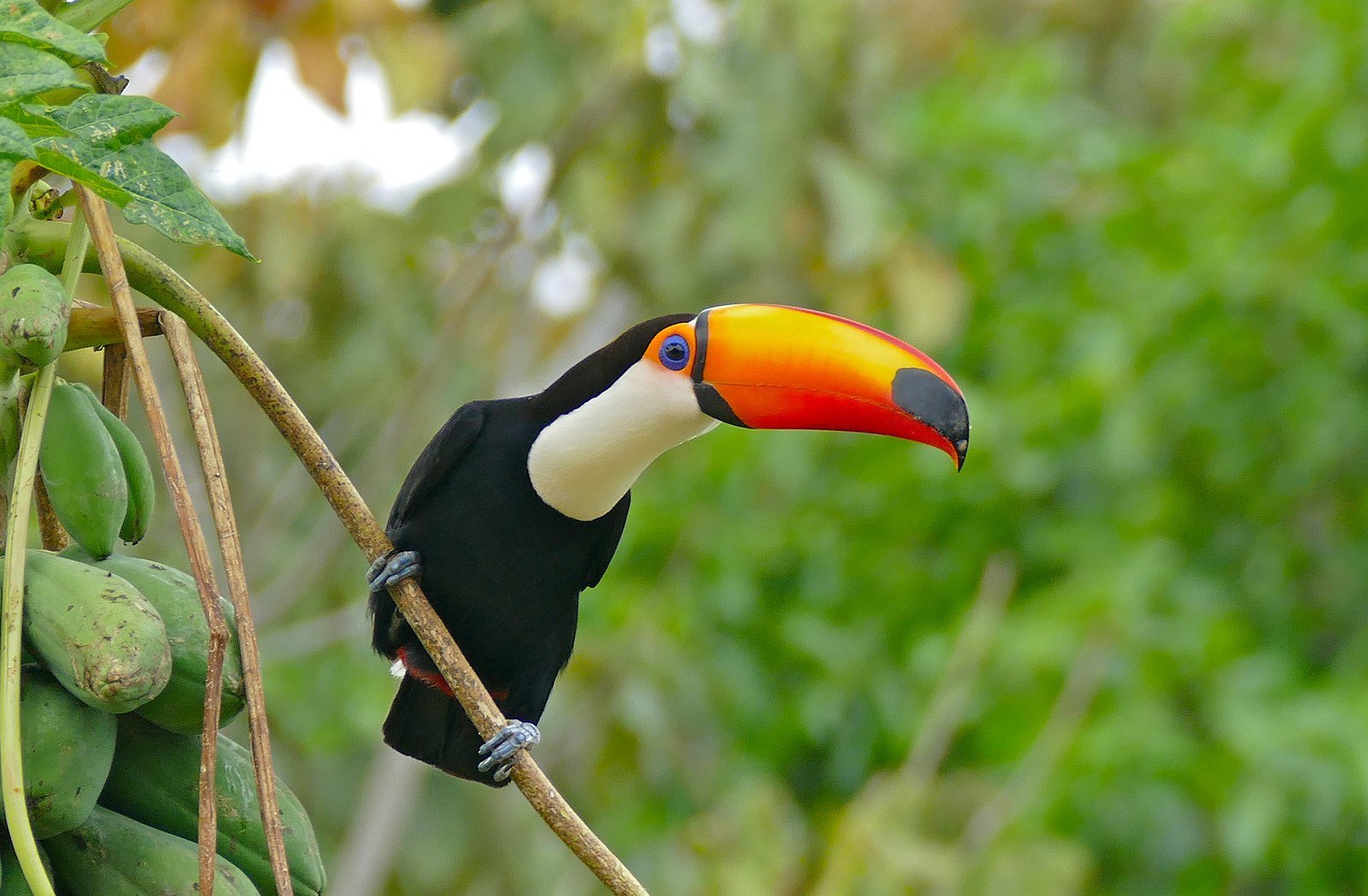 The World of birds is divided! Even though birds have been around on the same world for millennia, the world itself hasn’t always been called the same thing by all people. We take a look at this simple distinction for the birds on our planet, and why it can matter.

As you become more familiar with bird names and descriptions, you will likely come across the phrases Old World and New World birds that refers to practically all bird species in one way or another.

Put simply, Old World is the term used for those species that are native to Asia, Africa, and Europe, and New World is for those species who inhabit the Americas, as well as some islands in the Atlantic and Pacific oceans. The terms actually reflect a worldview that is more to do with human history than any species it is describing.

When Christopher Columbus sailed west across the Atlantic from Europe in 1492, he envisaged he would reach the shores of China, Japan, and India, collectively incorrectly known as The Indies at the time.

During the four voyages he made before his death in 1506, Columbus never truly became aware of the fact that he had not found Asia. America is named after Amerigo Vespucci, whose Latinised name is written as Americus. Vespucci was another Italian explorer who visited the same lands in 1501, and who rightly concluded that Columbus was wrong, and this was in fact a New World.

A map created in 1507 by Martin Waldseemüller was the first to show this new continent, calling it Americus, which soon became known as America: as both Europa and Asia were named after women, why not change the gender for this one too.

Perhaps sadly, Vespucci was never made aware his name was used, as Waldseemüller's maps didn’t reach Spain until a few years after his death.

After the continental drift the isolation of this New continent meant that species there have evolved along paths that are significantly different from Old World species. The Amazon rainforest and Brazil basin boast almost 35% of the world’s bird species, with South America commonly referred to as the “Bird Continent”.

Species diversity decreases the further away you get from the equator, and if you take a look at the globe, there are only two vast land masses right on it, South America and Africa.

The relatively stable environment of the tropics means that a far greater diversity of life in all of its forms exists in these amazing conditions; year-round growing seasons and warm and humid weather means abundant food of all shapes and sizes, therefore the insectivores, frugivores, nectarivores, and all the attendant birds of prey have evolved into thousands of variations on a theme.

Bill sizes are some of the largest ever seen in the Neotropics: the common or Toco toucan, our cover star, has the largest bill relative to body size of all the world’s birds taking up 30 to 50% of its body surface area, (another Neotropical species, the sword-billed hummingbird, is the only bird to have a bill longer than its body length).

‍Hornbills, only found in Africa and Asia, are not related to toucans at all, although their amazing colourful beaks might make you think are. The beaks of toucans and hornbills are an example of what scientists call convergent evolution: both have adapted to their different locations in very similar ways: they have similar traits and diets for example. Birds of both types can be kept in the same captivity environment with no issues at all.

Not so with Old World and New World parrots. Most New World species are acclimated to the damp, temperate regions of the rainforest while Old World Species thrive in dry, arid conditions.

The result is the occurrence of certain physical and biological differences between the two. Any parrot owners among us know that you cannot mix the types – an African grey should not live with a macaw, for instance. This is due to a phenomenon known as “dust” or powder down.

There are some species of bird that migrate from the Old World to the New.

The dust from Old world parrots is very fine, whereas the powder down from New World Parrots is more granular. Vets became aware of life-threatening diseases that were developing in macaws who shared living quarters with dusty, Old World birds. This powder can work its way deep into the birds' respiratorysystem and causes a coating, a plaque, which can lead to all manner of issues from oxygen depletion and eventually death.

Most of the time, Old birds stay in the Old World and New in the New; any migratory bird species in these regions will stick to flyways that span the land masses and take in relatively small crossings over any bodies of water.

But there are some species of bird that migrate from the Old World to the New, or vice versa depending on your point of view. The Bar-tailed godwit undertakes one of the bird world’s most extraordinary migratory journeys, using the East Asia/Australasia Flyway to make the longest continuous journey that has ever been recorded for a land-bird; one subspecies departs Alaska in late August, making a remarkable non-stop flight directly across the central Pacific Ocean.

Aided by strong tailwinds, the birds average 56 km per hour and can complete the 11,000 km journey in just over eight days, arriving in New Zealand and south-east Australia for winter.

Not from these parts

There is a small, sedentary yellow-green songbird, that lives in the dark sublevels of lowland evergreen rainforests of Central and South America called the Sapayoa, scientific name Sapayoaaenigma.

As the name implies, this bird has long puzzled ornithologists and taxonomists because analyses have shown that this species’ closest genetic relatives actually live on the other side of the world in Southeast Asia.

Originally, this bird was placed in the manakin family of New World songbirds because of the similarities in plumage, but further studies eventually revealed they were not related. Some of those studies also found that the structure of muscles in the bird’s “voice box”, the syrinx, resembled Old World broadbills, as did the skull structure.

How could a South American bird look so much like a group of birds found on the opposite side of the Pacific Ocean many thousands of miles away?

So far, still no one knows.