Birds of the Night 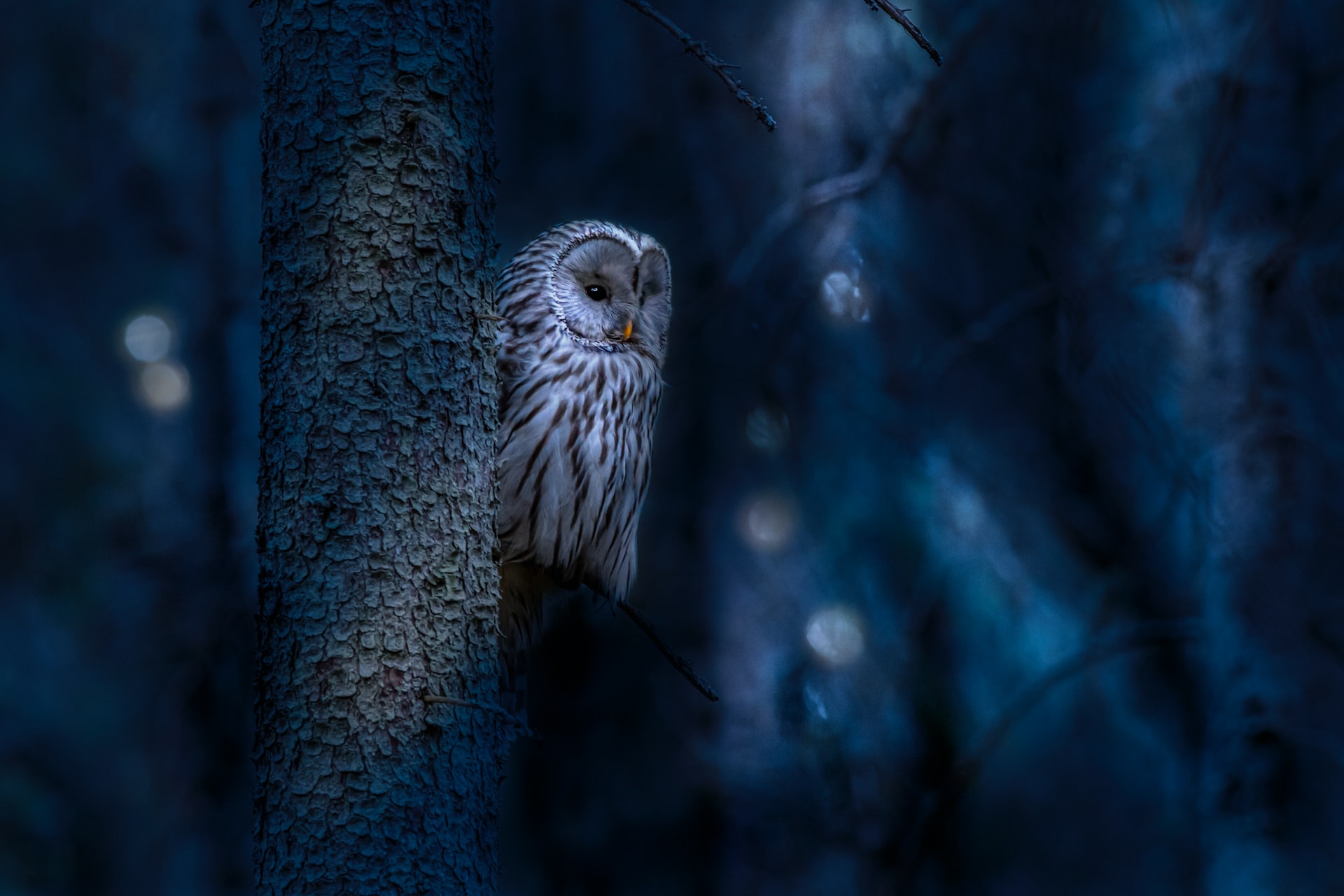 Does all the world sleep at night? Definitely not, in fact it’s thought that the majority of the world’s species are living it up while we sleep. In the bird world, most of us think of owls as the primary night creature, but when the sun goes down many birds stalk the night air.

Humans are diurnal, as a species we are biologically programmed to be active during the day and sleep at night. Of course, millions of us do the opposite of that and have managed to reprogram, usually because of work necessities, but that is the result of conscious decision rather than a shift in nature.

We may well witness many birds being active late into the evening and before dawn; for instance, in early spring the dawn chorus starts well before the sun rises, as many diurnal birds will be trying to claim territories and attract mates. But if they are going about their wakefulness in the darkest part of night, that is when they are considered nocturnal.

Just how some birds evolved to be this way is still a bit of a mystery, but as with all things, species fill a niche unoccupied by another. There is a common consensus in the evolutionary community that millions of years ago these nocturnal characteristics evolved to avoid contact with diurnal predators.

Other animals, like desert animals, are nocturnal in order to escape extreme daytime heat, or some find it easier to attract mates when there is less background noise as well as less song competition from other birds.

Whatever the reason, you will find that nocturnal birds share certain characteristics. Their plumage will often be mottled, dappled or streaked with dull and neutral colours, earthy and muted tones of grey, brown, black and white.
‍

This type of plumage is described as cryptic, and is survival 101, essential during the day when the bird needs to remain hidden. If you were to come across a nocturnal bird in the day, it may look chilled out, but in fact this stillness is a defence mechanism, remaining motionless to avoid attracting attention.

They tend to have large eyes in comparison to their heads to allow better vision during reduced light, and their hearing and smell sense will be far more developed than in diurnal birds.

A prime obvious example of these adaptations can be seen immediately in the face of an owl, whose round or heart-shaped facial discs “collect” and focus sound waves directly to their ears. Despite their large flat round eyes, owls actually can’t see all that well, but they can hear everything, even animals moving under snow.

Of the many species of nocturnal birds out there, there are a few notable ones, one by the fact that it looks so strange. The potoo is a bird so odd-looking that it has spawned a wealth of memes, with large yellow off-set eyes glaring almost in your direction with something akin to baffled disdain.

As well as those eyes, they also have a long neck, a wide gaping mouth in which to snap up passing by insects, and it can be incredibly hard to see as its plumage appears to match the chosen perch perfectly. They also possess a rather eerie call that some liken to a child mournfully calling out in pain and alone, and a tribe in Ecuador tell stories of a sad spirit in unrequited love with the moon.

A secretive bird that sounds like one of those annoying sleep-killing digital alarm clocks, the Corn crake is a bird whose scientific name is also its nocturnal call, the Crex crex. Related to moorhens, coots and water rails they actually live on dry land and spend much of their day hidden.

They are classed as nocturnal as the males will call almost continuously at night during breeding season. This often disturbs the people who live near these rural areas, and they were immortalised in The Landrail, a poem by the 19th century English poet John Clare, son of a farm labourer and famed nature-celebrant.

If you were to come across a nocturnal bird in the day, it may look chilled out.

The poem tells of having to listen for them as they are absurdly hard to see due to their excellent plumage: “They look in every tuft of grass, That’s in their rambles met, They peep in every bush they pass, And none the wiser get.”

Owls are usually at the top of everyone’s list of nocturnal birds, but one deserves a special mention due to its fairly recent media fame and subsequent musical discovery. The tiny Northern saw-whet owl is a highly secretive and elusive bird, living in forests all across North America.

During the annual cutting down of trees to then weirdly erect again, rootless, in shopping centres for Christmas, one such owl found itself transported miles from its homeland, and suddenly thrust into the glitz and glare of the Rockefeller Centre in New York and the world’s cameras when a worker transporting the tree noticed, and thankfully rescued, him.

Along with many of us who watched this story unfold, someone who was previously not that interested in birds, composer and music producer So Wylie heard the owl’s rhythmic and hypnotic call, and like most music creative types, thought – hey, good beat.

The males will call almost continuously at night.

She sampled the call and set it to music, which suddenly opened up a whole new world of sound exploration for her. She has now gone on to use the call of the barred owl, the hermit thrush, and our friend above, the potoo. Her adventure with bird calls has given her new respect, fondness and a thirst for bird facts, something which we can all agree is never a bad thing.