Kiwis and Their Kiwi 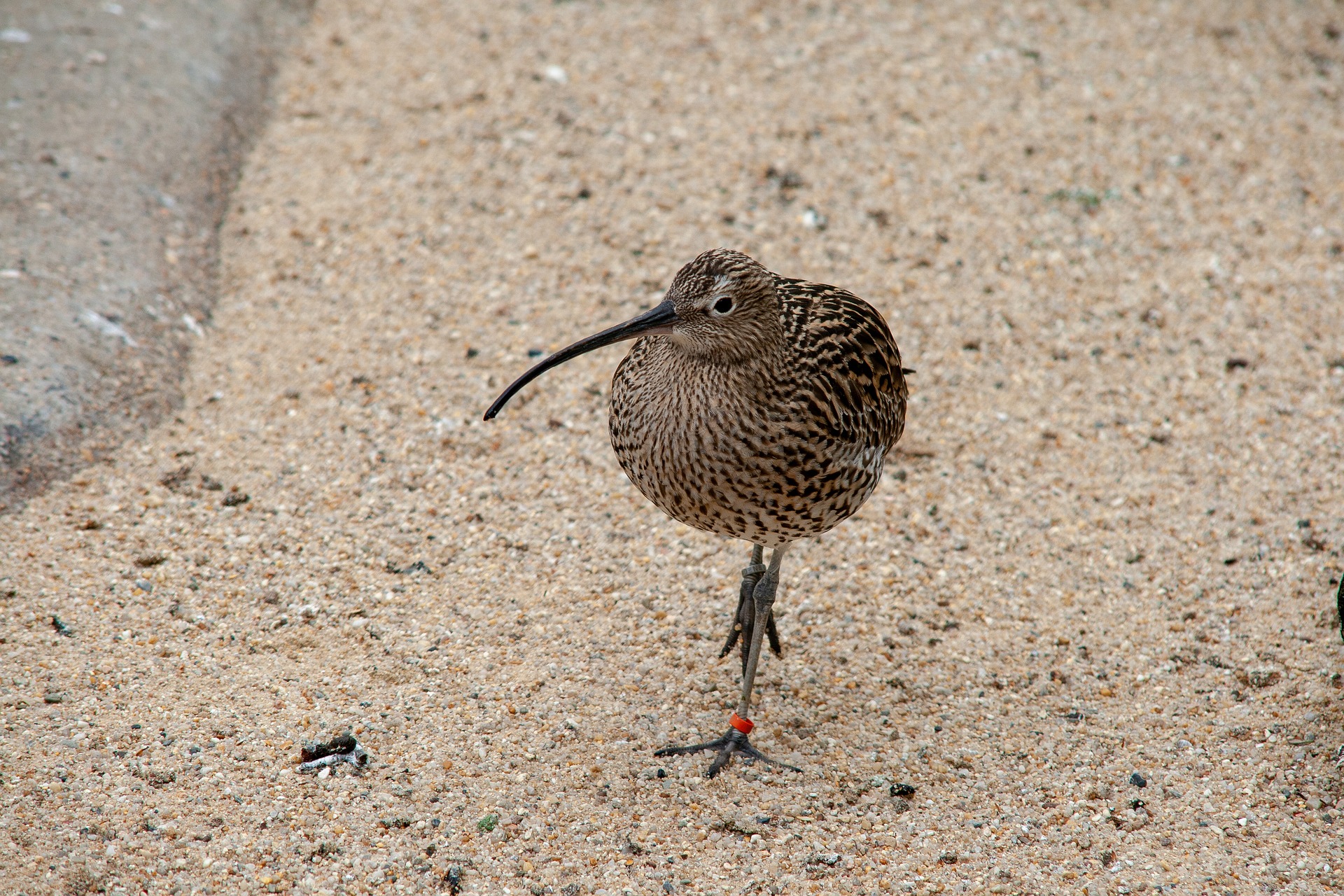 The iconic kiwi has been in rapid decline since the 17th century when The Age of Discovery was in full swing, but steps taken to help their numbers are slowly having an effect. In this post we look at the gloomy past and hopeful future of this sometimes-grumpy bird.

The kiwi bird is only found in New Zealand and is that nation’s icon and unofficial emblem, indeed, lending its name to the citizens of that land. A strange looking bird like no other, its body looks like a brownish-grey furry football, it cannot fly, is only active at night, lives in burrows, has loose hair-like feathers, very strong thick legs, no tail and a long decurved bill. Roughly the same size as a chicken, it resembles more a figment of imagination from the mind of a crazed science fiction writer than a bird.

Eggs are located in the wild and then placed into “crèche sites'' at participating zoos and institutions.

There are only five species of kiwi alive today: the North Island brown kiwi whose numbers of around 35,000 make this the most numerous kiwi alive; the largest of them all, the Great spotted kiwi also known as the roroa, 16,000 of these are only found on the South Island; the smallest, the Little spotted kiwi, little grey kiwi, or kiwi pukapuka, is only found in predator-excluded reserves on a few small offshore islands and comprises about 1,600 individuals left; the Southern brown kiwi, also called tokoeka, or common kiwi, despite there being around 9,000 fewer birds than its North Island compatriot; and the Okarito brown kiwi or rowi, whose 600 or so members makes it the most critically endangered species, eking out their existence in a restricted-access forest on the South Island.

Looking at these figures should show you a harrowing reality – they are almost extinct, under constant threat of population numbers dropping so low that they will be unable to sustain themselves. Saving these birds is one of New Zealand’s famously progressive Department of Conservation’s (DOC) core aims.

Nationwide studies show that in the wild, on average only 5% of kiwi chicks survive to adulthood, with most being killed by invasive species such as stoats, weasels, rats, and possums. The fact that upon hatching as a fully-feathered chick, their parents abandon them, also contributes to this terrible statistic. Human trophy hunting and habitat loss as well as feral and domestic pet attacks sees off a sizable chunk of the other chicks and adults that do survive.

On average only 5% of kiwi chicks survive.

A national charity called Kiwis for kiwi estimates that of the 20% of the entire kiwi population that is managed, they can expect a far better outcome of around 50 – 60% chick survival. Charities like this one and the DOC have managed to instil a great deal of awareness into the public, whose steady reporting of deceased, sick or injured birds and minimising threats from their pets positively influences these conservation efforts. Kiwis are proud of their kiwis and the majority band together to do all they can.

Named by the Maori, the word kiwi is thought to have one of two origins – either after their shrill call, or others believe the early voyagers from Polynesia thought they were the same as a migratory bird that would spend summer on their Pacific islands, called the bristle-thighed curlew, a bird they called the kivi. The similar decurved bill and the round-bodied mottled browns and greys of this curlew could indeed be the inspiration.

Whilst known for centuries to the inhabitants of those stunning far-flung islands, kiwis only came to light to the rest of the world upon the arrival of the European discoverers in 1642.

Sadly, it was that arrival that initiated the beginning of the sharp decline for the kiwi, as cats, rats and other stowaways and rodent control mammals scampered gleefully from the ships and began their hungry rampage. Unable to fly away and completely unaware of the concept of ‘predator’, these birds stood very little chance and certainly no time to adapt any truly effective defence mechanisms.

Named by the Maori, the word kiwi is thought to have one of two origins.

However, they can pack a real attitude, often referred to as grumpy by their would-be saviours who have been on the occasional receiving end: their razor-sharp claws and strong hind legs can and do deliver a wallop to enemies when provoked. But first, the birds need the chance to grow those legs and hone that attitude, and far too many are killed before they get to that stage.

There are now five government-funded kiwi sanctuaries in New Zealand, with three on the North Island and two on the South, and several private or charity-run projects with government support contributing to the effort. Several initiatives have helped a relative surge in numbers, with one called Operation Nest Egg. In 1994, it was noted that almost all kiwi chicks were killed by stoats but they left the adults alone, steering clear of the claws.

Thus, eggs are located in the wild and then placed into “crèche sites'' at participating zoos and institutions. The egg removal may seem harsh but putting human emotions aside, given that the parents do abandon the chicks to any fate, and potentially more likely to try for another egg if one is no longer there, this method is thought to have a double-sided win.

Maori consider kiwi to be taonga, which means ‘treasure’.

Juveniles are raised until they are around 1kg (when they are big enough to deliver that kick) and then they are returned to the wild in predator-controlled areas known as kohanga kiwi sites. Recently, the footprint of a North Island brown was seen on the west side of Taranaki mountain, the other side from a kohanga, sparking hope that their range to find a mate was expanding. At one sanctuary site in Moehau at the tip of the Coromandel peninsula the kiwi population has doubled over ten years because of successful management.

One wildlife centre based on Rotorua Island east of Auckland has just celebrated its 10-year anniversary of being a crèche site. In 2005, a drug and alcohol rehabilitation facility on the island set up by the Salvation Army finally closed its doors after serving thousands of stricken New Zealanders for over 90 years.

Not long after, two philanthropists decided it was the perfect place to help another kiwi in need. After three years of stripping out the old unsuitable pine trees and replanting over 100,000 native trees and converting the buildings appropriately, the sanctuary opened its doors to the public in 2011.

In early April 2021, to celebrate this auspicious occasion, a one-month-old North Island brown kiwi called Jack became the 79th bird to be released from there into a kohanga, to the sounds of a truly wonderful event, the traditional Maori welcome ceremony called a Pôwhiri.

Maori consider kiwi to be taonga, which means ‘treasure,” and under the Treaty of Waitangi between the British Crown and the Maori tribes, Maori have kaitiakitanga (guardianship) of their taonga.

Every released bird is celebrated this way, with Maori children singing special songs and tribe elders formally greeting the birds to their new home with blessings and hopes for a safe future: a truly beautiful gesture for this puffball of a bird that needs all the help and love we can throw at it, no matter how cranky it is.