Wild Birds on the Black Market 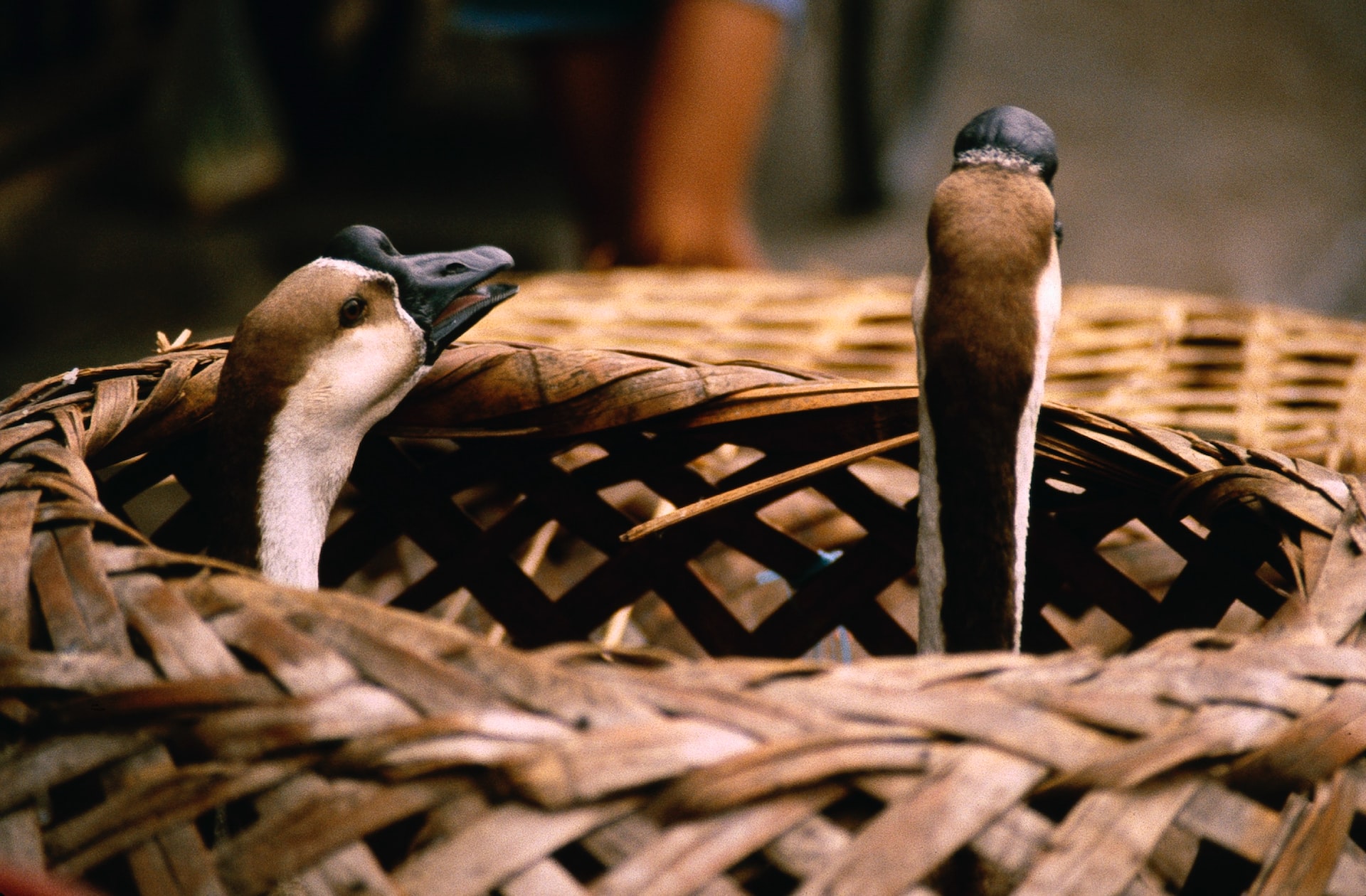 Birds are beautiful, many of us across the world think so, and some of us even own birds as pets or status symbols. Unfortunately, some people take the wrong path to this ownership, keeping the illegal bird trade alive. Today we learn more about this awful practice, and what, if anything, can be done to combat it.

The time has come, dear readers, to address another issue of bad things happening to birds. We completely understand if you choose not to continue; it has been hard research to stomach. But knowledge is power, as they say, and oftentimes they are correct.

There are around 4,000 bird species adversely affected by illegal domestic or international trade.

You may think yourself a world apart from the scurrilous activities of the illegal trade in wildlife and you’re probably right; but there may come a day when you do come across it, and knowing what to do is just one tool in the box for trying to stamp it out.

Many of us are well aware of the headline grabbing trades of ivory, rhino horns, big cat and bear skins and so on, but it’s thought there are around 4,000 bird species adversely affected by illegal domestic or international trade, with millions of mostly finches, weavers, parrots and raptors affected the most.

This trade has also been identified as a major contributing factor for one in twenty species deemed threatened and near-threatened. It is already an acknowledged factor in contributing to the perilous decline of the African grey parrot, the Yellow crested cockatoo of Indonesia, the Black-crowned crane of Africa, and the actual extinction in the wild of one species, Spix’s macaw.

This pale blue and grey diminutive parrot with a long tail was already on the danger list when it was officially categorised in 1819 in Brazil, it’s tremulous status a result of burning, logging and grazing of its habitat for a hundred years prior.

Now only alive in captivity, those who did manage to survive the past two centuries have met their nemesis in the form of continued logging, and hunting and trapping to become caged pets in someone’s home or office, or stuffed and inexplicably added to a collection of similarly once alive and thriving animals, or used as ornaments.

Sadly, the illegal bird trade is one of the most lucrative forms of wildlife trade and booming, a multi-billion-dollar enterprise making it second to the drugs and arms trade. It is driven not only by the popularity of birds as pets, but also by weak regulation and enforcement, and due to the often-non-harmful nature of the subjects and the fact that they can be crammed into very small spaces.

Trade takes different forms, either by trapping and selling live birds or their eggs, hawking their carcasses or feathers, selling large birds as game meat, or harvesting their body parts for so-called traditional medicinal or belief-based products, or consumption.

Historically, eating wild songbirds used to be reserved for the less well-off factions of society, but in one of those unfathomable paradigm shifts we are so good at, this is now popular among the rich and wealthy, making this side of the business even more successful.

The majority of trapped birds for trade takes place in Asia and Africa, as that’s where the majority of more exotic species live, and they are then predominantly exported to America and the European Union.

The spectrum of people who purchase wild birds illegally is a perfect arc across all of society – high-end collectors keen to get their hands on every exotic bird there is, people who organise and make money from the revolting business of bird-fighting, restaurateurs flourishing their menus with quirky and expensive delights and others in the street food trade, and then the everyday you and me who may want to own a bird as a companion or pet and unknowingly acquire one that may seem to have come from a reputable and licensed trader, but in all likelihood has either been duped themselves, or is in on it.

The short wing of the law

In 1975 an international agreement known as the Convention on International Trade in Endangered Species of Wild Fauna and Flora – or CITES – came into being, and now has 183 countries that are Parties to the Convention.

If you have any doubt about anything you see, report it.

Although in theory the framework abides by national sovereignty, some are of the opinion it undermines itself as it neither criminalises wildlife trade in restricted species per se, nor does it offer any sanctions for violations; enforcement of international and local laws is a huge hurdle, especially in undeveloped member states where underfunding, public acceptance of poaching and pressure for resources to be allocated elsewhere often means local laws are ignored.

The opportunity to make huge profits with a relatively low risk of punishment has given rise to the involvement of organised crime groups taking advantage of huge gaps in legislation and poor law enforcement.

The rise in social media and online marketplaces means that it is now easier than ever to unwittingly enable this illegal trade. Posts of exotic looking birds as pets are now shared far and wide, increasing demand.

Some species can fetch absurdly high prices, so many domestic bird breeders see a chance to meet this demand. Unfortunately, this often results in dreadful conditions for the birds with overcrowding and overbreeding.

A lack of enforcement to protect many species accompanied with very low awareness on the part of consumers only perpetuates the home-breeding practice.

The increasing use of social media to sell birds, however, does also have a plus point: in this increasingly obvious situation that regulation and enforcement has not exactly been up to snuff, companies are finally scrambling to be the forebearers of action, risking losing the respect and interaction of the very thing they need if they don’t show willing.

In March 2021, TikTok became the latest social media platform to join up with the organisation Coalition to End Wildlife Trafficking Online, along with 38 other tech companies which includes Google, Facebook, and Alibaba. Since the Coalition’s launch in 2018, there have been over 4 million listings of illegal trade blocked or removed from the world’s scrolling touch.

Organisations like Birdlife and the Coalition do what they can to combat this trade; in 2006, BirdLife Partners in the European Union urged countries to only allow international trade if it could be shown that the conservation efforts were being made towards the species being traded.

There are success stories out there and people just like you do help bring some of these bird-killing criminals down as well as saving countless bird lives. There are numerous groups on Facebook and Instagram that you can follow and learn about any issues in your area, such as CABS, the Committee Against Bird Slaughter, who recently posted about busting a ring of around 50 bird poachers in Cyprus and removing traps set up along flyways.

Amazon and eBay have removed dozens of bird traps and other devices from their websites after CABS monitored their platforms and reported them. One online advert in Serbia listed two kestrels for sale, but it was reported by a concerned citizen and less than 24 hours later police located the village, raided the house, and arrested the occupants as well as rescuing the two birds.

But they do need your help. If you have any doubt about anything you see, report it – contact Birdlife directly to find your nearest wildlife officer, or also if you’re in the US, contact the US Fish and Wildlife Service.

Every UK police force should now have an appointed Wildlife Crime unit, too. If you think a social media post or advert is suspect then it is a very simple process to report it, and then that’s your bit done to help stop this criminal activity and save the birds as well.

Likewise, if you are thinking about purchasing a pet bird, please do your homework on where the bird comes from. Many birds should have accompanying documentation stating if it was imported or bred in captivity, and if the bird was imported then the seller should also have a CITES permit proving it was legally acquired.

If you love birds, and we’re assuming you do, you’ll want to help just even one of them escape the conditions they may have endured, and the best thing about it is, you can.