How Do Birds Breathe? 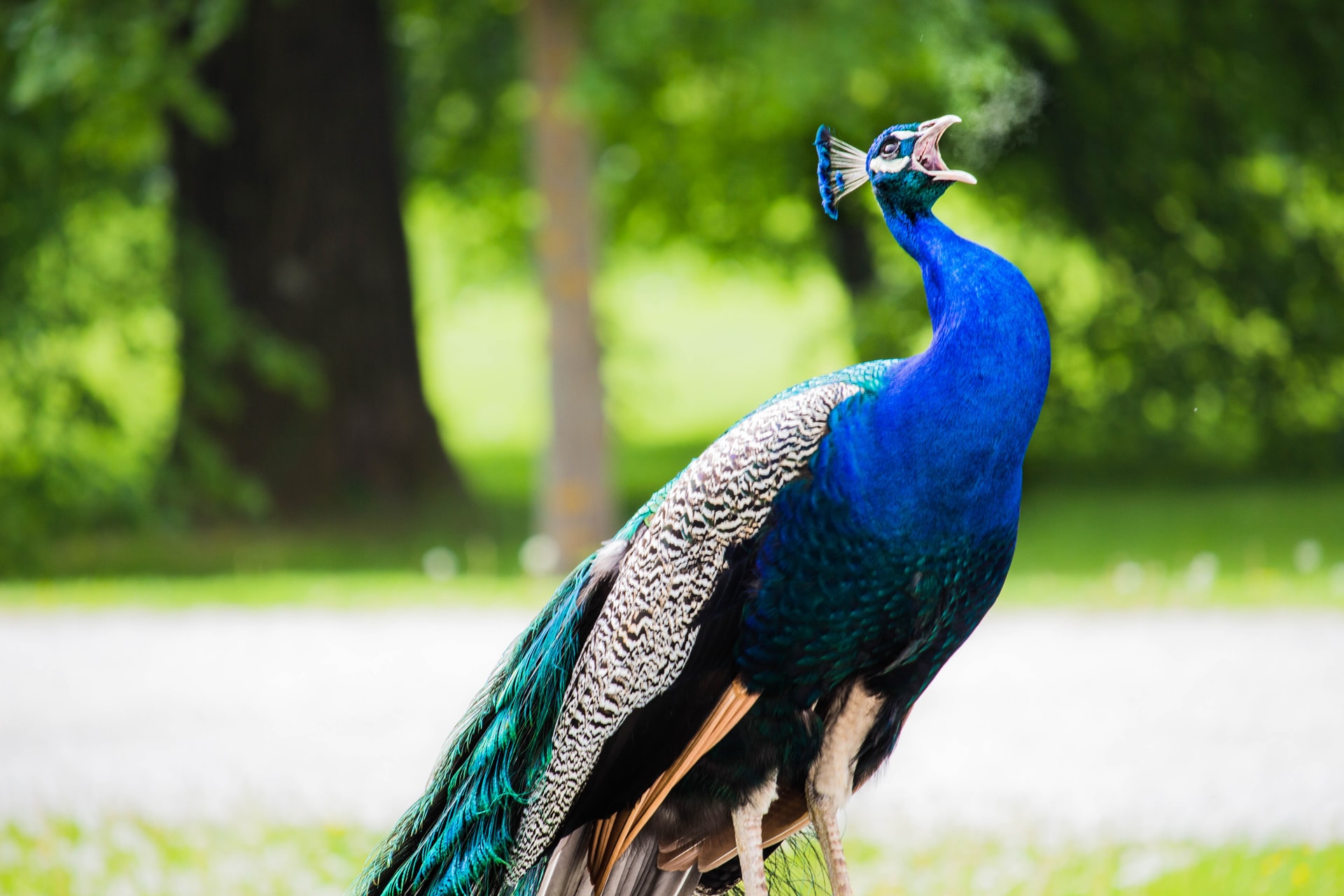 Birds are very active animals, and use up a lot of energy all the time, but have you ever seen one out of breath? We take a look at the incredible way birds manage to stay so busy without collapsing in an exhausted heap.

If you’ve ever watched a bird for more than a few minutes, you’ll probably notice quite quickly that they never stay still, especially when you’re trying to find them with binoculars or take their photo. They are constantly on the move, whether because of danger, chasing during the mating season, or just finding a food source, and that unending activity requires a lot of energy.

All birds favour foods that are high in protein and fats, to meet those high metabolic rates, but their respiratory systems must also be highly efficient to meet those huge demands for oxygen.

When mammals breathe, a slab of muscle called the diaphragm helps them to inhale and exhale air into and out from the lungs. Lungs in humans occupy almost all of the chest cavity, and our rib cages are pushed out of the way when we breathe in, and relax back in place when we breathe out.

Birds, on the other hand, don’t have a diaphragm, and instead air is helped into and out from the body by special muscles attached to the rib cage and sternum, moving them downward and forward when breathing in, and then up and backward when breathing out.

This creates an expansion / contraction motion which assists with the even more complex air-flow system inside the chest cavity, which we’ll come to soon.

Their respiratory systems must also be highly efficient to meet those huge demands for oxygen.

So, like us, birds take in air through the mouth and nostrils via a tube called a trachea, but after that, all likenesses end.Human lungs are two large sacs that then contain smaller air sacs called alveoli, that cluster around tubes called bronchi, a bit like bunches of grapes on the vine.

Air that enters our bodies is pulled down the trachea and then into the alveoli or air sacs via the bronchi, and it is there in the air sacs that the gas exchange of oxygen and carbon dioxide takes place by way of osmosis.

The rich life-giving oxygen is extracted from the air into our blood and tissues, and the potentially fatal by-product carbon dioxide is pushed into the now old oxygen-starved air which we then exhale, pushing the bad carbon dioxide back out into the atmosphere.

This in-and-out, two-way flow is called bidirectional flow, and all mammals breathe this way. It’s important to note that the air breathed into the alveoli becomes left over and stale once the oxygen has left, and is now full of carbon dioxide, which we then breathe out again via the same method, momentarily depriving ourselves of oxygen as we exhale. Bidirectional airflow is therefore actually quite inefficient.

‍The energy that birds need to stay in flight is phenomenal, so it is crucial that there is no time lapse between oxygen in and carbon dioxide out.

Thus, birds' respiratory systems have evolved to be an outstanding mechanism of efficiency. Instead of having two large lungs that contain the air sacs, birds have relatively small lungs which are surrounded by nine air sacs, positioned around the outside of the lungs.

The air sacs are very thin-walled and have nothing to do with gas exchange like ours do. Instead, these air sacs act as bellows directing the flow of air. The exchange of vital oxygen and waste carbon dioxide actually takes place within capillaries that cover the outside of tiny air passages called parabronchi, which are inside the small lungsinstead of the air sacs.

Birds' respiratory systems have evolved to be an outstanding mechanism of efficiency.

Courtesy of Wikimedia Commons[/caption]There are large air sacs at the back of the bird, past the lungs, called posterior sacs, and then smaller ones towards the front of the bird at the base of the neck, in front of the lungs.

This difference in size and positioning of the air sacs in the bird’s body provides the bedrock for this extraordinarily efficient respiratory system.

‍Imagine a bird breathing in for the very first time. Fresh oxygenated air enters the trachea, and with the help of the ribcage and sternum muscles, the posterior air sacs are tugged outwards which pulls that fresh air down the trachea and all the way to the back of the bird into these larger sacs, inflating them. When the bird then breathes out, the muscles contract making the larger sacs smaller, which pushes the air out again, but this time into the lungs.

Due to high pressure the air then surges through the tiny parabronchi, and oxygen is absorbed into the body, and carbon dioxide is then pulled into the now “stale” air. The bird then takes a second breath in: at the same time as more fresh air rushes into the posterior sacs as before, the stale air in the lungs is then pulled into the smaller front sacs, which then inflate with this bad air.

When the bird then exhales for the second time, muscles collapse the front sacs forcing the stale air up through the trachea and out into the world. Remember, at the same time, oxygenated air taken in on the second breath is now pulled from the posterior sacs into the lungs again, and on it goes.

This means that not only do birds actually take two breaths to complete a “cycle” of respiration, it also means that there is only one direction of air through the lungs: in from the back and out the front, instead of the in and out the same way system that mammals use. It is this unidirectional flow that means birds never lack oxygen.

‍You may have seen a bird looking like it was out of breath, but that was probably during hot weather - whilst they can't pant like dogs do, they do open their mouths to cool down. But rest assured their amazing lungs are working in full flow, maintaining that constant aerobic cycle: as easy as breathing.