Above the Waves - Seabirds at Risk 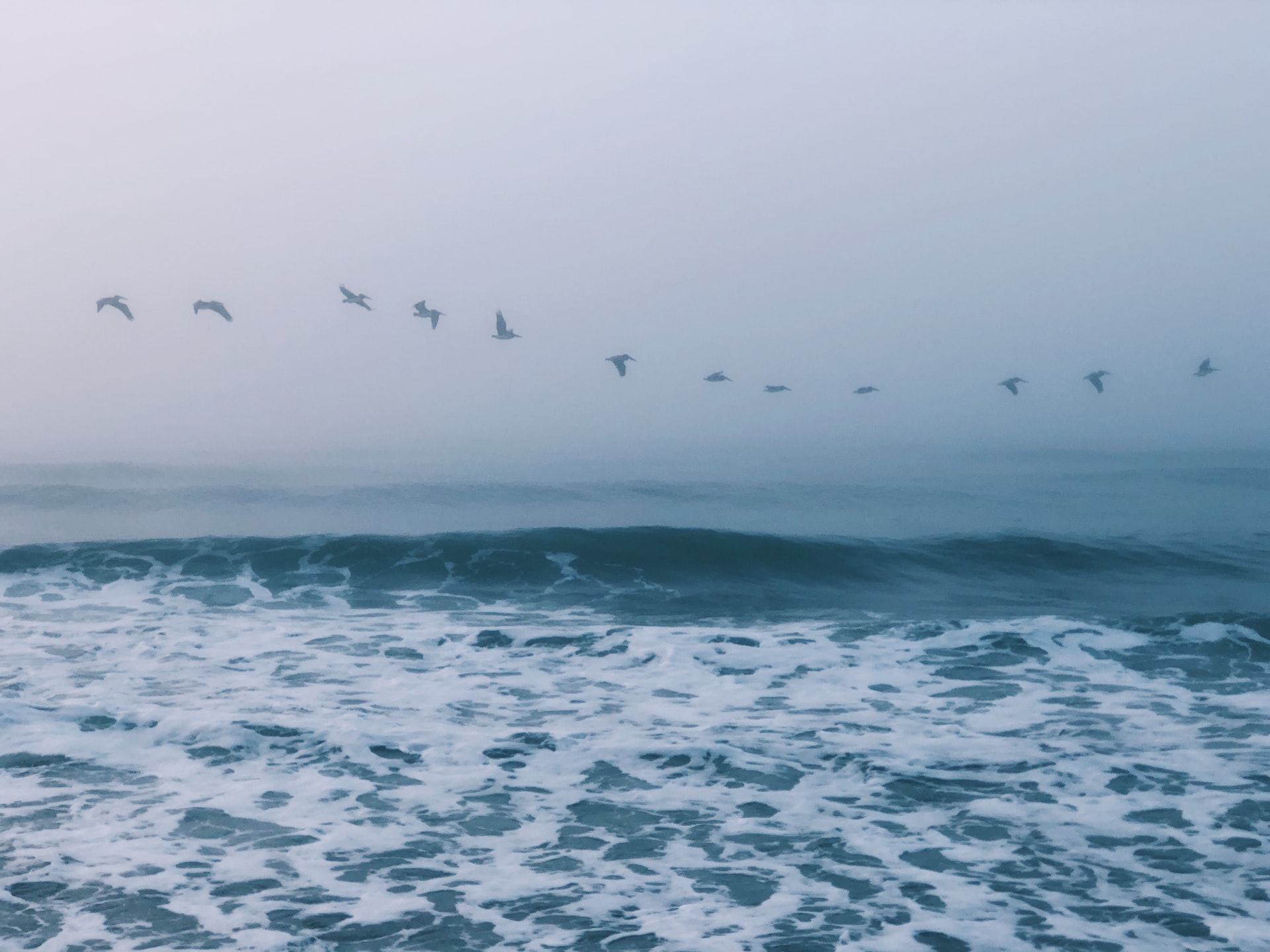 Seabirds are the most at-risk group of bird species in the world, but they also respond very well to conservation efforts, making them one of the best candidates to focus on. In today’s post we look at the threats they face and the ways in which those threats can be managed.

Life on and around the ocean is as perilous as it gets: many of the seabird species we know of spend many hours of each day using energy to stay aloft above the water and hunt for food that they can’t even really see.

‍Storms and turbulent weather systems create dangerously rough seas, waves as high as houses ready to take them under, and climates of extremes to navigate. They have adapted to live in these conditions over 60 million years, but due to their life cycles and the volatile nature of this environment, the slightest change in the equilibrium can have disastrous knock-on effects.

Historically, seabirds have been incredibly hard to monitor, with their habit of spending huge parts of their lives flying for miles over open oceans and living in hard to access areas like precipitous cliffs or remote uninhabited islands.

But with the advance in technological systems like GPS and radar, alongside ground-breaking collaborations, the conservation community has more information than ever on just what these birds undergo during the course of their lives.

Using tech originally designed to monitor fishing vessels far from land, scientists could finally assess the scale and extent of the migration routes and feeding and nesting grounds of hundreds of species. But when they saw what was out there, they were shocked and very concerned.

Of the 350 or so species of sea- and shorebirds in the world, just over a third are classed as threatened, vulnerable or endangered; as an example, 15 of the 22 species of albatross are close to extinction.

According to a study carried out in 2018 by the University of Aberdeen, Scotland, 70% of the world’s seabirds have vanished in the last 60 years. A year later, an impact review carried out by BirdLife International established the main threats these species face, and what can be done to help them.

But first let’s look at why these birds, so rarely seen or even heard, matter to the world.

Seabirds are a huge part of a dynamic ecological relationship with the marine world. Understanding and following their natural and instinctive behaviors are a key indicator to the health of the marine environment; if seabirds are suffering, that means the rest of their habitat must be too, and that will have an effect in the wider world.

As with all things, every species plays a role in the normal functioning of the planet, and seabirds provide one thing that no other creature on this earth can do – excrement absolutely packed with essential nutrients like nitrogen and phosphorus and other elements that fertilize the sites where they colonize.

Between 50 and 80% of the very air we breathe is generated by oceanic plankton. This rich guano leaches into the coastal waters from their nest sites, fertilizing and maintaining balance in coral reefs and other marine ecosystems, providing a vast variety of life forms – plankton included – with the home in which they thrive.

We’ve all heard of the food chain – remove one link, everything that lives off that will also cease to exist. A healthy seabird population is intrinsic to the survival of countless species, including our own.

The BirdLife review found that seabirds are declining because of a number of issues. Most seabird species are long-lived and take time to reproduce, often not reaching sexual maturity for a few years, so any even slight increase in mortality can have a serious impact on population size and therefore species survival.

One of the most sickening threats the birds face is persecution by the fishing industry. Birds and other marine animals caught up in fishing lines or other operations are given the sterile name “bycatch”, which does nothing to relay the scale of death these practices leave in their wake; indeed, the term seems designed specifically to dismiss it as an inevitable side effect of little concern.

But the manner in which the birds are dispatched is horrific. Fishermen trying to prevent birds from taking advantage of their catch are either clubbed to death from the air, baited on a separate line and then killed, or mutilated by cutting through their bills to free them from the lines, and then tossed into the seas to their fate to starve, now unable to consume anything for themselves.

If the fishermen aren’t killing them, then invasive species are. Introduced plants and mammals have devastated otherwise pristine habitats.

Cats, rats, weasels, mice, and rabbits have made their mark on breeding colonies across the world and non-native plants have made what territory is left inhospitable to nesting.  Human habitation and increasing tourism have also had a damaging impact on many species who would otherwise have spent centuries left alone on their rocky outcrops.

Finally, the looming and sadly ever-present specter of climate change is seeing to it for the rest of them.

So, what can be done? Is there no hope, are we too far gone and will we lose these species forever and irrevocably alter our seas and oceans beyond recognition?

The short answer is yes, if we do nothing, and no if we do everything we can. Now that the threats have been identified with undeniable evidence, legislators and scientists are finally working together to make amends, but the going is slow.

‍Enforcing laws, monitoring commitment and creating alternatives takes time and resources. But the solutions are all workable: in the case of the fishing industry, heavy fines, lifetime bans and / or prison for anyone caught inflicting injuries on birds is making some headway, but switching out old fishing methods with bycatch reduction gear such as weighted lines, bird-scaring “tori” lines, and dyed bait, has seen a reduction in seabird bycatch by up to 95% where already implemented.

‍Overfishing has long been an issue, so establishing no-fishing zones or restrictions on types of catch such as krill and other crustaceans that are key foraging food for the birds are also now in place.

In 2017, nine of the world’s 13 biggest fishing companies signed up to protect the world’s oceans to help stamp out these and other heinous practices. You can find out more about what those businesses and organizations are doing across the world here.

The creation of marine parks and wildlife refuges at known breeding sites helps keep human traffic at bay, and schemes to remove invasive species and encourage the restoration of those that have succumbed to erosion and /or plant life destruction are under way at key coordinates around the world.

The issue of climate change, as we know, continues to be embattled, either in the form of denial, greed, or complacence, but awareness, understanding and acceptance of the knowledge that never ceases to gather about how this is affecting us and the world are all key steps to making a change.

It is true that some species may adapt – some will be worse off and perhaps others better, but further studies are required to derive such conclusions, so seabird surveillance must be permitted to continue to get the bigger picture.

As we can see, the majority of threats these birds and all other species across the planet face are, sadly, instigated by humanity. Whilst this conclusion is unsurprising, finding solutions appears to be a relatively straightforward step.

However, commitment and engagement with those solutions are always the stumbling blocks. As individuals, we can elect lawmakers who recognise these issues and commit to acting, we can apply market pressure with the businesses we use, and we can make simple changes to our own lifestyles (switching to a sustainable fish to eat, or ceasing to eat fish altogether, for example) to help ease the burden.

If no action is taken, these birds are in real danger of never gracing the ocean again, and their absence will have nothing but disastrous outcomes for all along the line.