The Plight of the Albatross 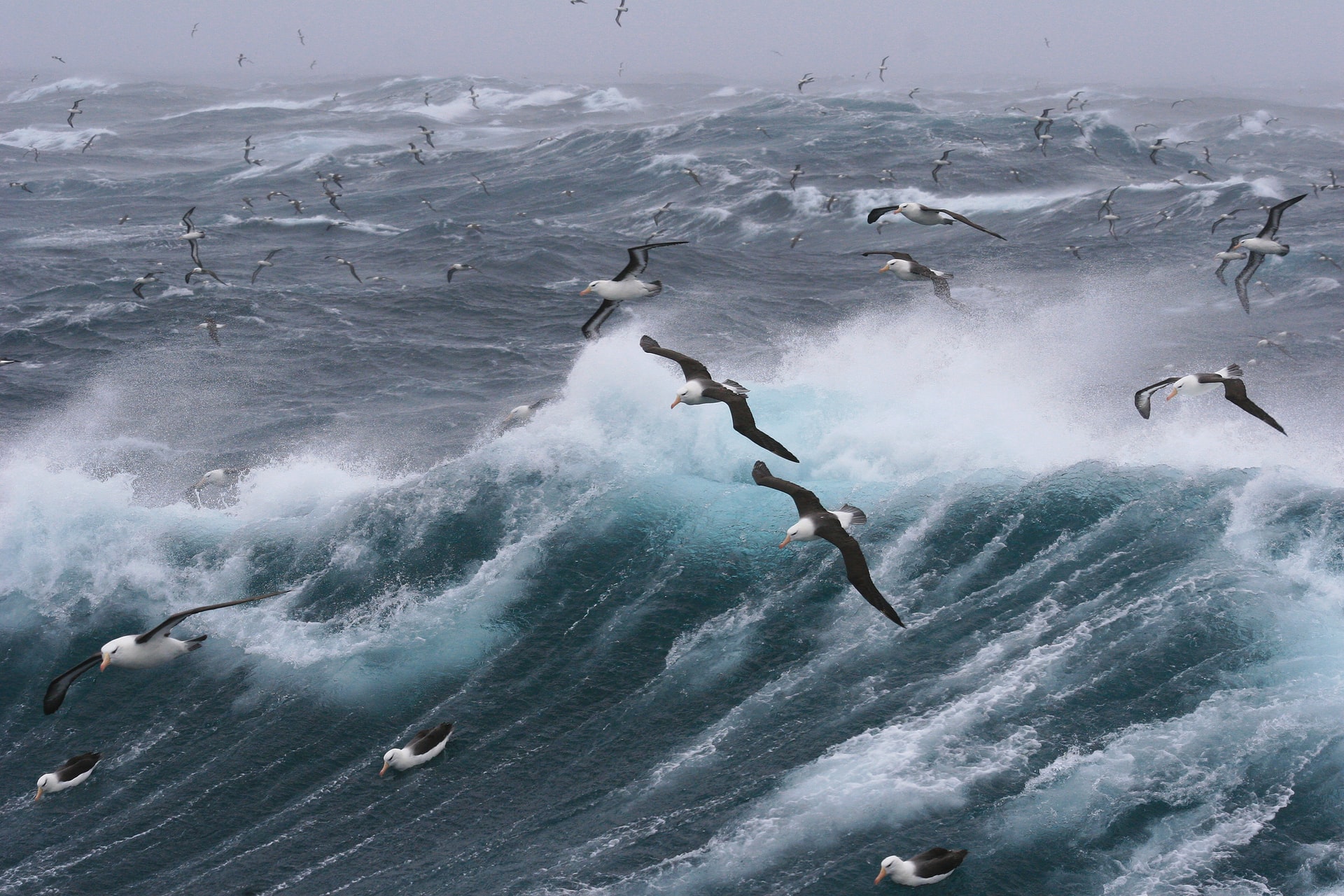 Soaring for years at a time without touching land, albatrosses are one of the world’s most respected and loved birds who are desperately in need of help from the threats they face. A new dawn of technology and cooperation across the board seems to be heading in the right direction.

The burden of life

The name "albatross" is likely to have come from the Arabic al-qādūs or al-ḡaṭṭās (literally, "the diver"), assimilated into the English language via the Portuguese “albatroz”, a modern-day word for the former alcatraz, which meant large web-footed sea bird, commonly used at the time for gannets and pelicans.

Alcatraz Island, home to the infamous prison, was at the time festooned with these and other seabirds, prompting the officer and explorer Juan Manuel de Ayala to name the island thus when he arrived in San Francisco Bay in 1775.

Centuries of occupation and military exercises saw to it that those birds eventually avoided the island altogether, but after the closure of the prison in 1963 due to the escalating financial toll to keep it open, the island was finally incorporated into the new Golden Gate National Recreation Area in 1972, and is now a tourist attraction and nature reserve, home to more than 5,000 birds who nest there every year.

Their non-scientific or common names are also quite numerous, and depending on where in the world you are, some species are known as mollymawks (from the 17th century Dutch word mallemok meaning foolish gull) but also used are gooney, pelican, nelly, and burden, this last taken from the sailor’s penance to wear the corpse of the bird he shot in the Rime of the Ancient Mariner poem.

They expend very little energy as they soar and glide hundreds of miles over the ocean.

Albatrosses are found all across the Southern Ocean and the North Pacific, and whilst they are now completely absent (save for the occasional storm-blown vagrant) from the North Atlantic, fossil remains do show they once occurred there. Spending 85-90% of their lives at sea, they expend very little energy as they soar and glide hundreds of miles over the ocean, using a tendon in each shoulder that locks their immense wingspan in place, negating the need to flap for momentum.

This ability to travel long distances without moving their wings was thought at one time to be a supernatural power by sailors, hence the fate of the trigger-happy Ancient Mariner for killing such a revered being, leaving him surrounded by his dead crewmates and “Alone, alone, all, all alone, Alone on a wide wide sea”.

Tube-like nostrils running along each side of their long horny-plated bills enable albatrosses to measure the exact airspeed in flight to enable their dynamic soaring. Most birds depend on their eyesight to locate food, but these tremendous tubes also provide the bird with a uniquely developed sense of smell used to locate potential food sources.

They hunt squid, fish, and krill by either scavenging, taking from the surface, or diving, and their sense of smell for carrion and other biochemical reactions is akin to the vulture’s.

These birds can live for decades, and many often do, with one famous Laysan Albatross taking the prize for an amazing 70 years old, making her the oldest known wild bird in the world. Wisdom, as she is known, laid her 39th egg a few months ago at the beginning of 2021.

Most albatrosses only lay one egg per breeding season, and some species don’t reach sexualmaturity to lay this egg until they are ten years old. Raising a chick to fledging stage can also take up to a year: this group of birds has many factors that already impede their survival as it is, before we even consider the effect our human presence has on them.

Unfortunately for these noble seafarers, albatrosses are increasingly threatened at a faster rate than all other species-groups of birds, and 15 of the 22 species are threatened with extinction.

The threats they face are many, such as ingested plastic, overfishing, and introduction of invasive species. But one that ranks higher than all the others on the death threat list is longline commercial fishing.

Much like the seemingly innocuous moniker “bird-strike”, albatrosses caught in fishing lines unintentionally and who die as a result are referred to as “bycatch”. These perhaps deliberately passive-sounding phrases belie a horrific reality.

Albatrosses and other seabirds are attracted to the bait from longline fishing vessels, and can become hooked on the lines – which are sometimes more than 80 miles long – and drown. An estimated 100,000 albatrosses a year are killed this way, and unregulated or pirate fisheries exacerbate the problem.

‍The Agreement on the Conservation of Albatrosses and Petrels requires these countries to take specific actions and use various techniques to reduce bycatch, such as setting the bait underwater beyond divingdepth, and setting bait at night: albatrosses only feed during the day. These measures have alleviated the situation somewhat, but enforcement is a major concern, and pressure has been growing on governments to up the ante.

Environmental groups have been tagging birds with data recording devices to track movements for decades, but aside from tag failures and losses, these birds would simply go too far and spend too long at sea for any true meaning to be discovered among all that information. Also, knowing where the birds were was only half of the puzzle. It soon became clear it was critical that finding out how the birds interacted with fishing vessels was key to understanding when, where and therefore how they were dying.

During the 2016 annual conference to discuss and explore the plight of these birds, one attendee spotted something called the Global Fishing Watch map. Leigh Torres, associate professor at Oregon State University, experienced a Eureka moment that would steer the course of albatross conservation in a welcome new direction.

A tracking system that uses transceivers on ships called the Automatic Identification System, (AIS), was already in use, and Global Fishing Watch was publishing data from AIS on a map to make commercial fishing more transparent to the public, aiming to improve regulation enforcement, and ensure sustainability of ocean resources.

Realising that information that had been gathered for years about vessel size, movement, and fishing method was intrinsic to gaining further insight into the mysterious lives of the albatrosses, Torres and her colleagues approached Global Fishing Watch and together they now use data that literally gives the bird’s eye view of vessel movements.

In 2006, Birdlife International and the RSPB had already set up the Albatross Task Force, a specialist unit created to find ways to reduce the accidental killing of these majestic birds.

With this amazing new information to hand, they immediately set about finding ways to use this data, and before long they found something disturbing but not wholly unsurprising – some vessels were not doing what they were supposed to be doing with respect to the 2004 treaty. Studying the speed, direction, time of day and location of over 15,000 vessels, the Task Force concluded that only 15% of the vessels were setting their bait at night.

There is a specialist unit created to reducethe accidental killing of Albatrosses.

One of the biggest challenges in any conservation effort is reducing conflict with stakeholders: finding ways to work with fisheries is essential to finding common ground, taking it from there with both sides invested in the same outcome.

To that end, rather than point fingers, the ATF are working with countries to explore how this simple, cost-effective technology could be used for benefits for all marine life. The ocean-going albatross is helping us find the way.