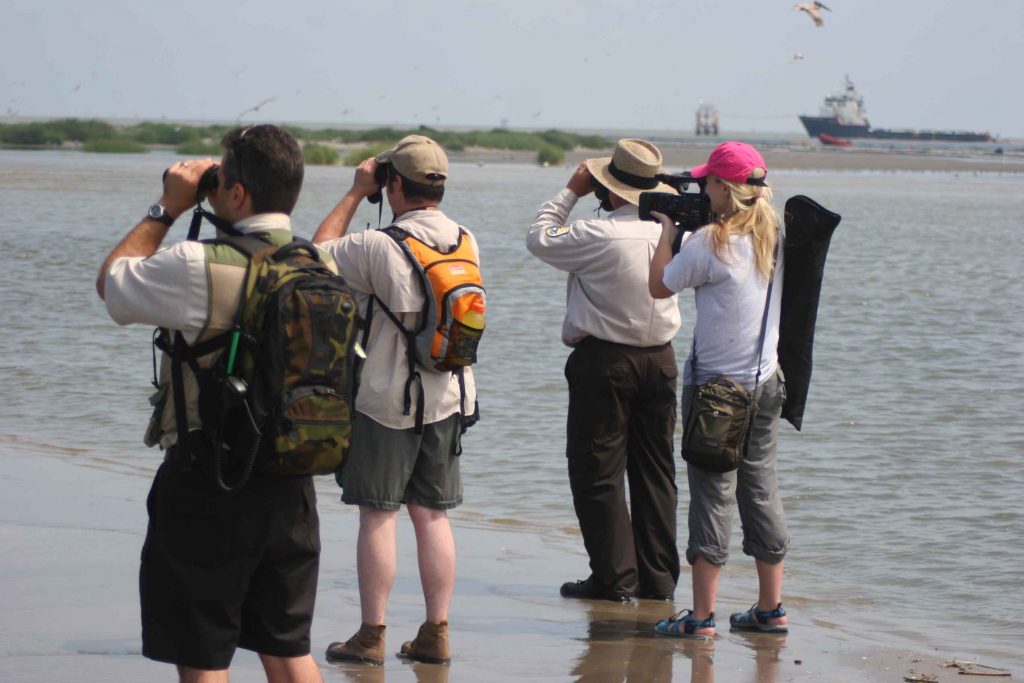 Some of us see birds every day, and some barely once a week, if that. To us, it may seem like just one of those things, but both experiences are equally important to ornithologists keeping track of the world from a bird’s eye perspective. Today we look at how your input has an impact on the world of bird study, and everything else.

If you were to search “how many species of bird are there”, then more often than not the official response is cited at 9,700. There are other numbers floating about the internet-sphere, with some estimating that there could be around 20,000, more than twice of what we know to exist, but as we say, that’s just an estimate. For the time being, scientists on the whole agree that those we have categorised and studied amount to 9,700, or, to be more lenient, often cited as “about 10,000”.

Then I pause to think about how I would go about answering the question.

All well and good, ask this question on any search engine and this is what you get back. However, if you have ever searched for “how many birds are there in the world”, like me, you may have come back disappointed. I have tried to find out this very thing on numerous occasions and been a little perplexed that in this day and age the question hadn’t been answered.

We can put people on the moon, but we don’t know how many birds there are? What kind of scientists are out there? Then I pause to think about how I would go about answering the question, realise I’ve gone numb, then wait for my brain to uncoil and get on with simpler tasks like putting the laundry out.

Ergo, that question has been largely unanswered: until now. In May 2021, biologists and ecologists Corey T. Callaghan, Shinichi Nakagawa, and William K. Cornwell published their paper in the Proceedings of the National Academy of Sciences of the USA declaring that there were at least 50 billion, (an average of 6 birds for every human) and could be as many as 430 billion.

That’s quite a gap, but I think we’ll let them off this time. Given the fact that birds rarely stay still or hang out in the open, can fly away and many happen to live in very inaccessible places, this kind of study is always going to be an estimate.

The numbers themselves have been reached by a meticulous methodology, but the question now is, how did three people count all those birds? Well of course they didn’t, not on their own.

For hundreds of years people all over the world have studied native and non-native species, many specialising in a particular species or family of birds, and they have kept track of population numbers.

But there’s only so much a few people can do.

But there’s only so much a few people can do, no matter how long they have done it for; as one of the researchers, Cornwell said, "The world is a big place and it's just not possible for professional scientists to get to all those places”. That’s where we come in. That’s right: you, me, them, everybody. Citizens of the world can be scientists too.

The paper that aimed to answer the ‘how many birds’ question would not have been possible were it not for us. Citizen science is one of the most valued assets in the life of every ecologist, evolutionary biologist and conservationist, to name but a few of the professions dedicated to understanding and learning from our natural world.

The wealth of information that has been voluntarily contributed by the everyday humble human from all walks of life in every habitat has been crucial. And it turns out we’re getting better at it, quite possibly because of the advent of more accessible and affordable devices and apps that we can submit our findings on, also because more and more of us are doing it, especially recently when so many found we had more time on our hands than expected, and took to watching the birds in our thousands; and possibly because we are becoming more aware of our detrimental impact on the world and the urgent need to do something about it.

In the past ten years alone, global databases of bird counts have been inundated with vital input.

The team used information stored on three major databases: the Partners in Flight Population Estimates Database, British Trust for Ornithology, and the BirdLife International Data Zone, then combined all that with information that had been submitted to eBird, the world’s largest database for citizen amateur (and professional) birdwatchers. The results proved to be pleasingly aligned, with citizen input making up for many shortfalls in data that was lacking from the “professionals”.

This kind of collaborative approach to ornithology and conservation is the way forward.

Of course there are flaws in the study and the researchers are very open about them, not least that they could only cover 92% of the world’s species, along with the fact that there is a margin of error to be accounted for in the citizen information, in terms of taxonomy or accuracy; but there is no doubt in any of their minds that this kind of collaborative approach to ornithology and conservation is the way forward, and when flaws are laid bare, the only logical thing to do is improve upon them: identify the gaps, and you can set about filling them in.

One conclusion that this remarkable study did reach was that, contrary to what we may perceive as an oxymoron of sorts, there are more rare species out there than common ones; that is: there are only four species who have over a billion individuals, but many thousands who comprise very few individuals.

It may be no surprise to learn that the most abundant species in the world is the house sparrow, with around 1.6billion of them, followed by the European starling – 1.3billion of them, most of whom were stripping my cherry trees last summer.

Together or apart, you count

The unbiased nature of citizen science is a noteworthy aspect, plus the fact that many of us will provide data on species that are perhaps more “ignored” by the science world, given their commonality and accessibility, but are no less key to understanding the mechanisms that drive bird populations.ž

One of the most successful accomplishments by bird monitoring organisations and the public is the annual push for a mass count at a set time of the year, every year, helping build a picture of what we see every day, in the urban environment particularly.

Free events like the UK’s Big Garden Birdwatch, USA’s and Canada’s Great Backyard Bird Count, and the Aussie Backyard Bird Count are exceptionally well organised affairs with ample resources and fun activities to engage everyone in something truly spectacular.

When you are birdwatching at any other time of the year, you can also submit as many sightings as you like when you like to eBird, a very user-friendly interface, and you can also see what other bird enthusiasts in your area or further afield have spotted too, just in case you fancy notching another species to your list.

You have to create an account, but it’s free, and you can upload photographs and videos too which are incredibly useful when it comes to correct identification, no matter how blurry or shaky. The amateur and the professional, the citizen and the scientist, all are complementary.

What cannot be downplayed about being a part of citizen science is the overall health aspect of doing something like this, something worthwhile; even if there is no apparent purpose to our birdwatching, we readily admit that great peace and physical and emotional rest can be derived from birdwatching.

If you join a local bird survey, bird ringing or banding group, or birdwatch on your own terms, remember it’s not just about the numbers. The objective is indeed worthy, but so is the taking part.

So many people have relayed their surprised pleasure at how community-oriented a group bird count is, how easily friends are made, how something so simple as donning some boots and good outdoor clothing, and carrying little more than a pair of binoculars, a notebook and some sandwiches, can bring everyone in the group together over their shared, quiet intent to give something back to the creatures that bring them unquantifiable joy.

And if there are no counts or surveys happening in your area for some reason (pandemic, anyone?), you are unable or simply don’t wish to join them, your individual contribution is no less important than a joint effort.

Every bird in the world matters; every single one. And who else is going to say it is there, if not you?