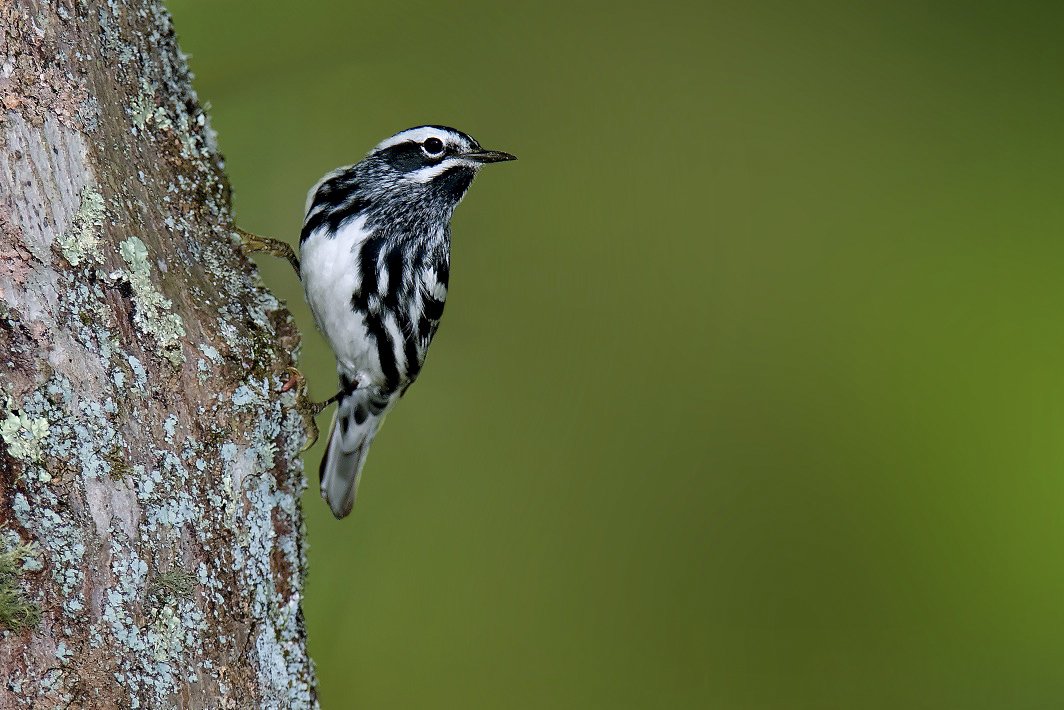 Sometimes, life is just black and white, at least for the birds we’re going to take a look at in today’s post. With the huge range of plumage colours out there, some birds are often overlooked as being boring or not showy enough, but we think that these birds are simply stunning in their understated attire. You may even get them at your feeders, too.

So many birds in the world display all the colours of the rainbow, even colours we don’t have a name for yet (if you think that sounds odd, take a read of this article about the word for the colour we now call blue – how many other colours do we not “see” simply because we haven’t named them?).

Such flamboyant and multicoloured birds like the scarlet macaw, the Gouldian finch, and the rainbow lorikeet deservedly earn their praise for their plumage, but they get enough limelight all over the internet. There are those birds who are just black and white, and in the world of science, those aren’t even colours, but shades.

Let’s take a look at some of our more duotone avian allies.

The black and white warbler

Naming traditions can be a little pedestrian sometimes, but at least you know what you’re looking at. This medium-sized New World warbler goes all out with its smart dress code. Those stripes and streaks are all over its body, save for the snow-white belly, and they average around 12cm in length.

This medium-sized New World warbler goes all out with its smart dress code.

Their thin, squeaky yet penetrating song is one of the first signs of Spring, and they breed in northern and eastern North America, and winter in Florida, Central America, and the West Indies down to Peru. They behave like nuthatches, probing the bark of trees for insects, and can be very territorial, taking on other songbirds like chickadees and redstarts for nesting sites.

Because of their vocalisations and this less than shy behaviour, you can usually spot them among the tree branches. They haven’t been known to come to feeders until relatively recently, with some reporting sightings of taking peanuts, despite being insectivorous, and others saying they have seen them fly up to and pluck the ants that congregate around the sugary base of their hummingbird feeders.

These black and white birds are often confused for each other: the Downy and Hairy woodpeckers. The one in our picture is a Downy, and they are the smallest woodpecker in North America, just a bit bigger than a nuthatch.

Hairy woodpeckers are larger by about 50%, but a good way to distinguish between the two is take a look at their beaks – the Downy beak is short, about a third of the size of its head, barely coming past the chin, whereas the Hairy woodpecker bill protrudes further out, about the same length as the head, more spike-like.

These black and white birds are often confused for each other.

Downy woodpeckers will be the ones most likely to come to your feeders, too, especially if suet is on the menu, they love it. Hairy ones do too, but are shier. Both types live in cavities in dead trees, so if you have any stumps or dead or dying trees in your yard, leave these be as you are more likely to attract them when the season comes.

OK, we admit that both of these birds have that spot of red at the back of the head, but look at that glorious dappled and bold white on black plumage of the wings and the sparkling white chest.

The Eurasian magpie is thought to be among the cleverest birds in the world, one of the few non-mammal species able to recognise itself in the Mirror Test, and there are several well-documented instances of orphaned or rescued magpies settling in with human families.

The main bodies of their wings aren’t actually black, and depending on the angle of the light when you look at them, often give off a mesmerising petrol-blue and green shimmer, at other times a dark grey if light shines from behind.

These birds are known for their confident and often aggressive behaviour, and whilst you may not see them actually sat at your feeders, they will come to the ground below and fight off other ground-feeding birds trying to eat up any overspill.

They will also target the nests of small songbirds in breeding season, evoking strong condemnatory language from observers, despite it simply being in their nature.

These birds are known for their confident and often aggressive behaviour.

Other species of magpie are found in all temperate regions of the world, and even in the high elevations of Kashmir, but those birds known as magpies in Australia are in fact a type of butcherbird, and not a corvid like the others.

They are just as grand in their full black and white plumage, though, looking almost like the true magpie in reverse colour coding with their black chests, white beaks and white napes and backs, as you can see in our cover image.

Another Australian black and white bird that is worth taking a look at (although they won’t come to feeders) is the magpie-lark, which is actually a member of the monarch flycatcher family. What’s in a name, hey.

It may not be easy being green, some say blue birds don’t even exist, and yellow and red birds are so common they’re almost not worth mentioning. We would gladly stare at our humbug birds wherever and whatever they are, for as photographer Andri Cauldwell so beautifully said, “To see in colour is a delight for the eye but to see in black and white is a delight for the soul.”