Back to tales
Interviews
,

Arriving Late to the Bird Party 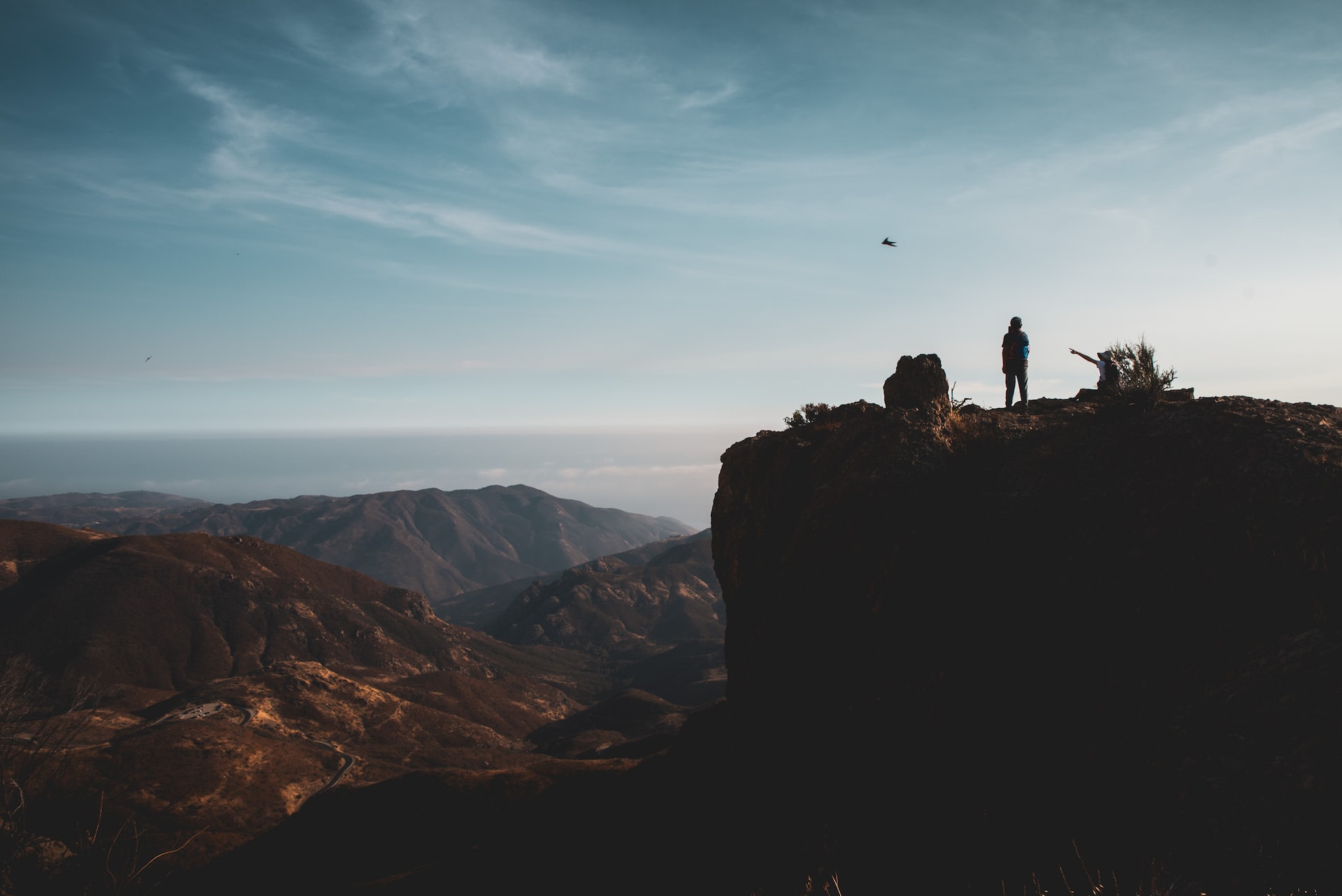 In today’s blog post we chat to a man who suddenly found himself alone with his time, and not sure what to do about it. Bored by birds in his childhood and teens, Jez was surprised to find that forty or so years later he may follow in his parent’s footsteps after all.

There are stages to the journey of birdwatching: personally, I remember loving the chilly and misty mornings of my childhood, trying to focus binoculars, hoping to be first to spot the identifying features and tell my dad before he could tick it off.

But then like so many other people I had a lapse in interest until just a few years ago, but at least I returned. Today we look at another part of the spectrum of birdwatching, and explore the reasons and motivations for someone coming to birdwatching much later in life.

Jez is a resident of southwest UK, Devon, to be precise, county of green lanes and rolling fields, coasts on both northern and southern ends, and home to some of the world’s most alluring birds, at least for some parts of the year.

These days, now a divorcé and adjusting to the coronavirus pandemic as we all have had to do, he fills his spare time (when he is not at work or on community radio) taking his trusty two-wheeled steed to those very hills and lanes, cycling for hours on end.

After purchasing a bridge camera some years ago, he very quickly realised that he was “quite good” at photography, and having mastered the functions and settings, he regularly brakes to a halt on his ramblings, thrusting creaking bike into the hedgerow and spending however long it takes to get a shot of anything that delights – gothic church cemeteries, furrowed ochre fields, and solitary winter trees, branches stark against the blue sky.

He also takes fantastic photographs of birds (all of the images in this post are by him),  those elusive masters of flight, shadowy and hidden to many of us, but not when Jez is around, it appears. He respects and admires his feathered subjects and rarely fails to show them in their best light. But it was never always thus…

“My interest in birds has only surfaced fairly recently”, he says, having found childhood trips to Britain’s east coast bird reserves with his parents as “unutterably tedious”. They worked “tirelessly” for the local RSPB group, his mother coordinating local fundraising sales, meaning their staircase and hallways were often filled with teetering cardboard boxes of bird-related merchandise.

“Tea towels, feeders, jigsaws, guides, and of course Christmas cards, all piled high. She would take orders from the local group members and then drive around with a boot-full of birdie booty; in a manner of speaking, I was surrounded by birds even in the house”.

He recalls his teenage years being interrupted at regular intervals by the “mechanically flat sound of cuckoos or kestrels emanating from the cheap bird-sound clock. Neither mum nor dad had managed to change the settings to ensure the hourly bird calls would cease at ungodly hours of the morning and night. My dad somehow found this highly amusing. Me, less so.”

Like many young boys and girls, Jez was more content to run amok outside, kick about a football or climb a gnarly tree, so how did he feel when he was taken off to go birdwatching?

“Standing in immobile huddles on a reserve with the chill wind whistling in from the North Sea was far from the lively activities I favoured. The day seemed to consist of people standing about in bleak marshy terrain staring fixedly into the near distance, picking out creatures which to me were just vague, ill-defined spots. The silence would occasionally be permeated with the definitive tone of expert knowledge being proudly put on display. The highlight for me was the unscrewing of the Thermos of Cup-a-Soup and the scoffing of sandwiches and crisps, and I was restless and no doubt irritatingly whiny throughout the day. Energetic racing around and loud excitability were definitely frowned upon by the ornithological day-trippers.”

His father took over running the local bird group, and eventually went on to be on the national council of the RSPB, becoming a “persistent pain in the backside for would-be developers on unglamorous but ecologically important sites”. Perhaps assimilating a social aspect that Jez feels his father usually felt awkward around, he likely was “much more at ease with people in the context of a formal event with a purpose, something he felt comfortable with, and knowledgeable about”.

He goes on: “Dad always saw himself as a leader and was very good at gathering people around him and making them feel a part of something. His oratorical powers, whilst sometimes veering towards the pompous, were undeniably commanding.”

Suspecting that this same commanding presence brought out his “rebellious streak”, Jez turned his back on the birds, believing himself to have “singularly failed to inherit the ornithological bug”, admitting there was a “wilful element” to this, whilst at the same time his own interests were developing: music, literature, film.

Now, many years later, he concedes that he does share his parents’ love for the birds after all, and that birds are “actually pretty bloody amazing”.

“At a low point in my life, I instinctively took to the country roads and byways on my bike. I subsequently realised that I was taking what Richard Mabey called the ‘nature cure’, getting away from my immediate environs and gaining perspective and mental and emotional space from a connection with the natural world. I became fascinated by local churches, and the quiet, contemplative spaces they provide. I loved seeing the birds in the yew trees or flitting down to perch on the gravestones. What I really enjoyed was the stillness of watching, of concentrated observation. Birds are an ideal focus for immersing yourself in the natural world. They are often the notable moving elements in any landscape, the shadows you see from the corner of your eye, flickering in between the reeds or amongst the branches.”

He has found that the photography aspect of birdwatching enhances the experience and helps immeasurably in his learning. Coming so late to the bird party, correct bird identification is not at the forefront of Jez’s knowledge, although he does very well at educated guesses after having consulted with friends and colleagues over recent past, and poring through his guides which he now owns.

Posting his photos on social media and inviting people to help out with the ID is something he is more than happy to do, which also attracts the odd spark of jealousy: “Occasionally, I would come across something quite unusual (a crossbill, a Cetti’s warbler or a spoonbill) which would leave my birding pals fuming. How could I, a know-nothing bumbler, stumble across such rare treasures in such an infuriatingly unknowing way. Their exasperation made me chuckle to myself in a slightly deranged and evil tenor.”

Jez believes he recognised the moment when he had inherited his parents’ enthusiasm for birds. “I think it was when I spotted avocets on the Exe Estuary. Avocets are a very emblematic bird. I felt a genuine thrill when I saw them feeding along the estuary tideline and was able to get a number of pictures of their graceful progress. The RSPB uses the avocet as a symbol because of its aesthetic perfection, but also because it is one of the great conservation successes of the post-war years. Having been extinct for over a century in Britain, they returned to colonise a newly flooded area of East Anglia in 1947. And where was that particular area, I hear you ask? Why, it was Minsmere, the very reserve which had bored the crap out of me as a child. I now await the return of the avocets to the Exe Estuary each winter with anticipation, and regard my first sighting as a key moment in the passing year. I feel a keen sense of connection with my parents when I see them.”

Jez remarks that birds symbolise the human soul or the conveying of them to the celestial realms in many folklores across the world, and muses that it does seem appropriate that birds would represent this connection – birds are “are ever-present but at the same time remote – a telling metaphor for the elusive nature of memory. But also, a kind of shared vision, which might make the connection across time; perhaps even ignite a spark of interest in the mind of that bored little boy.”

His favourite bird is the crow, or the crow family in general, noting that this may be a strange choice for some, with the lack of showy plumage, dark mythology and morbid associations. It is perhaps this gothic horror association which attracts him, he says.

“But it is also a case of finding endless fascination in the everyday. Because wherever people go, crows go too. I love photographing them. They make excellent silhouettes against any number of backgrounds.

And observing them reveals how intelligent and full of character they are. Their hop-skip walk is delightfully comical, and I love it when the sun catches those black feathers, too, and reveals a gorgeous blue sheen”.

The fascinated man now grown from the boy once bored, Jez reflects on his parent’s dedication to their cause, and completely understands their motives.

“Perhaps that passing on of knowledge and enthusiasm was always lying latent, waiting for the right moment of psychological and emotional maturation to emerge. On my shelves I now have two commemorative pieces of crystal: one is a solid little pillar inscribed with the name Michael Winship, an award in ‘Civic Recognition of Outstanding Achievement’. The other is a notably larger bowl with the name Carole Winship etched into its rim, under which is written ‘in recognition of her dedication and hard work for the RSPB with warmest gratitude from Bexley Members Group’. The bowl makes a beautiful ringing tone when struck, clear and resonant. The music of the blue heavens through which the birds soar.”