Back to tales
Art
,
Literature
, 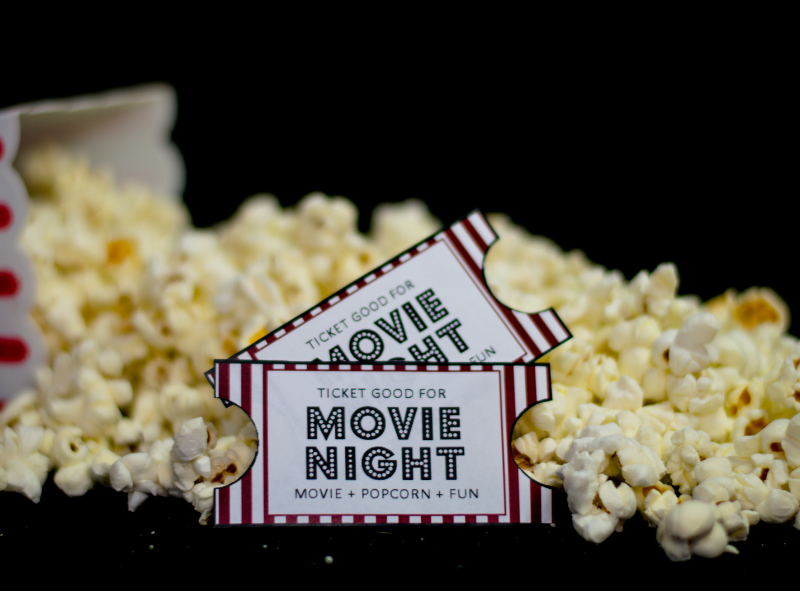 Birds have featured on the big screen since cinema began, and rightly so. Here, we look at a few of the more obvious ones we’ve all heard of and some that, as a bird lover, you really should see.

Not only are they always fascinating to look at, the cinematography that can be achieved from following a bird in flight is next to none. Most of the films below all feature outstanding camera work, although one is animation, with the birds no less lovingly portrayed.

If you get a chance to see any of these films on a big screen, if a local art house is showing them, or maybe you can get your hands on a projector and a big white wall, we strongly recommend it, but small screens are just as good too. So, without further ado, let’s run through some of our favourite bird films.

We may as well get this one out of the way. Undeniably a major influence on the horror genre, this film doesn’t exactly place our friends in a good light, but that’s Hollywood for you. Consider what Jaws did for the shark’s reputation.

Whilst the film does employ many special effects, the birds used in most of the “attacking” scenes are real, with the gulls, ravens and sparrows having been caught and trained by renowned Hollywood Animal Trainer, Ray Berwick. Raw meat would be applied to camera lenses for some of those ‘in your face’ points of view, whilst other birds would be tethered to the collars of the actors, flapping frantically over their heads for the desired shot.

Based on a short story by Daphne du Maurier, although most major elements are changed and the ending is not as bleak as du Maurier’s, The Birds tells a sorry tale of pursuit and punishment, self-absorption and complacency, love and violence. It’s not to everyone’s taste, but a list of bird films is glaringly incomplete without this one.

Again, this film features on many a compiler’s lists, as it should, earning its place in the hearts of many over the years. Released in 1969, it was recently voted the 7th Greatest British Film of the 20th Century. Director Ken Loach, known for his gritty, working class, “kitchen sink” dramas, deftly transposes the short story A Kestrel for a Knave by Barry Hines to the silver screen.

An opportunity to (however briefly) watch a young boy and his bird rise above.

All of the elements of despair and hope are in this film: poverty, poor educational prospects, abusive relatives, having to steal to survive, death; friendship, trust, transcendence, freedom, life. It is one of the most beautifully stark films ever to have been made, and whilst the lump in the throat never really leaves, an opportunity to (however briefly) watch a young boy and his bird rise above the soul-crushing powers of socio-economics should never be missed.

Based on a true story, this 1996 Oscar nominated release is a joy to watch, following inventor and sculptor Thomas Alden and his estranged daughter Amy as they navigate grief-stricken reunion and seemingly impossible adventure through the science of migration.

‍Amy, having secretly incubated some goose eggs she found in an abandoned nest, is horrified to learn that to keep the feisty goslings until adulthood, they will need to have their wings clipped, something she will not allow.

The geese will therefore feel the need to migrate when the time comes, and if they don’t leave, they will die. But having imprinted on Amy since birth, they follow her everywhere, despite Thomas’ best efforts at getting them to learn their migratory routes.

What follows is a visually beautiful soul-soaring tale of risk, disaster, standing up to bullish autocrats, and literally learning how to fly. Winning the 1997 Broadcast Film Critics Association Critics Choice Award as the Best Family Film, one reviewer summed it up thus: “[the director] turns a potentially treacly children's film into an exhilarating 90's fable."

Known in English as “Willy the Sparrow”, this 1989 animated Hungarian film was released to prize-winning critical acclaim, with the English version following over a decade later, directed by Scott Murphy and released on DVD in 2004. Ostensibly a morality lesson about respecting living things, this action-packed beautifully scored tale of friendship, peril, bargaining and redemption has everything you need for a fun hour and a half, with or without the kids.

‍The animation of both versions is the same, with a few negligible scenes cut in the later one. We found this difference a bit amusing though: in the original version, the lyrics of the Hungarian song at the end are all about how time passes in a bleak palette of grey, there are no miracles, and your dreams can never be real.

In the English version, the song was replaced by another song about how amazing flying is.It’s got spray-can fairy magic, evil cats, wise old sparrows, negligent parenting, and a couple of alcoholic rats. What’s not to love?

Although deemed a commercial failure, many love this film, us included. As discussed in another post, a Big Year is a competition for birders, held all over the world, although it actually began in 1930’s USA.

Holding no surprises, it’s a tame but warm exploration of the almost fanatical side of birding.

This comedic yarn about competitive men striving to outdo each other to see who can count the most individual species of birds in a calendar year is a pleasing yomp through North America.

Owen Wilson’s character obsessively guards his title, but struggles with his personal life and the perfectly reasonable demands of his third – third – wife, who tells him his obsession wrecked his first two marriages.

‍Steve Martin and Jack Black buddy up during the competition and, whilst equally obsessed with scoring points, have the time in their heads and hearts to explore the other elements to the meaning of life.

‍Holding no surprises, it’s a tame but warm exploration of the almost fanatical side of birding, thankfully never stooping to caricatures, and managing to keep an earthy balance and appreciation of why some birders do what they do. We all love seeing new species and finding out about yet more fascinating birds, and let’s face it, would likely jump at the chance to travel a continent just looking at birds.

This list was meant to stop at 5, but we couldn’t not include this 2019 absolute heart-wrencher of a film. Like Kes, this is a coming-of-age story. The love and let go relationships between children and animals are often exploited in films, but this one is gratefully saccharine-free.

If only for the breath-taking cinematography, this film is a cerebral wonder, and the coastline of southern Australia is not only a backdrop, but a lead character. Geoffrey Rush briefly stars as an old man experiencing visions he can’t explain, until he begins to recall his childhood…

Living in a shack on a beach and governed by a materialism-hating dad-with-a-back-story, Mike adopts an orphaned pelican, and calls him Mr. Percival. The respect is already showing in the name choice. Interwoven with oceanic drama, Aboriginal lore and some of the finest pelican acting we’ve ever seen, we strongly urge you to seek this one out. We would also love to have seen how the animal wranglers managed to teach Mr. Percival how to play catch.

Seek and ye shall find

This list could easily have been 20 films long. Many films worth watching are sadly very hard to access, but they are still out there. During the research of this article, it became clear there are lots of wonderful films out there with birds or the love of birds as a central and life-affirming theme, but not much fanfare about them. It is perhaps a niche market 😊

Worthy mentions are The Falcons (1970), Brothers of the Wind (2015), Paulie (1998), and A Birder’s Guide to Everything (2013). Of course, there are the commercially targeted crowd-pleasers like Rio, Happy Feet and Chicken Run, films very much of their genre and wonderful to boot, no less important with their themes of bonding and moral values, offering an unparalleled visual treat on a duvet day.

We hope you’ve been inspired by our offerings, and do let us know if there is a film not mentioned here that is close to your birding heart, and we will add it to our own list.