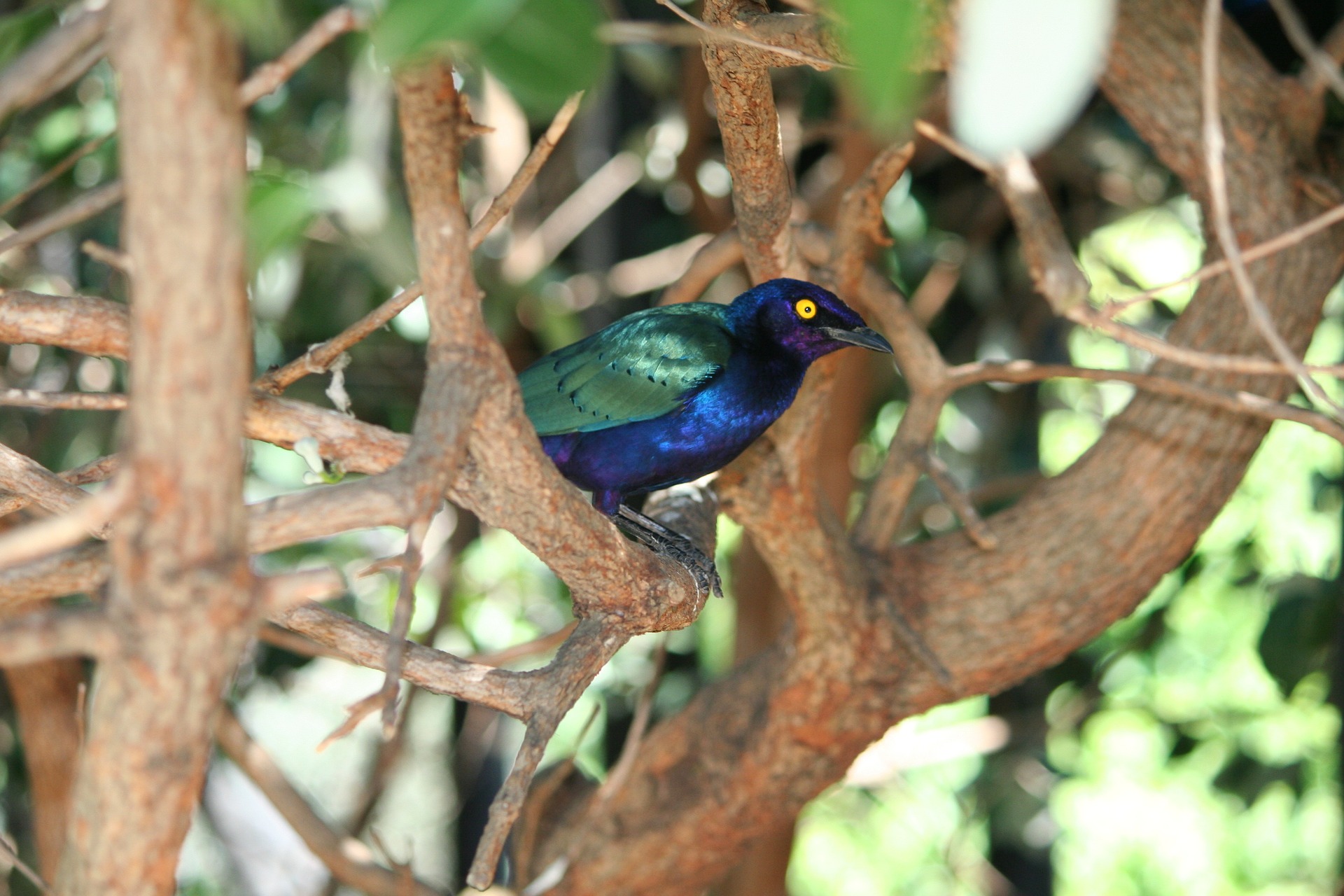 In the forests, swamps and mountains of New Guinea and a little beyond there lurk some amazing and secretive birds, unlike any other on the planet. Sporting feathers that are too long or inflexible for flight, they can change shape and colour at will; and their unique beauty is all down to the females

Off the coast of Australia’s Queensland and Northern Territory lies the island of New Guinea. Around 25 million years ago once the supercontinent Gondwanaland had fractured and drifted apart, tectonic plate collisions created this land mass and the Torres Strait that separates it from Australia, buckling up and down like a massive accordion made of volcanic rock.

These colourful works of living art are indeed related to crows.

The rock settled and cooled, and over time vegetation began to take hold by seeds dispersed on the winds over the relatively short ocean passage from mainland Australia.

As the crow flies

About a million years later, birds from the corvid family were either similarly blown across like seeds, or having hitched a ride on some flotsam, reached the shores of this new land, and unable to get back, set up home. Fast forward a few billion generations and you have the birds of paradise.

These colourful works of living art are indeed related to crows, but quite how so many of them, save for a handful of species, look so different to our drab and darkened clever friends is all down to sexual selection and speciation.

The mechanisms of speciation are complicated, but put simply go something like this: birds in group A settle on the western beaches of an island.

Over time, territory and food competition force some to split off and form group A2, who move northwards and inhabit the slopes of a mountain. Geological changes to the environment – a lava flow here, a river bursting forth there – separates A1 from A2 permanently and they no longer take or have the opportunity to breed together, and a combination of different food and weather conditions fuelled by narrowed gene selection triggers evolutionary shifts that creates an entirely new species, bird group B.

These feathers have nothing to do with flight, insulation or protection.

Some birds from group B then head to the eastern forests and swamps of the island, and the same thing happens to create bird group B2, who then evolve to become bird group C, and so on.

These changes take millions of years and occur through countless generations, but this entire process can be seen in the resultant microcosm of the 15 genera comprising 39 species of birds of paradise that inhabit New Guinea, the surrounding islands, and the coastal forests of eastern Australia.

This speciation has led to common characteristics amongst the family, notably loud and often eerie calls, amazing plumage, and a fabulous array of dance moves. Given the far-flung habitat and the nature of the terrain they inhabit, birds of paradise are still somewhat unknown, with research into their genetics and behaviours being relatively young in the field.

What we do know, however, is that their common characteristics are all down to how the women select their men-folk, which we’ll discuss later on. The visually notable thing about birds of paradise is the eye-popping range of different styles and colours of plumage on offer.

It’s hard to believe they are descended from crows, although a handful of species do still exhibit the glossy black body plumage, especially in the aptly named Paradise-crow and many manucodes.

But you are sure to find a rainbow of hues in many birds of paradise, either due to their pigmentation or to their structural colouring and iridescence, also a feature of many hummingbirds. What may look drab and flat one minute can be instantly transformed into petrol purple, shining silver and eye-watering cyan and turquoise, depending on where you are viewing from and where the light comes from.

The male Wilson's bird of paradise sports more colours than any other bird in the family, with its startling bald head, patchworked vibrant light blue and black; the rest is an astonishing overall back plumage of red, yellow, and black feathers, they have bright blue feet, a pale-yellow inner mouth, and an emerald green breastplate.

But note the tail feathers in the image – birds of paradise often sport extraordinary feathers known as wires or streamers: head streamers can be up to a metre long such as on the King of Saxony bird; tail wires or streamers can be thin and straight as seen on the Twelve-wired bird, or hang down in flat slightly splayed fronds as with the Ribbon-tailed astrapia, or the Black sicklebill; or as with Wilson’s, curl inwards and shimmer and shift with each movement.

What is remarkable about all of this display plumage is it is just that – its function serves only to be eye-catching, and these feathers have nothing to do with flight, insulation or protection. Each feather on every bird in the world has a set of muscles at the base so that they can move them individually depending on the wind, sun, for preening and so on, but these glamour birds only use them for mesmerising effect in their courtship dances.

Structurally, most of the display plumage is unlike any other feather out there; some are fused into blades, as with the head streamers of the Western parotia. The iridescent breast feathers of Lawes's parotia have boomerang shaped barbules, not seen before in any species, and this allows them to change colour instantly from yellow to blue with the slightest muscle twitch.

Some birds use this ability to “shape shift” in their dances, like the Superb bird of paradise who finds a fallen log upon which to transform his shape into a wide, dark oval with an iridescent “smiley face”.

Hopping about, he flips up a turquoise chest frill, and when the ladies arrive, arranges his feathers to a rigid fan shape and “snaps” his wings up and down, tottering about in a rapid side to side movement in front of his potential mate.

Courtship dances of birds of paradise are indeed a sight to behold, if you are fortunate enough to witness one. Most employ the use of a podium in the form of a branch or vine, and some perform in a lek, a self-styled arena.

The location is designed to do one thing: provide perfect viewing from all angles. Whilst the male is often in full view, the females will be lurking about somewhere unseen, at least for the first few hours.

The dances almost always start with loud calls to summon the audience from wherever they are skulking. This can attract other males too, either to watch and learn or to try and muscle in on the action. Species who dance in the treetops actually have less flamboyant moves than those on the ground, perhaps because it’s a bit risky up there, but they will have louder and more complex notes to their far-reaching calls.

Ground displaying birds will have fewer vocalisations and some are completely silent as they strut and shimmy, plus their overall plumage tends to be less showy, but what they lack in hue and cry they more than make up for in some outrageous scene-stealing body-popping.

It is precisely because of this female-focussed sexual selection as to why birds of paradise have evolved these elaborate dance moves and highly ornate plumage – the female of the species is more choosy than the male. It needs to take a lot to impress the ladies out there.

Many years ago, the head streamers of the King of Saxony were probably a few inches shorter, the swoosh of the Victoria’s riflebird’s wings and beak a little slower, the head wobbles of the six-plumed bird less neck jarring.

Because females choose their mates based on more than one trait, the males have had to customise their solutions to finding a mate, becoming more and more “fancier” packages as time marches on.

The patterns and colours of the feathers, the snazzy dance routine and the ear-piercing squawks will only become more and more reinforced with each generation. It would be fascinating to be able to see just what they come up with in a few more billion generations.