On the Wings of Love 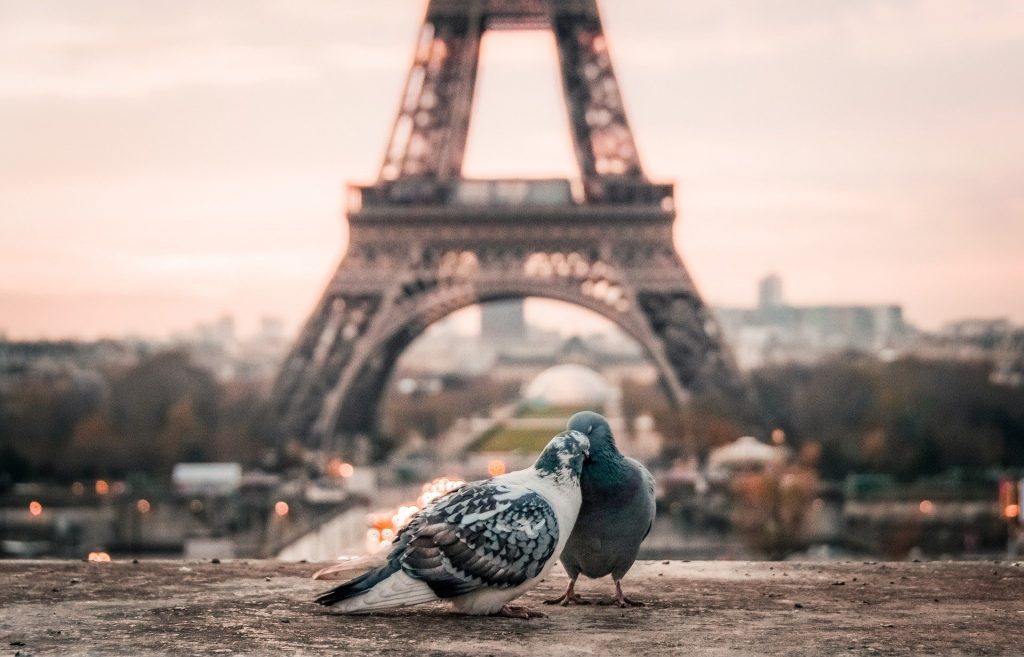 Valentine’s Day cards are peppered with love hearts, flowers, and birds. Lots and lots of birds, all swooning into each other’s wings and blinking romantically into each other’s eyes. Birds have been associated with undying love for an age, but how true is this?

Love as old as time

Since medieval times, February the 14th has been the day when the birds are said to get together, and breeding season officially begins. Geoffrey Chaucer’s Parlement of Foules is a 700-line poem written between 1340 and 1400 and is considered to be the earliest reference to St. Valentine’s Day being reserved for lovers in English literature.

A line in the poem indeed asserts that the 14th is the actual day when all birds pair up, which explains why they now adorn greeting cards and tokens of love typically distributed by hopeful, sometimes anonymous suitors on this most romantic of days.

Whilst a handful of birds do start their breeding season in February, most wait a bit longer until early spring and on into the summer to ensure food is in abundance for their chicks. It is now thought that the onset of birdsong after the harsh winter signified this alleged union of feathers.

One species whose appearance is notable is the dove, an enduring symbol of life-long love. Doves do indeed mate for life, but they are also one of the many animals chosen to represent Aphrodite, the Greek goddess of love (and Venus, the Roman equivalent). Most archaeologists agree that Aphrodite originated as Inanna-Ishtar of Mesopotamia; the Greek word for dove is peristerá, which is thought to derive from the Semitic phrase perah Ishtar, which means bird of Ishtar.

There was a profitable side-line in love potions concocted using the hearts of doves.

As male doves also take part in looking after the nestlings, they also represent devotion and loyalty. Indeed, such was the belief that doves could bring you everlasting romance, during the Middle Ages there was a profitable side-line in love potions concocted using the hearts of doves, which does seem a little unfair on those doves who were, one supposes, otherwise happily paired for life.

Why are birds associated with Valentine's Day? Discover seven of the most popular feathered symbols of romance. Read more here!

Looking at the majority of bird species, research has found that there are broadly three types of breeding relationship: mate once then dad abandons mom and the kids; mate once but separate amicably after the kids have been raised; mate many times, staying together after the kids have fled the nest, often for several seasons or even ‘til death do us part.

We are somewhat delighted to say that over 90% of bird species fall into this final category, which is quite frankly an astounding statistic, not replicated in any other animal community in the world.

A popular theory among humans trying to fathom out the secrets of the heart states that opposites attract, qualities we lack in ourselves can be remedied by seeking them out in others, and the balance is complete. Whilst this may be true for many of us, it doesn’t appear to be the driver behind long-term bird relationships.

‍Those species that do form long-lasting pair bonds are on the whole monomorphic; that is, there are no visible differences in plumage: males and females look the same. So, what do they base their choice on, if not for the showy brilliant colours, flicking absurdly long tail feathers and fancy-pants facial markings? It is thought that these birds employ the method of assortative mating: like marries like. There is strong supporting evidence that it’s what’s inside that counts – personality.

Birds will forego food if it is a choice between that and staying with their partners.

People who own birds will attest that their pets do indeed have singular personalities, they can be grumpy, silly, argumentative, fun-loving and so on, and some cockatiel breeders now use personality assessments to find the perfect couple. During research in this area, birds who were “forced” together have shown greater incompatibility and breeding has been a failure, often with zero interaction between the birds, let alone a shy glance.

Zebra finches who have been matched using assessment methods have also taken it a step further: despite the initial pairing seeming to go well, when left alone to mingle with other likely candidates, they have sought out alternative partners, narrowing down the broader positives into a finely honed match. What must they talk about?

Of course, it’s worth bearing in mind that love does not equal sex and kids. Many birds, especially those with longer life spans like parrots and corvids, take years to reach sexual maturity, with those hormonal drivers far from surfacing, but companionship is sought out nonetheless.

Bonds are strengthened over the years preceding mating with preening, roosting and foraging together. The female kookaburra chooses a mate for life, but perhaps a little cheekily, does make the male perform his courtship dance every year anyway.

The food of love?

According to a study by Oxford University’s Department of Zoology, birds will forego food if it is a choice between that and staying with their partners. The experiment that gave researchers reasons to come to this conclusion was carried out on mated pairs of great tits who were actively prevented from foraging for food in the same location.

It’s what is inside that counts

The experiments were carried out in the University’s adjacent research facility woodland, Wytham Woods (which also has its own Twitter account). Automated feeders were activated, or not, by radio frequencies emitted from the ID tags on each bird’s leg; not on the list, you’re not coming in: males were only permitted to use some whilst females were only permitted to use others, and if both birds went to the same feeder, it wouldn’t open.

The researchers found that even though individuals had figured out which feeders opened for them and which didn’t, the pairs would stay together at just the one feeder, even though it wouldn’t open for either.

They seemed to prefer being close to each other with no food instead of apart with some. Over time, they learnt that if one kept a bit further away, the feeders stayed open for 2 seconds after releasing food, and they would leap in and get what they could, even though plentiful food was available to them elsewhere.

Birds can indeed show us a lot about love, bonding, sharing the tough responsibilities, and that finding the perfect match isn’t necessarily about looks. However, and please know I only speak for myself here, but maybe my love bond isn’t as strong as it could be because if it were me, I would be over at my feeder all day.