Sleeping To Survive – Birds Who Hibernate In Winter 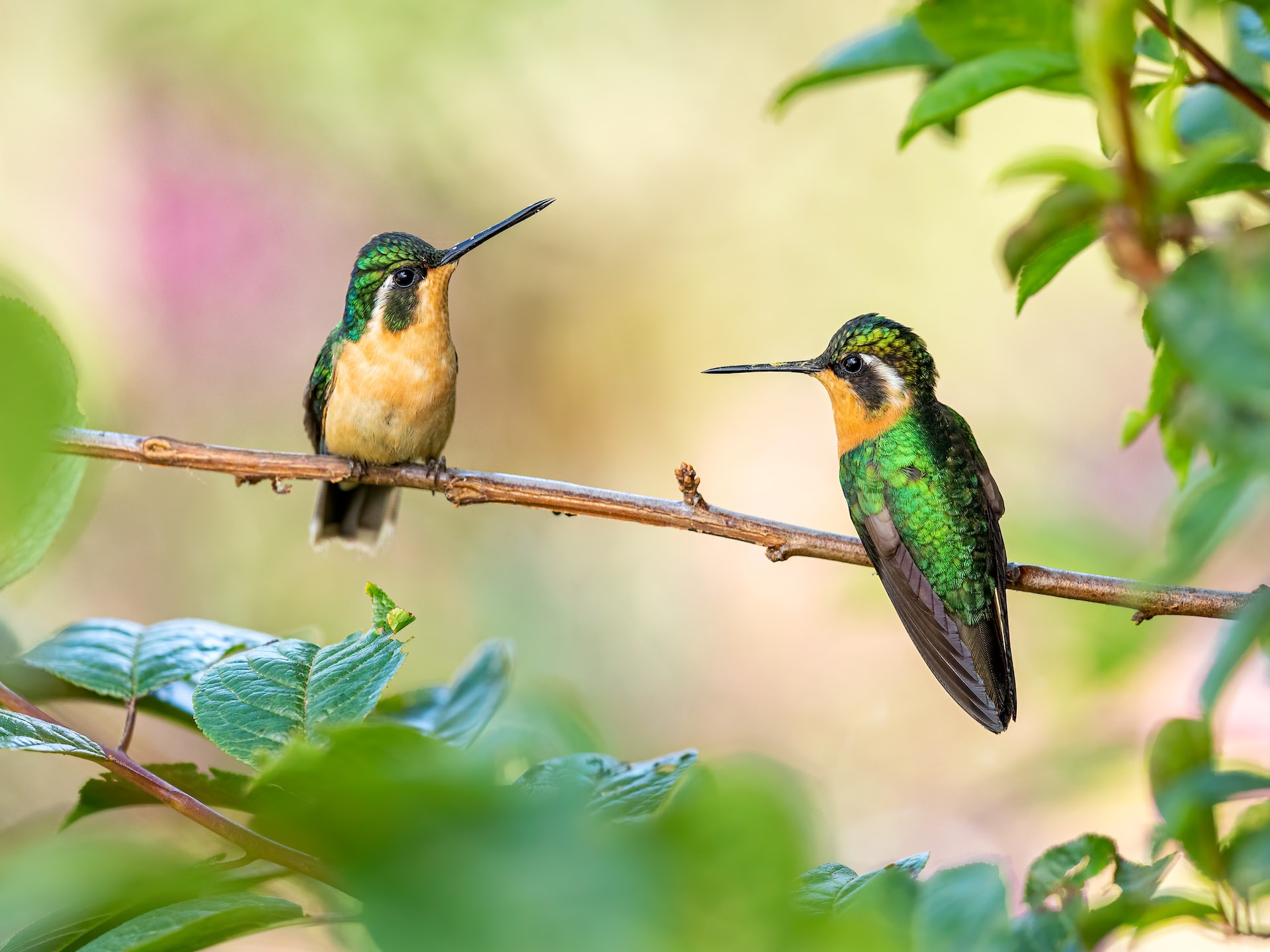 We all know about mammals that “hibernate”: the dormice, hedgehogs and bears, lucky enough to cruise through the coldest season and wake up when it’s all warm and green again. But did you know that some birds can also get themselves into a zoned out Zen mode?

Winter can be a hard time for many birds, and making sure they have access to food is very important, but very hard.

Some birds simply won’t bother putting themselves through the months-long torture of the day-to-day risk of finding food and trying to stay warm at night, so they will migrate to warmer countries, preferring to put themselves through the relatively less dangerous weeks of flight for thousands of miles, if a warm and food-abundant home is at the end of it.

The resident birds who choose to weather it out use various strategies to survive, and hang on in there for a better chance of maintaining their breeding territory in the spring.

But a small amount of these resident birds will use a more intriguing method of getting through – torpor.

Animals who can do this just sort of exist in a comatose state.

To enter a state of torpor, an animal’s body temperature lowers, slowing their heart rate, which slows down their metabolism, sometimes by up to 95%. This conserves energy - fewer calories are needed to carry out functions like respiration and blood circulation.

In effect, animals who can do this just sort of exist in a comatose state, until such a time that they are roused by external factors back to full consciousness and normal metabolic rates.

It does help animals survive the cold and so is most frequently used in the winter, but it is also a tactic that can be used at any time of extremeweather. It has also been seen to occur if food resources become scarce, in times of drought, for example.

Whilst this does help them survive the elements, it does however render animals highly vulnerable to predators, as their reactions to any danger will be much slower, if at all.

Do bears sleep in the woods?

This state of being is very similar to a word we use for some mammals – hibernation. True hibernation once referred to only a short list of animals such as hedgehogs, deer mice, ground squirrels, bees, and some bats, but today, the term has been redefined to include some animals that really enter torpor.

Bears, raccoons, and skunks are all "light hibernators" that use torpor to survive the winter, but these days we refer to them as hibernating, despite the fact they can wake several times and perform basic if slow functions like defecation.

Torpor can be exceedingly short-lived, lasting only a few minutes to a few hours.

But whilst hibernation is torpor, it is important to remember that torpor is not hibernation. Torpor can be exceedingly short-lived, lasting only a few minutes to a few hours, and can happen at any time of the year depending on external stimuli, whereas hibernation is a long-term state of reduced metabolic activity and often lasts weeks at a time, and is a seasonal condition.

Hibernation is also a voluntary act, but torpor occurs as a result of outside conditions.

Torpor is usually only a short-term solution to allow birds to survive cold nights, helping them stay healthier because they are conserving energy that they will need for foraging, preening and staying alert at another time.

It is a commonly used survival strategy in a number of bird families across the world such as the hummingbirds, nightjars and swifts.

Being among the smallest of all birds, humming birds also lack down, the insulating feathers that are typical for many other bird species. Combine that with their tiny body size, hummingbirds rapidly lose heat.

Even when asleep, hummingbirds have huge demands that must be met simply to survive the night when they can’t forage. During very cold nights, they enter torpor, lowering their core temperatures by astounding amounts, sometimes by as much as 33°C, in an attempt to match it to the outside air temperature as much as possible.

Their usually frantically beating hearts, at a normal rate of around 1,000 beats per minute, slow right down to 50 per minute. They can lock their feet onto a perch, and sometimes in this state they tip over, and have often been seen hanging upside down from feeders in the winter, but the physiology of the tendons in their feet keeps them attached. After about 20 minutes to an hour, they return to normal and fly away.

The Hopi tribe call it hölchko – The Sleeping One.

Swifts in the UK will migrate to Africa after the summer breeding season, when temperatures drop and insects no longer fill the air, but young swifts who fledged from later broods sometimes choose to stay, and will pass in and out of torpor, feeding on what they can when awake, until the weather improves in spring.

Only one bird species has been noted as truly hibernating - the common poorwill. It is the only bird known to go into torpor for more than a few days, often lasting between a few weeks to months, therefore it is deemed to hibernate.

It seems to have developed this unusual evolutionary advantage instead of migrating, but why it takes things further than every other type of bird that enters torpor is still a mystery. Hidden in the crevices of piles of rocks, the poorwill is a close cousin of the whip-poor-will, found in North America.

The Hopi tribe call it hölchko – The Sleeping One, and there are references to several hibernating in notes taken during the 1803-1806 Lewis and Clark Expedition when it passed through North Dakota.

Waking up from torpor in winter is triggered by the ambient temperature, and is a slow, staged process that can take about an hour, depending on the species. When aroused to wakefulness, a bird will shiver and sometimes shake violently, so that muscle contractions trigger heat.

This does use up a lot of energy, but the amount used is minimal compared to the amount saved during the much-reduced torporific state.

This fascinating strategy may have its pitfalls like vulnerability to predation, but given the choice between flapping about trying to find food every minute of every day, to having a long deep snooze every now and again, we know which we’d choose.