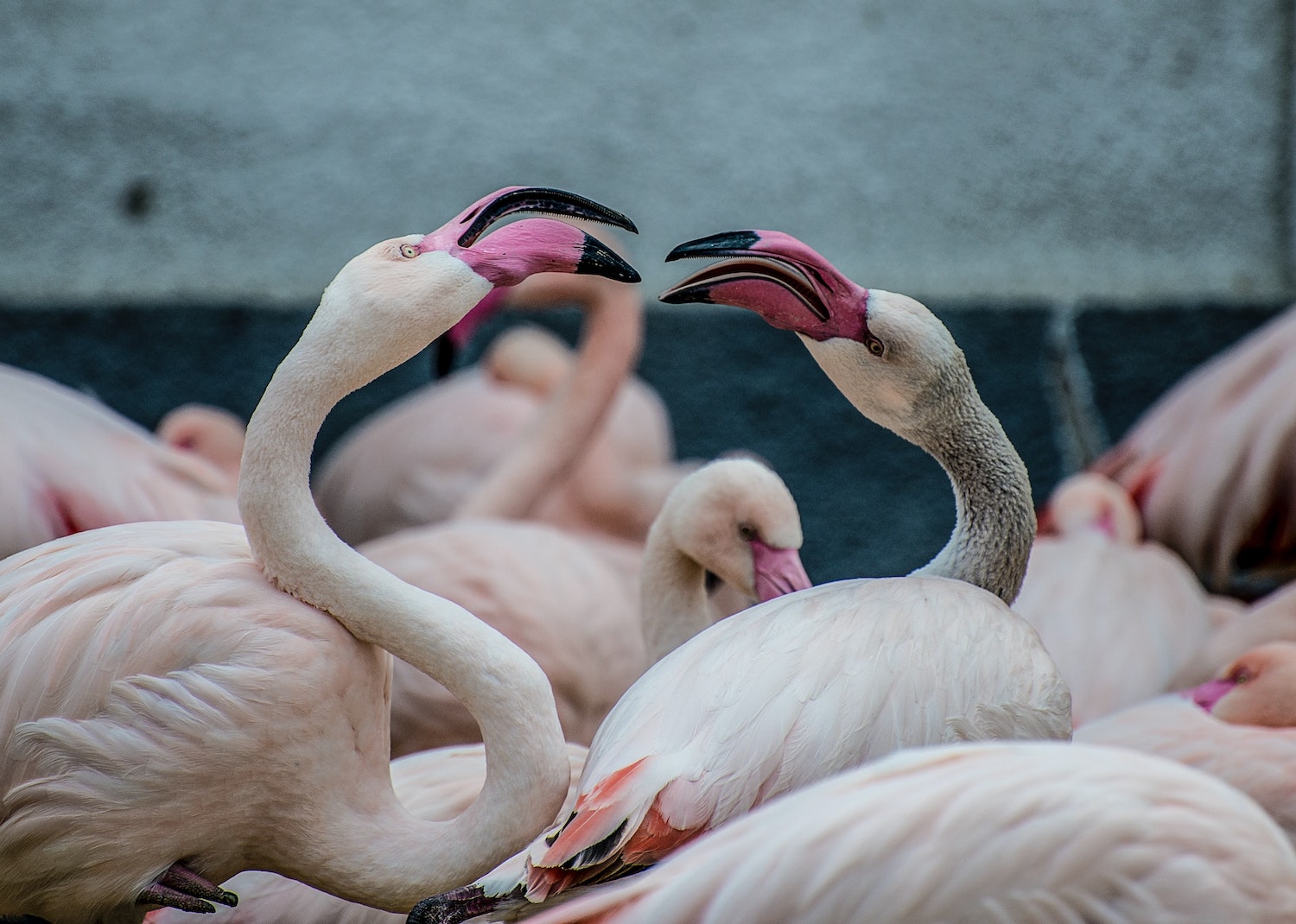 For many birds, you’d be forgiven for thinking survival of the funkiest is the name of the game. Courtship displays are fascinating to watch, but for the birds themselves, they mean the difference between actual life and death of the family line.

It’s the way of the civilised world – before sex, There Must First Be Flirting. And it should be good flirting, not some half-baked wink and a nod in a certain direction.

Birds are some of the most versatile performers of the best dance routines around to try and attract a mate, and we’ll take a look at some of the stars of the global show a bit further down.

Before sex, there must first be flirting.

But why do they do it? As one of the defining characteristics of a living organism, being able to reproduce transforms to an instinct, something that just needs to be gotten on with, so what’s all that fussing about for?

Well, whoever said romance was dead has never seen the lengths some birds will reach for to get that perfect mate. Because that’s what it’s mostly about: in the danger-filled world of the bird, the match needs to be perfect, or as near as the best they can achieve, because the offspring are going to have to be strong, quick, and clever to stay alive out there. In the animal world, genetics rule.

It has long been thought that the males carry the burden of impressing the otherwise aloof female, that is, the males perform for anyone that happens to be watching and the female chooses based on the performance.

But recent research into the composition of a bird’s eye and the evolution of plumage are beginning to suggest the male will only perform for the best female too, and not just any old bird. The feather colours of a female bird, often thought to be vastly understated compared to the male, may indeed play their own role in the mutual attraction.

Females will use an absurd amount of their lifeforce to produce eggs.

Whatever the state of play, it is clear that male birds often put a lot more physical energy into the relationship, at least at the beginning. The females will use an absurd amount of their lifeforce to produce eggs, so it stands to reason that the male’s initial expenditure of equally vital calories must outweigh the risks for both involved.

Thus, courtship displays are a form of two-way communication. Simply put, they are both saying: for the kids to be alright, you’ve got to be worth my time.
‍‍

All displays will need to be highlighting a few very important abilities: stamina, strength, vigour, and health. Some are performed solely by the males, whereas others involve pairing off and engaging in a duet, often a dance or a song learned through the ages but also peppered with impromptu changes – any mistakes made or an inability to follow and reciprocate will likely indicate inexperience, or that there is a weakness somewhere: the pairing at that point is often abandoned.

‍Songbirds will use their voices, with the more experienced or older ones producing intricate variations or impressive volumes, showing the female that they can stand their ground, that the territory waiting for you will stay ours.

Other brightly-coloured birds will show off their plumage to show that they can find an abundance of the food that gives their feathers the colours in the first place. Birds that use tools may present their hoped-for partners with the best stick around, or a bird may present another with some food, not only proving they can find it, but that they can share it.

In some mating rituals, a male bird will actually place a morsel of food such as a seed into the female’s mouth, to indicate that they are not only capable of rearing chicks, but willing to take part too.

Do birds fall in love? How much romance is in their lives? Is there any at all? Read more!‍

Then there are the wholly individual architect birds, like the bowerbird. These plain-looking birds have found a way to impress the ladies with their construction skills.

Building a nest before she’s even appeared is a risk but it shows to other males that territory is to all intents and purposes taken, so on you go. He will need to defend it and maintain it up until the moment of courtship, and bowerbird nests are always adorned with whatever they can find.

One of the more hilarious pairings observed in the natural world is that of the lesser flamingo.

Some birds will gather together en masse in clearings, known as “leks” – birds that do this are “lekking”. This essentially entails a dance off, a communal mating display. Famously, peacocks lek, but one of the showier birds to crowd-please is the western capercaillie, a type of grouse that inhabits the forests of Eurasia.

The females will line the edges of the open arena whilst the males will puff out their chests, fan their tails into a wide semi-circle, and sticking their necks out long and high will strut about and often fight other males to gain ground.

These birds are particularly dedicated to the dance, and often there will be fatal injuries, or they will collapse and die from exhaustion.

‍Another bird from South and Central America that gathers in a small lek is the red-capped manakin. Instead of using a dance floor, they’ll pole-dance instead, each selecting a suitable branch, where they will snap, flap and buzz their wings about their heads, and rapidly move up and down the branch in what can only be described as a moonwalk.

One of the most well-known courtship rituals, however, is that of the grebe family. These birds put each other through some of the most complex sequences ever, starting with elaborate and lengthy head movements that must be matched and maintained, and some like the Clark’s grebe or western grebe actually end with both birds walking on water.

Well, sprinting is more accurate. By slapping their feet on the surface of the water at a rate of 20 slaps per second (humans can just about manage 5) the grebes generate enough force to rise up and run along the surface of the water covering a distance of around 60 feet in just a few seconds. If you can keep up with each other, a pairing follows.

‍Finally, the flamingo. One of the more hilarious pairings observed in the natural world is that of the lesser flamingo. This pairing is made all the more difficult as it involves dancing in time with each other in a huge group of around 50 – 100 individual birds, of both sexes.

Each bird stretches their neck and holds their head high, then in unison they will march up and down in rapid and lengthy formation, snapping their heads back and forth as they try to catch the eye of another.

Eventually two who like what they see will manoeuvre towards each other and perform more dancing, and if all goes well and the routine matches, there’s your lifelong dancing partner.

‍Understanding the different types of display can help you recognise when courtship is under way, and should help you understand when to steer clear. Attracting mates is a demanding process, and any disruption could cause the birds to abandon their efforts, or harm a pair bond and force some to choose different less-suitable mates, resulting in a failed brood.

We do concede they are fascinating to watch, though, so if you can make absolutely sure you won’t be detected, by all means observe and broaden your birding knowledge, but if that can’t be guaranteed then take the hint, move away, and let nature take its course.