Bird Beaks – What Are They Used For? 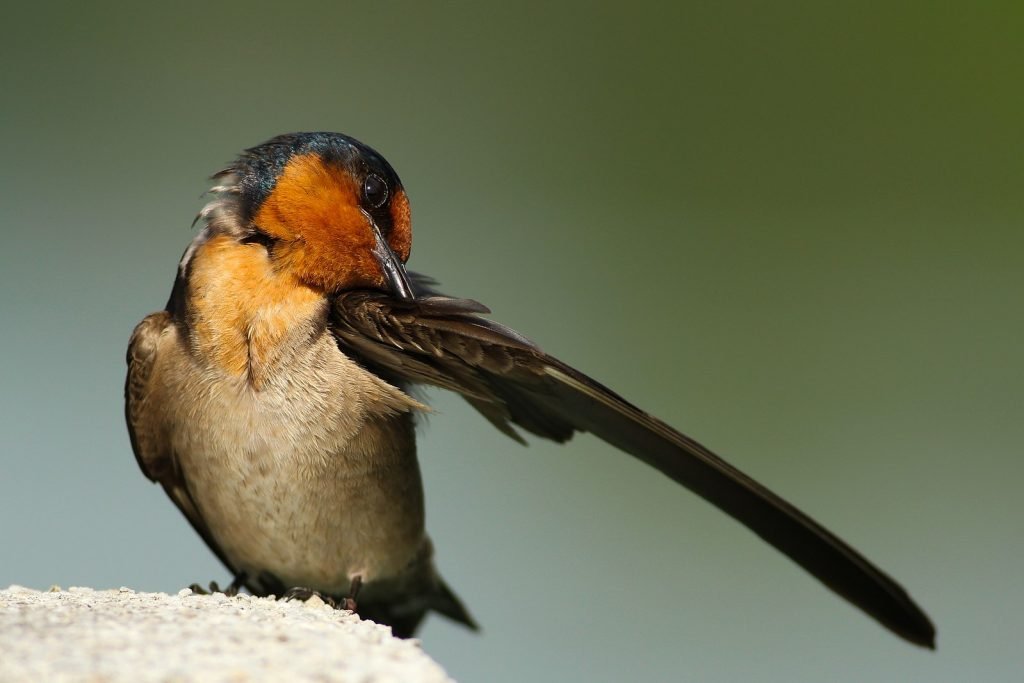 A bird’s beak is an exceptional tool. Of course, it is primarily used for eating, and the type of beak a bird has can tell you a lot about what that bird eats. But it is so much more than that, and today we look at the other things the pointy end is used for.

As already discussed in a previous post, a bird’s beak, or bill, forms the external mouth parts. Birds don’t have teeth, but their jaws. i.e., the beak itself, is made of exceptionally strong material called keratin. This is a protein that forms in layers – we have it in our hair and our nails, and it also makes slightly sturdier stuff like the horn of a rhinoceros.

Bird beaks show enormous range in shape, size, and length: cone-shaped, sturdy, stout beaks like those of finches are shaped thus to help the bird grind the hard outer shells of seeds; hooked beaks like those of the birds of prey are for swiftly breaking necks and tearing flesh; parrot family members have short curved beaks, ideal for splitting open hard fruits and nuts.

Hummingbirds dine out on nectar, most of which is hidden deep inside the organs of a flower head, so they have long probing and often curved bills to get down into the juicy food. Insect eaters like robins, thrushes, flycatchers and bee eaters have straight or slightly curved thin beaks, or those of the swallow are flat and wide to snap insects out of the air in flight.

The beak is not just the external surround of the mouth – it is a tool.

But what you’ll notice about all of these beaks is that they are specifically adapted to the habitat that the bird’s food is found in. It’s probably quite reasonable to say that the majority of bird’s food doesn’t come readily prepared to scoff from a plate; in many cases, it has to be retrieved, perhaps from out of the bark of a tree or from under a stone.

There have been a number of studies proving that those families of birds who must prise open and extract their food from various obstacles also exhibit exceptional problem-solving abilities.

Many birds eat seeds and use their beaks to get to the nutritious softer kernels inside, but crossbills have adapted to their specialist diet of dining on conifer cones. With so much competition for seeds, these birds have chosen to eat what no one else will, meaning they will always have first, if not only, dibs on their meal.

But those juicy seeds hide deep within the cones, so crossbills have developed just that – a bill whose tips cross over each other at the end. The bird inserts its bill between the conifer cone scales and twists the lower mandible towards the side to which it crosses, and then the bird scoops out the seed at the bottom of the scale with its tongue. Therefore, the beak is not just the external surround of the mouth – it is a tool.

One of the more obvious examples of birds using their beaks as tools is during nest-building. Birds have mastered how to manipulate grass, branches, mud, stones, even pieces of human rubbish like bottle tops and sweet wrappers, string and hair.

The vast array of nests that birds build is astonishing, such as the social weaver bird’s interconnected treetop colonies to the elaborate ground nest of the bower bird, adorned with bright coloured objects like feathers, foil, shells, and flower petals.

Bird nests usually only last a single season and are abandoned to the elements once the young have fledged, but their sturdiness to protect the chicks and expand as they grow is a testament to many a bird’s engineering skills.

Another use for a beak is preening – what we refer to as grooming. Many songbirds can easily have between 1,500 and 3,000 individual feathers, and larger birds of course have more, with swans known to have 25,000 of them.

Every bird has to ensure that each feather, one by one, is aligned to the contours of the body and in place with its neighbour so that they perform well in flight, and interlock to keep in the warmth and keep out the cold and wet.

Poorly preened feathers are an excellent indication of something being wrong.

Parasites can wriggle close to the skin and cause such a distraction, but one quick flick of a well-timed beak and the itch has been scratched. Many types of birds preen to re-waterproof their plumage, distributing oil from a special gland at the base of their tail feathers back up across the whole body.

If a bird doesn’t preen, the health and condition of the feathers deteriorates and bald patches then occur. Often, this is temporary and whatever it is that led to the pause in preening passes, and the feathers grow back.

But if preening halts for any reason, especially during the seasonal moults when old worn-out feathers drop off and new ones need to be encouraged out of their shiny sheaths, this can spell the end of that bird. They can’t fly without feathers, and birds with plumage problems are unlikely to attract a mate; starvation and loneliness may be on the horizon.

The mechanisms causing a bird to stop preening are complex and varied, but almost always point to an underlying illness. This means that poorly preened feathers are an excellent indication of something being wrong with that bird, that can then be helped if spotted in time.

There are several well-known studies and video footage of one of the world’s cleverest bird families, the corvids, using their beaks to hold onto additional tools like sticks and pebbles, turning the implement of choice around and about using their tongue, another object, or the ground as a fulcrum.

But one study that has recently sent a wave of astonishment and excitement through the science world of birds is that of Bruce the Kea. Keas are the world’s only alpine parrots and live in New Zealand, and they are known for their very cheeky ways and exceptional intelligence.

Bruce was found in 2013 as a juvenile, but what stood out for Bruce was that he had either developed a deformity or been injured by a trap – the top part of his beak was missing. Had Bruce not been found by researchers collecting data on the Kea populations at the time then he would surely have perished, and so he now lives on a wildlife reserve in Christchurch.

Whilst scientists can help him with eating and drinking, preening is more complex. But Bruce suddenly started to do something that astounded everyone – he poked around in the dirt with the lower half of his beak, selected a specific pebble, and using his tongue, he pushed it through his feathers to dislodge mites and dirt, and sort his feathers out.

This is the first instance ever of a bird in the wild being seen to use tools for self-care. What is more remarkable is that Bruce has never been shown this by any other Kea; it is thought that parrots are highly intelligent due to their social lifestyles and sharing of information, but this bird in solitude figured it out on his own.

When you are next birdwatching, keep a look out for birds using their beaks for something other than eating, and be amazed at their adaptability and agility.