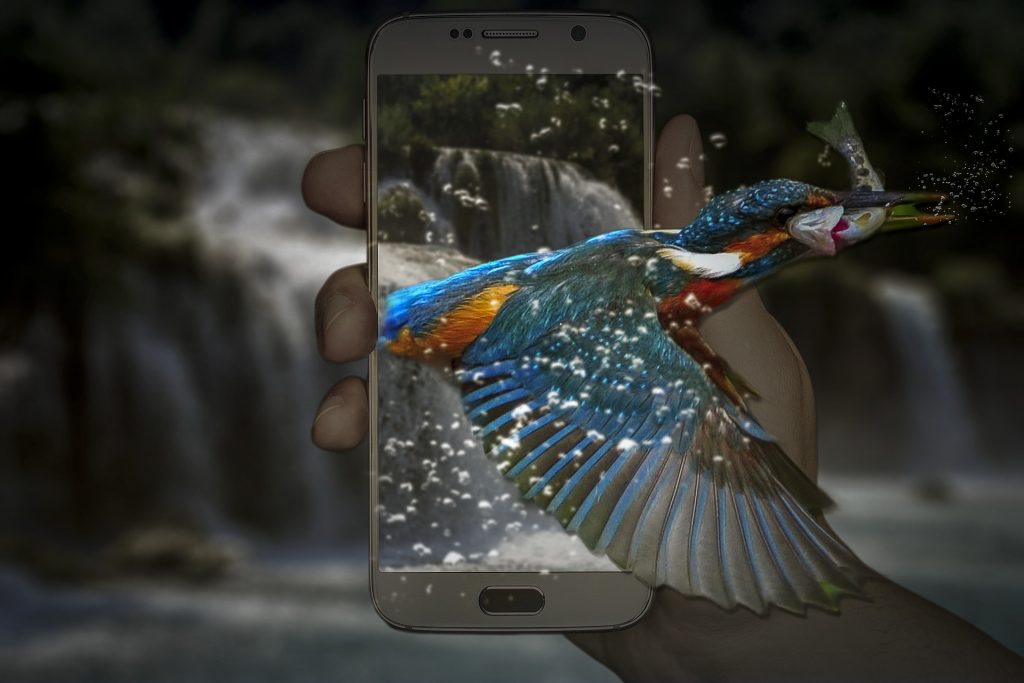 The advancement of technology for birding apps is showing no signs of slowing, with some now incorporating birdsong ID capabilities and other amazing features. We look at the range on offer, how they help conservation, and try to predict what will happen next…

Whilst there is no replacement for a field guide, binoculars, and some quality time spent outdoors peering into the void trying to find those birds, it has to be said that birding apps have become very popular, and rightly so.

For decades, birdwatchers have marched into the misty mornings armed only with a few items, good intentions, and some sandwiches for a day’s discovery of the bird life out there.

Many times, they have returned jubilant and gushing with tales of their sightings, and perhaps just as many times returned a bit disappointed and unsure what they actually did glimpse up among the treetops after hours of squinting and muscles cramping into “warbler neck”.

Once at home the PC would be cranked on, and eventually a Google image search may or may not reveal the mystery bird.

There are some excellent bird guides available in the world, especially those that show the female and juvenile plumage as well as birds in flight and the pattern they trace through the sky; but wouldn’t it be amazing if there was something that gave you access to every single bird there is, every photograph in every light and from every angle, or short recordings of birdsong or alarm call, to help you with your identification?

Wouldn’t it be amazing if there was something that gave you access to every single bird there is.

What if there was also something that allowed you to log that sighting right there and then: the time, the location, the weather, the condition of the environment, the behaviour. All of this information embedded in a global database to be stored forever, and accessed at the click of a button. Enter the world of apps.

The word ‘app’ is short for application, which seems to be a bit of a meek underused word for what these small icons of joy can do for you when installed on your device.

Twenty years after the very first call was made in 1973 on a cellular phone by American designer Marty Cooper working for Motorola, IBM introduced a calendar app, contacts app, and calculator app for their Simon Personal Communicator phone, now retrospectively referred to as the first true smartphone.

Not long after, Nokia introduced the game Snake on their 6110 models, and in the years that followed you could suddenly find almost anything you needed from app stores made available on your device from Apple, Google, and Windows (now Microsoft).

Ten years ago, there were a handful of birding apps that seemed revolutionary at the time, and they were, but pale in comparison to what can be accessed nowadays. The incorporation of certain tools like gyroscopes and location data have changed the experience forever, enhancing functionality and therefore the user experience.

Many of us can’t picture going on a birding jolly without taking our smartphones along, as this has now become an invaluable tool when trying to identify birds or their songs out in the natural world.

Leader of the field

The best bird ID apps allow you to apply filters to describe what you have seen – relative size of the bird, colour of plumage, habitat you saw it in, and so on, and many now also come with downloadable species lists for your location, which the app can determine through the GPS or Wi-Fi settings on your device.  If you can’t see the bird but can hear it, some also have the ability to record birdsong and will then match it against online recordings to identify the bird that way.

Turn the experience of learning birdsong into a clever game.

For those starting out in birding, downloading a field guide app is one of the best things you can do. By all means take your physical book along with you and cross-reference, see what one has to say against the other, as this is often a valuable learning experience.

However, considering the cost of a decent field guide, maybe installing an app like The Audubon Bird Guide app first can pay off, as it is free, and packed with information and great for beginners. The iBird series by Mitch Waite Group are also excellent, but do cost an initial fee.

Some also turn the experience of learning birdsong into a clever game, the most popular of which is Larkwire, although at the moment this is only available for iPhone and iPad, and in North America, and you do have to pay for them.

Spiny Software run a similar and cheaper app called Chirp! Bird Song USA, again, only from the Apple store, but they also have one called Chirpomatic which is free and has an Android version too. Learning birdsong via these recognition apps can help out in so many situations when those pesky birds just refuse to show themselves but can be heard all around.

You are helping conservationists around the world gather vital information.

Perhaps one of the most well-known birdwatching apps around is eBird, not least because it is globally accessible and hosts downloadable species lists from everywhere in the world. The largest citizen science database around, eBird is hosted by The Cornell Lab of Ornithology and whilst it can be a bit clunky at the beginning, it is a superb resource for finding recently sighted birds in your area as well as being able to log your own.

You do need to register an account, but it is free, and they also have a support page to iron out those beginners’ furrowed brows. Cornell also host BirdNET, a research project made into an app platform to help train AI to recognise birdsong, as well as Merlin, a bird ID app available for six continents, that now has integrated sound identification, (currently only for around 400 species in the USA and Canada, but with plans to roll out across the world in the wings).

One of the most beautiful bird guides to date has been created by the now world-renowned David Sibley, an American ornithologist who found that the guides he looked at didn’t show everything he needed to see in real terms, so he decided to create his own.

The series of the Sibley Guide to Birds now includes an app, Song Sleuth, that is a collaboration with Wildlife Acoustics. Again, only available in North America, it features the author’s beautiful illustrations.

As the world of apps mutates and morphs into ever new wonders, some of us will need to wait a little longer; the difference in availability of certain exemplary apps can be limiting, but most apps are now developed with versions suitable for iPhone, Android and Microsoft operating systems.

However, you can usually find an equivalent in your app store just by typing in “bird ID app” and download a few to see how you get on.

A few notes of caution – always read the reviews of apps before you download; like anything, getting genuine user feedback is vital and there is no shortage of people ready to inform you how the latest update has slowed things right down, or added new features that stand out, or certain features are glitching etc.

Be aware that whilst many apps are free, there may be in-app purchases, or you may be plagued by incessant adverts that can ruin the experience. Sometimes it is worth paying up front for the “pro” version of an app, but make sure you read those reviews first.

The main thing about apps is that not only do they give you access to so much more, some like BirdNET also learn the more you use them. It would take a field guide the size of Proust’s Remembrance of Things Past to match the content possible to glean from the current apps out there: you are essentially carrying around a vast library in your pocket.

What’s more exciting is that the library is going to get bigger and better as more and more information comes from the users – that’s you. And remember, with every sighting you submit and every song you record, you are helping conservationists around the world gather vital information about migration routes, population sizes, where the rare species are, and so much more.

The anticipation among conservation and research organisations about the potential for so much data is growing as the apps do. Perhaps even one day there will be an app that alerts us to the presence of a species not seen for many years, with the right device placed somewhere in the world.

The ability to recognise even individual birds will open up so many habitat management opportunities; it is easy to see why conservation groups are keen to work alongside app developers. A great birding app is a small god among us, enlightening our minds with facts plucked from the ether, taking away our doubt, helping us discover more birds, and most importantly, know they are still there.